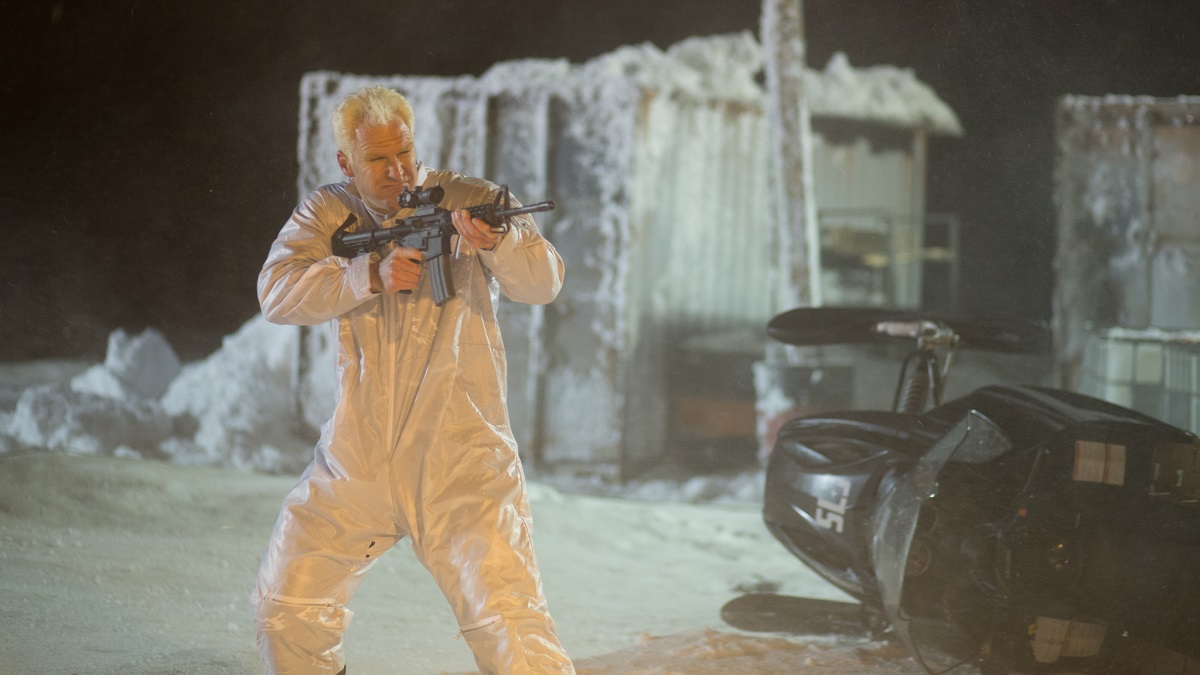 The lawless world of VOD action movies is a strange place, one where you’ll find the most unhinged concepts you’re ever likely to lay eyes on, and many of them end of spawning franchises. Sadly, those with a soft spot for a sprinkling of science fiction over their silly shoot ’em ups were not fortunate enough to see 2013’s Ice Soldiers give rise to a slew of sequels.

The title is both completely on-the-nose and yet somewhat vague at the same time, which pretty neatly sums up the sense of silliness (intentional or otherwise) that defines director Sturla Gunnarsson’s film from start to finish. Ice Soldiers is indeed about soldiers found in the ice, but that doesn’t tell the whole story.

These particular members of the military also happen to be genetically-enhanced Russians buried in the frozen wastelands of Canada at the height of the Cold War, ready to be defrosted and sent south to infiltrate and attack the United States as and when required, with a team of scientists accidentally thawing them out to send the red-blooded Reds on the rampage.

Some of the cinematography is surprisingly accomplished, even though we kinda wish Ice Soldiers had planted its tongue as firmly in its cheek as possible and gone for broke, as opposed to the weird and jarring tonal shifts that happen throughout.

Streaming subscribers don’t seem to mind, though, with FlixPatrol outing the forgotten frosty fantasy as one of the top-viewed titles on the iTunes rankings over the festive period – proving that anything with a hint of snow can capture the Christmastime crowds.