x
Review of: Sundance Review: 'After Yang explores the grieving process with compassion'

Colin Farrell and Jodie Turner-Smith lose themselves to loss in this meditation on mortality. 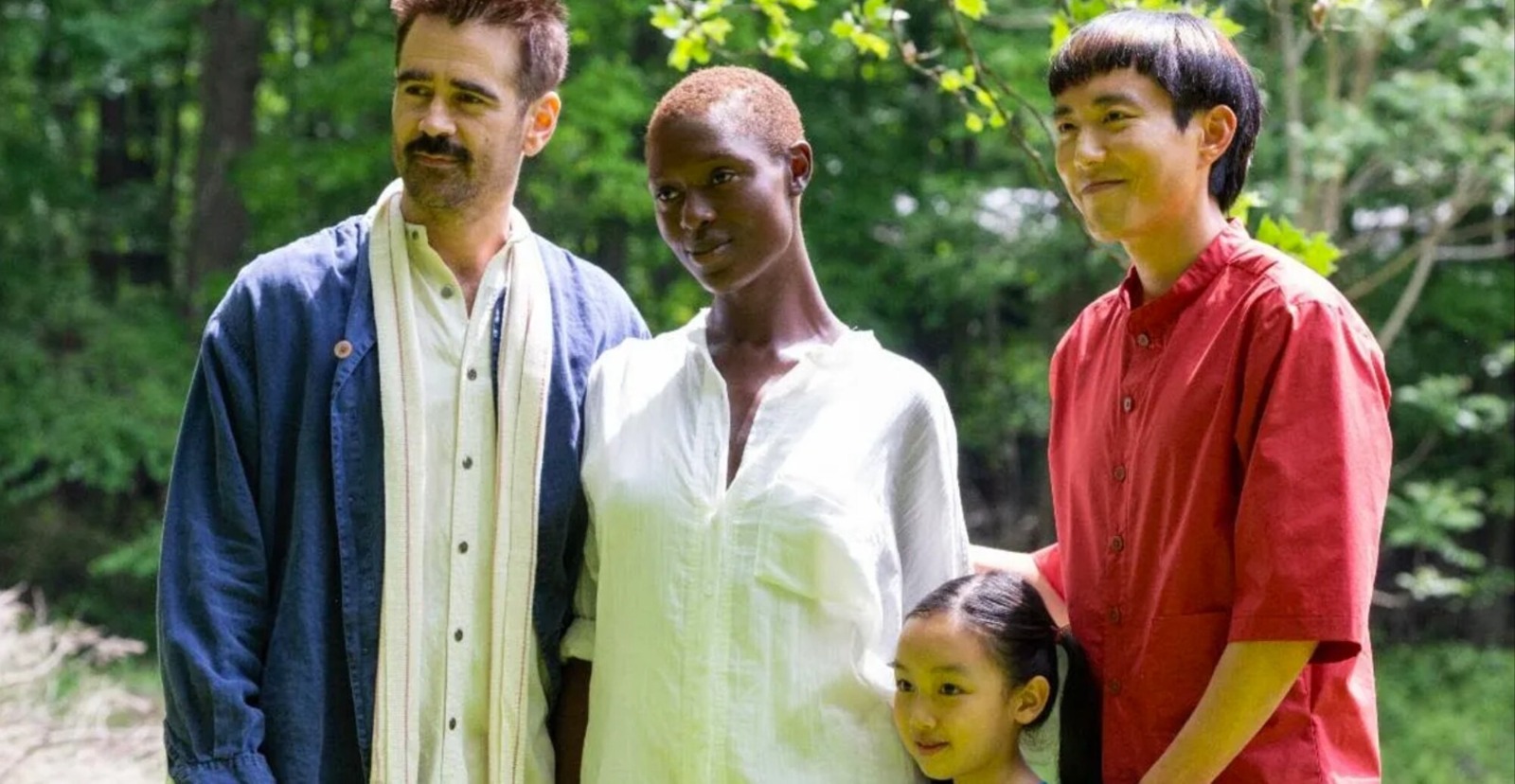 After Yang, writer-director Kogonada’s brooding meditation on the grieving process, could be accused of lacking a satisfying sense of pace.

Set in an indeterminate future, Kogonada’s sci-fi drama documents the fallout that follows when an artificial life form ceases to function in a family home. Colin Farrell, Jodie Turner-Smith and Malea Emma Tjandrawidjaja form the emotional core of this drama, in which a lengthy amount of time is devoted to quiet reflection.

Cut glass architectural design and subtle mood lighting create a unique ambiance in the aftermath of the ‘death’, as these characters gradually adjust to the absence of their now-defunct, inorganic co-inhabitant. Peaceful plays of light reflect off polished surfaces and days pass by as emotional resolutions are sought, while audiences are gradually drawn in by this understated drama. Farrell brings a quiet solitude to the portrayal of Jake, who specializes in blending teas for some select clientele. Meanwhile, Turner-Smith applies gentle pressure to him as Kyra, trying to elicit a response that will appease their young daughter.

This all coalesces into a narrative that Kogonada asks his audience to invest in without offering them a destination, meaning that After Yang feels rudderless at times. This is compounded by the haunting orchestral score from ASKA, which gives everything a Far Eastern flavor through the infusion of specific instrumentation. That in turn gives events an otherworldly feel that underpins the more abstract methods of grieving which take place.

This inherent disconnect between the three main characters is counteracted by the use of flashbacks, as each family member spends personal time with Yang. In those sequences, audiences are offered the view of a night sky filled with thousands of stars, each representing unique memories particular to that person. There is an inherent poignancy that plays out in those moments, as both Jake and Kyra step back in time to relive their memories.

Key to the impact of these scenes is some very clever sound design, which overlaps dialogue through repetition as if words were echoing back from a time long passed. Justin H. Min also goes beyond expected convention as Yang in these exchanges, hinting at an emotional depth that should never exist. His connection with each family member feels overtly human and yet tinged by a childlike curiosity. The actor works hard to maintain the façade by dialing down his emotions, expressing a genuine desire to learn, but still remains emotionally distant, resulting in possibly the most complex performance on screen, yet one which may slip by unnoticed.

In his efforts to expand the canvas further, Kogonada also addresses the notion of cloning within this society, and Haley Lu Richardson is tasked with bringing that idea to life through Ada, if only to explore the emotional range of Yang outside the family dynamic. In his search for answers, Jake encounters her and begins to understand what Yang really represents. From his perspective, life is something to be experienced, valued and remembered with fondness, rather than fretted over and wasted in frivolous pursuits.

For those hoping to get a science fiction film filled with awe-inspiring effects, conventional set pieces and other more obvious genre tropes, preparations for an altogether different outcome should be made. After Yang is more about dealing with realities rather than offering up any type of escapism. It deals with the notion of emotional reconciliation in relation to loss, where people attempt to tackle the simple task of moving on. Ultimately, how much pleasure audiences garner from this film will depend heavily on their understanding and openness to these concepts.

However, even if After Yang falls short in conventional terms when it comes to mainstream entertainment, there is no denying the power of what Kogonada is trying to say. He is asking audiences to consider their relationship with the things they value, while perhaps encouraging them to redress any perceived imbalance. In so doing, there is then the potential to instigate change, open up more opportunities, and fulfill potential.

In terms of low-temperature concepts, After Yang hits all its intended intellectual levels, encouraging introspection and re-evaluation for those willing to engage. For others, it might be considered a tedious and self-indulgent exercise in navel-gazing, not only due to its status as an art-house film with minimal mainstream appeal, but for featuring performances from its central trio unlikely to get pulses racing. That being said, whichever side of the line people fall, there is no denying that After Yang is worthy of debate.

Sundance Review: 'After Yang explores the grieving process with compassion'

Colin Farrell and Jodie Turner-Smith lose themselves to loss in this meditation on mortality.