x
Review of: Sundance Review: 'Something in the Dirt requires some heavy lifting'

Something in the Dirt is a film with a very specific audience. 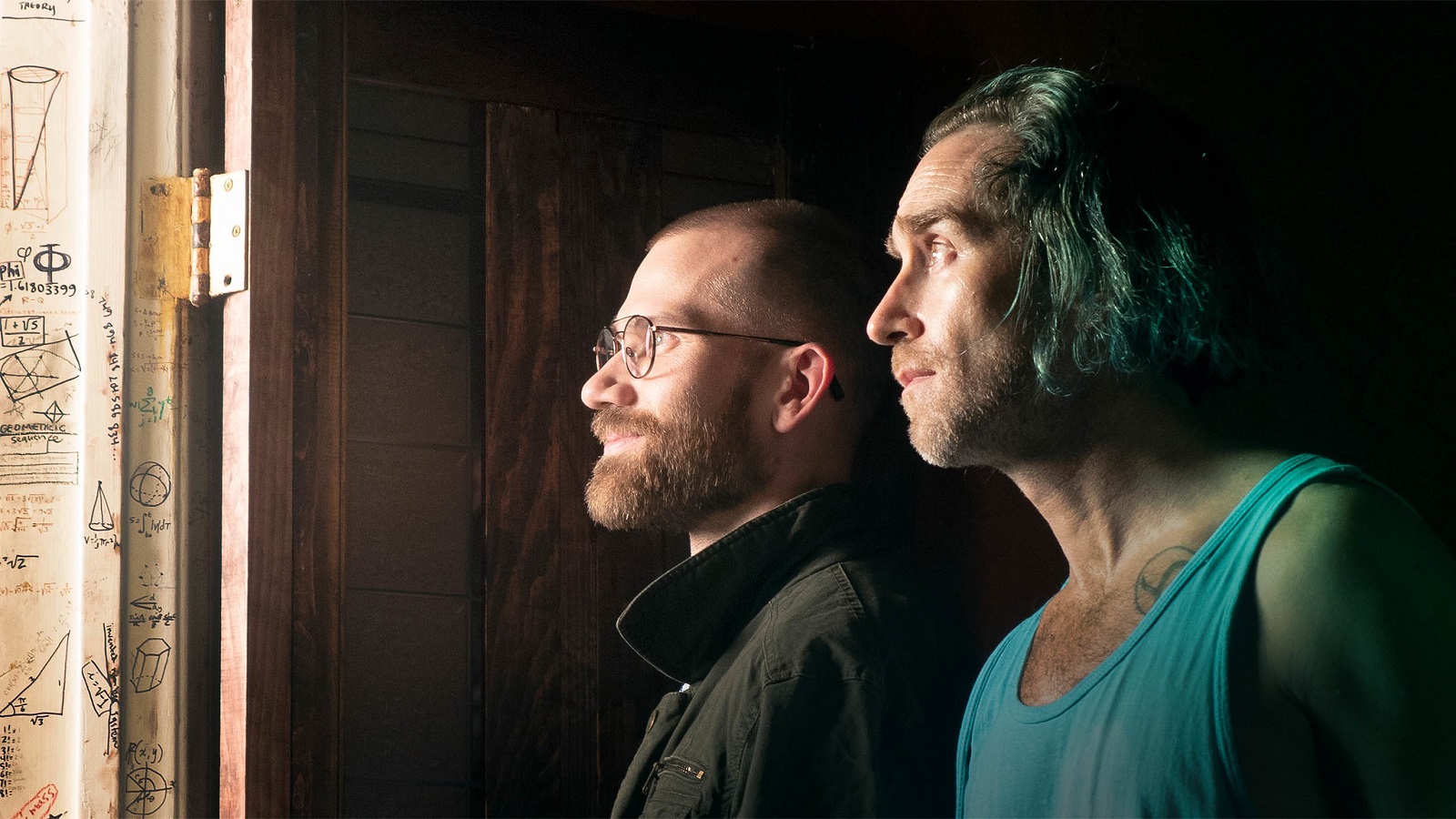 This lo-fi indie effort from Justin Benson and Aaron Moorhead makes for a dense watch. On the surface, Something in the Dirt concerns itself with supernatural phenomena, Los Angeles planning grids, and Pythagoras’ theorems. Numerous segues between Benson’s John and Moorhead’s Levi also concern discussions on gravity and geographical ratios, which in turn naturally revolve around their shared apartment block.

In fact, their conversations contain so many tidbits of information that determining their importance soon feels like an exercise in futility. Benson often leads the way, conversationally, offering up bizarre information wrapped up within mundane topics. Over time, as they gather video equipment, uncover unsavoury information, and record floating lumps of quartz, it becomes increasingly difficult to get a grasp on narrative. The talk of wormholes, time travel and the constant scrapping in their attic also begin to give off a genuine sense of unease.

As events escalate, random talking heads are thrown into the mix, and everything is lent a found footage feel, this film shows promise. Moorhead and Benson are good in their densely-written roles, while closed circuit cameras capture all manner of strange things. However, this film suffers from an overabundance of ambition, which is evident in the limited effects budget that hamstrings certain elements.

In their desire to make something truly memorable, dialogue scenes are jam-packed with more information than necessary, as these film makers struggle to get everything in. Any visual embellishments only add to the overload, which carries on throughout the running time. Character development suffers as a result, since their single location and tight narrative perimeters require back story to be offered in flashback — no bad thing given their constraints, but it does hamper the story by adding to the congested feel on screen.

There is no doubting the ambition of Something in the Dirt, which strives to be a supernatural science fiction hybrid, with two coherently-defined characters at its core. On one hand, it offers up a barrage of information for audiences to absorb, whilst also attempting to inject endless invention into a very simple premise. Unfortunately, this approach is what ultimately proves its undoing.

What results from this conceptual excess is indifference and disinterest; from an audience perspective, it starts to become an endurance test, rather than an enjoyable journey. For that reason, it also ceases to be an interesting character study, as the need for extraneous plot devices get in the way of progression.

From a technical perspective, however, it is phenomenal that Aaron Moorhead and Justin Benson had a hand in everything, from direction through editing. In many ways, Something in the Dirt exemplifies everything that Sundance champions, in terms of filmmaking; innovation, perseverance and ambition. Each filmmaker pushes to bring something unique and memorable onto a world stage, by way of this globally recognized platform. Sundance as an ethos is something this feature film, and both its makers, embrace with both hands.

In their conscious reworking of genre tropes from Paranormal Activity and countless other mainstream franchises, Something in the Dirt shows a deep rooted love of cinema. Elsewhere, their love of Steven Spielberg’s Poltergeist and Chris Carter’s X-Files also shines through, which will have audiences wondering whether Moorhead and Benson could have fashioned something more cohesive.

By overthinking their simple premise, Something starts to resemble an intellectual exercise, one which consistently demands more from its audience. In all fairness, most cinema audiences prefer a challenge to having everything handed to them, but here the filmmakers have really tested that contention — not only in their seemingly-haphazard method of storytelling, but also in the shooting style, which drains momentum.

Ultimately, Something in the Dirt disappoints for a multitude of reasons, not least of which is the optimism that slowly dissipates as things progress. To call this an ambitious misfire is being polite, as the investment required going in never fully collates with the level of satisfaction audiences expect coming out.

Sundance Review: 'Something in the Dirt requires some heavy lifting'

Something in the Dirt is a film with a very specific audience.