x
Review of: Sundance Review: 'When You Finish Saving The World reveals Jesse Eisenberg to be a writer director with promise' 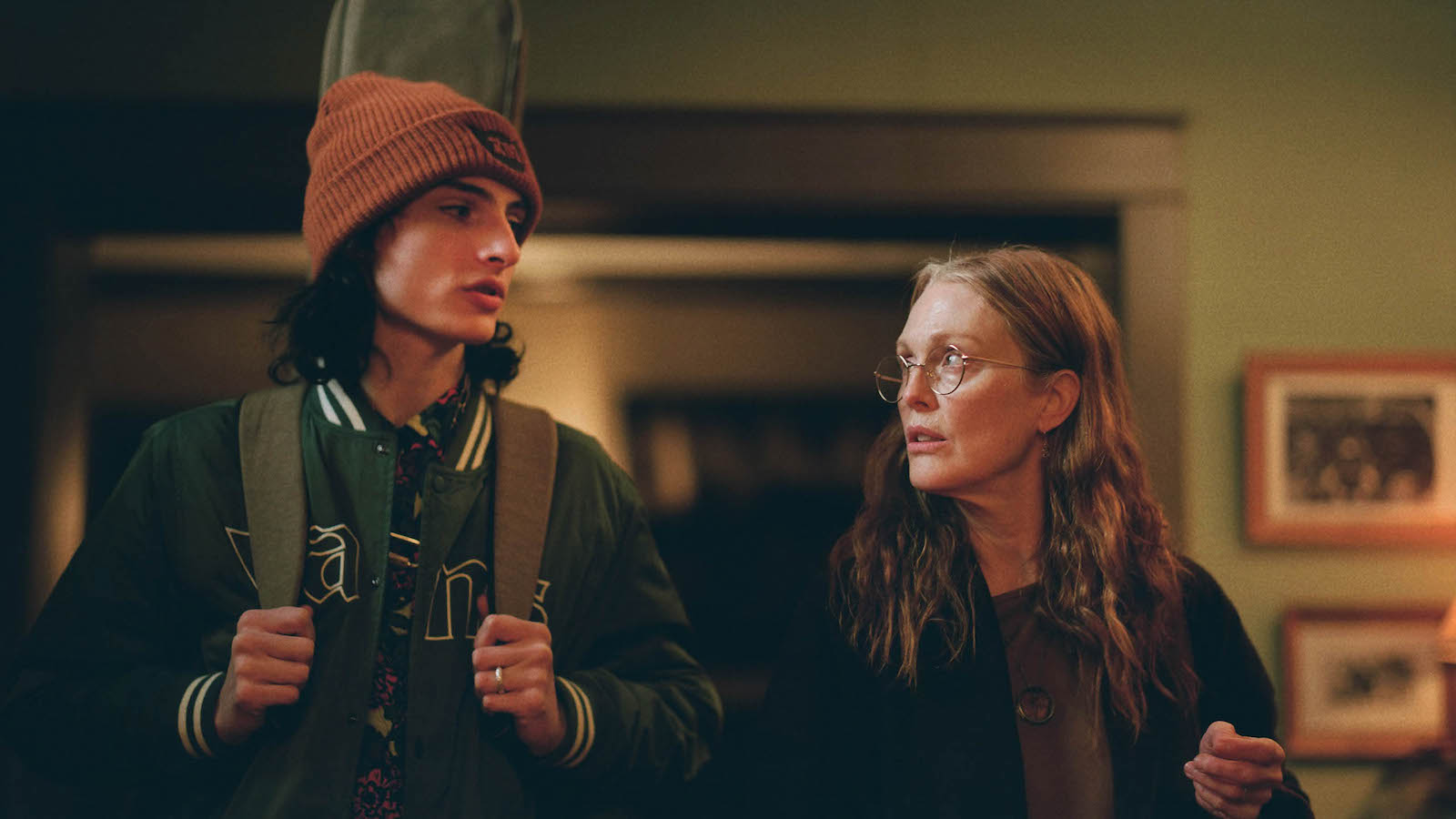 Actor Jesse Eisenberg has made his mark in front of the camera for over two decades, either as the eponymous creator of Facebook in The Social Network or in more mainstream fare that saw him go bald as DC’s Lex Luthor. Although his career has tended to plough its own furrow, he has periodically deviated into commercial territory, most notably with Zombieland and its follow-up Double Tap. Those detours aside, he remains most effective in low-key character pieces, opposite actors like Jason Seigel in The End of The Tour. Elsewhere Eisenberg has made consistently solid contributions to projects like Richard Ayoade’s adaptation of The Double and Kelly Reinhardt’s environmental thriller Night Moves. For that reason, it is no surprise that he should choose a small character-driven story as his directorial debut When You Finish Saving the World.

The film, also written by Eisenberg, stars Finn Wolfhard and Julianne Moore, who spend a majority of the running time at loggerheads thanks to the cultural chasm and generational divide separating them. Their miscommunication between mother and son forms the backbone of the film. Wolfhard plays Ziggy, who spends his days playing saccharine-soaked sonnets on his guitar to an adoring global fanbase. Isolated yet idolized, he lives within a bubble of his own making carving out an existence within the confines of social media. Moore plays Evelyn, who runs a shelter for domestic abuse victims and pours all her efforts into renewing broken connections elsewhere while ignoring her own imploding family life.

Eisenberg writes with a concise and clear understanding of character and motivation, peppering their exchanges with poisonous barbs, which only leads to deeper division.

At high school, Ziggy carries over this disconnection into social interactions, especially with the focus of his affections, Lila. Scenes between Wolfhard and actress Alisa Boe are endearingly sweet and intentionally adolescent in their emotional urgency. However, her passion for real-world problems and knowledge-based debate leaves him floundering as he commercializes their connection for personal gain.

On the flip side, Evelyn is so disconnected from her son that she tries to form surrogate attachments elsewhere, most obviously with Billy Bryk’s Kyle, the son of an abuse victim.

As a filmmaker, Eisenberg stands back and observes, rather than feeling the need to over-engineer events at this point in the film. When his two central protagonists do exchange words, there is a tangible sense of collision as emotions are replaced with character assassination and intentional diminishment.

In a thankless yet essential supporting role, Jay O. Sanders stands between both as an inconsequential father figure. Roger, an academic with tenure who quietly observes the daily fireworks between his wife and son, exudes calm amongst the chaos. In his fleeting screentime, he contributes an essential ingredient, which serves to anchor these conflicting forces under one roof. As the narcissistic tendencies of both Evelyn and Ziggy escalate, their temporary connections, both at school and in the shelter, reach an unpleasant resolution. At this point, Eisenberg is forced back into the formula in the hope of finding some closure.

As a piece of filmmaking, When You Finish Saving the World is talky and detached, as you would expect from someone as cerebral as Eisenberg at the tiller. However, his interest begins to wane when it comes to drawing things to a close. The convenient convergence of circumstances that make up the final ten minutes leaves events feeling truncated as the characters too readily stumble on epiphanies. The emotional hook, which implies some kind of off-screen reconciliation, robs this film of precious momentum.

After the joint obsessions of these opposing parties are mapped out in such fastidious detail, having everything reduced down to something so clear cut is disappointing. The pleasure to be had from this piece then comes in his subtle grasp on ideocracies that offer audiences a grounded snapshot of contemporary culture. There is a fundamental disconnect between people who should be drawn together by technology rather than repelled into separate corners.

Social media influencers who instinctively encourage others to monetize everything should be using their position for something more than mere validation. Unfortunately, the statement is made with no small measure of care or consideration by this filmmaker, only for the denouncement to be diminished by narrative convention and commercial sentimentality.

Sundance Review: 'When You Finish Saving The World reveals Jesse Eisenberg to be a writer director with promise'