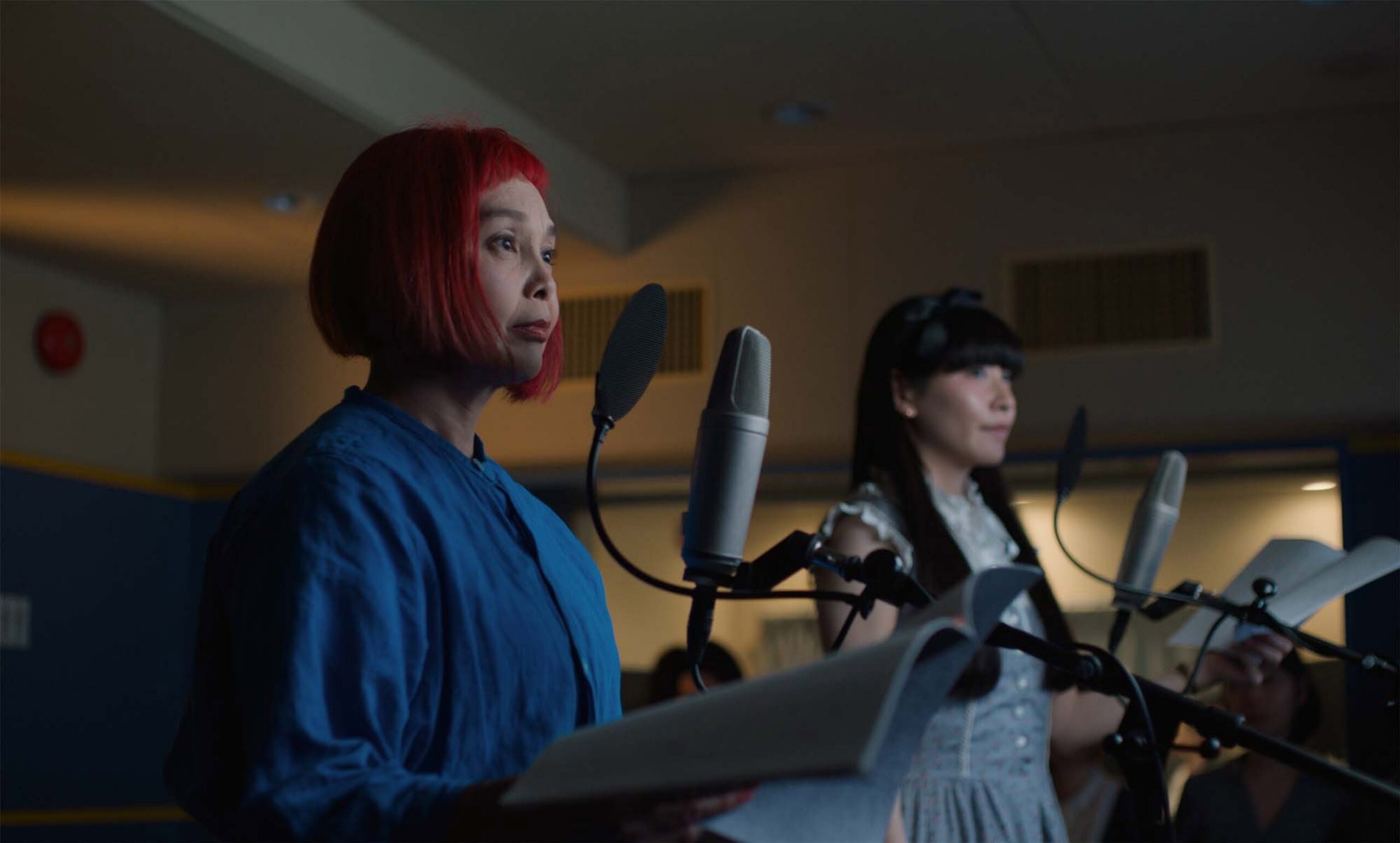 Review of: The Voice Actress

The Voice Actress is a moving 15-minute meditation on gender, age, and change that premiered today at SXSW in Austin.

Whereas in her 2017 short film Neko Sees All, writer, director, and editor Anna J. Takayama presented an autofictional monologue by a cat who has, in her nine lives, witnessed the transformation of Japanese and American cultural exchange post-WWII, The Voice Actress captures just an inflection point.

Kingyo is a voice actress and a stoic woman. From what we see, she lives alone with her fish, whom she shows incredible fondness, and remains apart from all but one other character on screen. She’s also aged, her experience seemingly made meaningless in the male-dominated industry full of leering men positioned behind the microphones and glass windows of a recording booth. Her solitude and anxiety over her position are captured in a solemn procession through Tokyo’s dreary urban landscapes.

It’s a decidedly personal subject for the L.A.-based filmmaker, who admits the character is inspired by her own mother, a voice actress in Tokyo, where Takayama was raised.

“I have always wanted to document my mother’s talent and her style of voice acting, which stems from empathy and imagination,” she says in her artist statement. “For her, all things, living and inanimate, have a soul.” Kingyo shares this perspective. We watch as she practices for an audition with her fish, whose death will later transform the lines into a moving soliloquy on the humility of life and inevitability of death as an acceptance of change.

“In recent years,” Takayama says, “I believe there has been a shift in the industry favoring voice actors who are young and ‘more visual,’ particularly for women.” There is a deep sadness to Kingyo, one that belies strength and perseverance. Takayama says of her mother: “Her style of voice acting gives voice to things in the world that don’t have a voice and a voice to things that people don’t hear.”

It makes Urara Takano’s casting as the titular voice actress all the more appropriate. Takano’s an experienced voice actress with credits in anime like Pokemon and Yu-Gi-Oh!, animation like Raya and the Last Dragon and Monsters, Inc., video games like Sakura Wars, and live-action dubs like Malcolm in the Middle and Harry Potter. In her live-action debut, Takano captures Kingyo’s lightheartedness and severity in equal measure as she embraces growth and death, transforming her understanding of her characters and performance.

The Voice Actress was produced by Joe Skinner with Video Gorse Films and features the cinematography of Conor Murphy (Mickey and the Bear). It will screen online tomorrow, Sunday, March 13, at 9 am in the U.S., and on Wednesday, March 16.