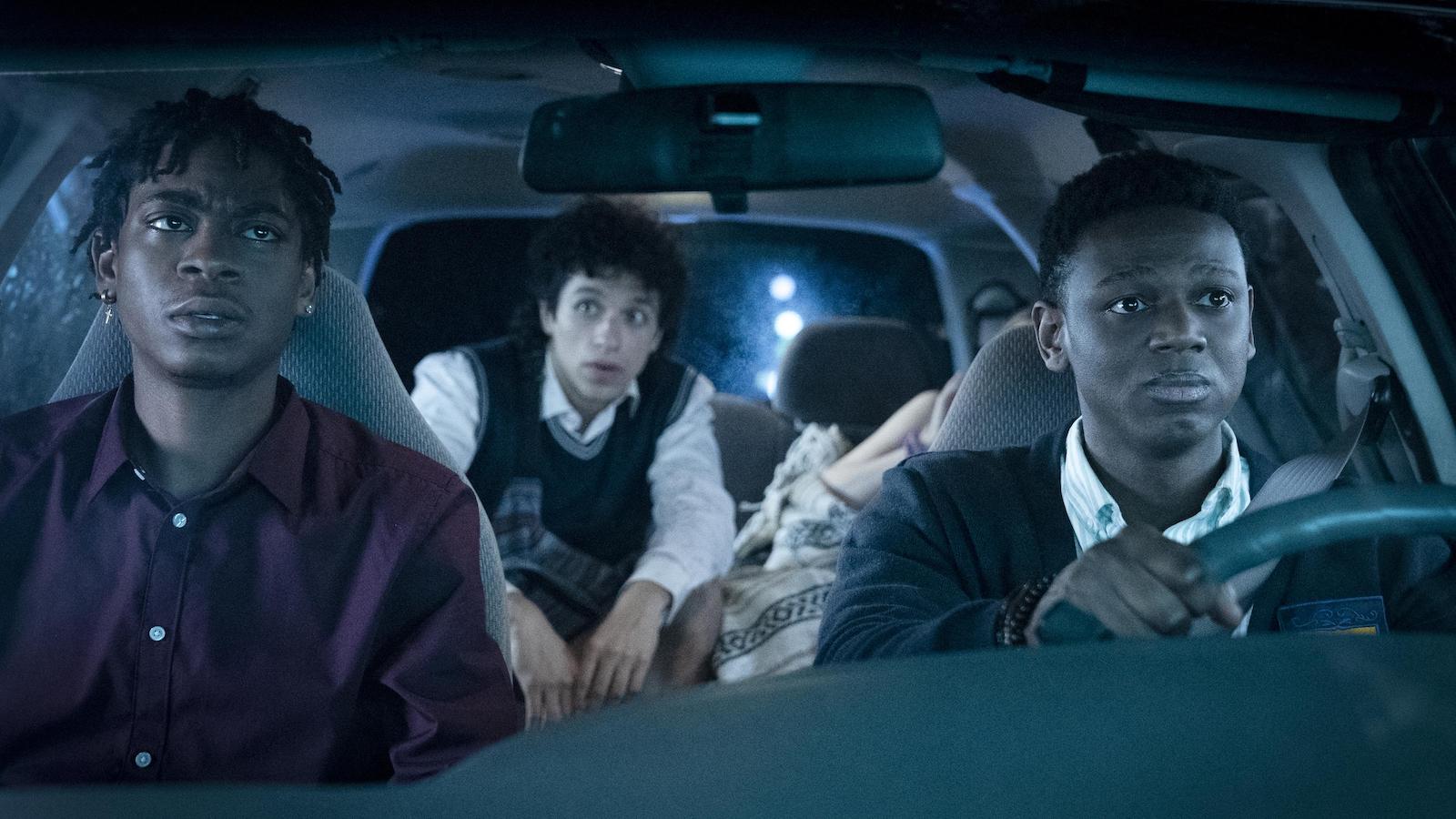 Image via Amazon Studios
Review of: SXSW Film Review: 'Emergency' struggles to strike a balance between drama and comedy

'Emergency' fails to live up to its early promise, by squandering strong performances in a search for something more satirical.

From the college campus opening to the mismatched odd-couple team up, Emergency might seem like a conventional genre movie. However, director Casey Williams and writer KD Davila have more up their sleeves than an escalating drama, with occasional dashes of comedic satire thrown in. Headlined by RJ Cyler and Donald Elise Williams, featured in The Harder They Fall and The Underground Railroad, respectively, Emergency takes an unlikely premise and then continues to compound it for an hour and 40 minutes.

With Williams on nerd duties as Kunle, while Cyler picks up the street-savvy element through Sean, they are quick to convince as lifelong friends and intellectual equals. In terms of performance, there is little to choose between them, as they are introduced during a class on blasphemy and taboos, where discussions around the n-word are taking place. This is a heavy-handed piece of foreshadowing, centered on the power of language as well as issues of perception and race. However, considering what comes next, audiences can never complain about being left in the dark.

What follows is a convoluted setup centered on completing an entire drinking challenge, which only serves to get them home where a young girl lays unconscious. As they are Black students with a Latino housemate, all standing around a passed-out white girl, this is where Emergency deviates into delicate territory. At this point, any discussions around race, either from outside parties or the police, are tempered by comedically satirical elements which defuse any awkward interpretations.

However, this quandary continues to crop up throughout the film, as Sean, Kunle, and Sebastian Chacon’s Carlos try to improve their situation. With Maddie Nichols’ Emma perpetually passed out and being pulled from pillar to post, Emergency often straddles the line between melodrama and farce as the plot continues to escalate. Through its unpredictable journey, it embraces any number of genres and does it with charm to spare.

Much of that comes down to the young ensemble cast headed by Cyler and Williams. Of the two, Williams wins out by a whisker imbuing Kunle with compassion beyond his years. Whether presented performing high-speed CPR to the Bee Gees or handcuffed face down on the concrete, his portrayal captures every facet of the emotional spectrum. On the other hand, Cyler’s Sean hides his intellect beneath a boatload of attitude and bluster, either through his reticence regarding police involvement or his stubbornness over continuing their original plan despite all that transpires in the film.

However, where Emergency comes to pieces is in its depiction of Emma’s sister Maddie, played by Sabrina Carpenter, and her friends. They are always one step behind Sean, Kunle, and Carlos, while their choice of pushbike as a pursuit vehicle is simply not funny. Whether tracking Emma’s iPhone, being eyed with suspicion in a Black neighborhood, or confronting our well-meaning trio, something is always slightly off. Similarly, any humor which involves assumptions on the part of race still comes off as questionable, even if these filmmakers think otherwise.

Likewise, any intentional shifts into dramatic territory involving ethnic prejudice come across as forced rather than emotionally resonant. From an unbiased perspective, Emergency is attempting to make some pertinent points on identity alongside contemporary attitudes regarding race in modern society. However, despite the solid performances from the cast, certain scenes lack the delicacy they might require.

On first impressions, this is a thought-provoking piece of filmmaking, which might lack subtlety but makes up for it with nuance and pathos in spades. However, in retrospect, what becomes apparent is how thinly drawn any supporting characters really are. Only the Sean, Kunle, and Carlos characters possess anything approaching depth or substance, while stereotypical conventions hamstring anything good happening elsewhere — a fact driven home by car chase cliches, formulaic authority figures, and convenient resolutions.

Whether audiences enjoy Emergency will come down to their take on these satirically delicate changes in tone. That being said, there is no denying the good intentions behind this film, nor any doubt of quality when it comes to those central performances — which is a shame, as certain elements of this film might be too much for some people to get behind.

SXSW Film Review: 'Emergency' struggles to strike a balance between drama and comedy

'Emergency' fails to live up to its early promise, by squandering strong performances in a search for something more satirical.