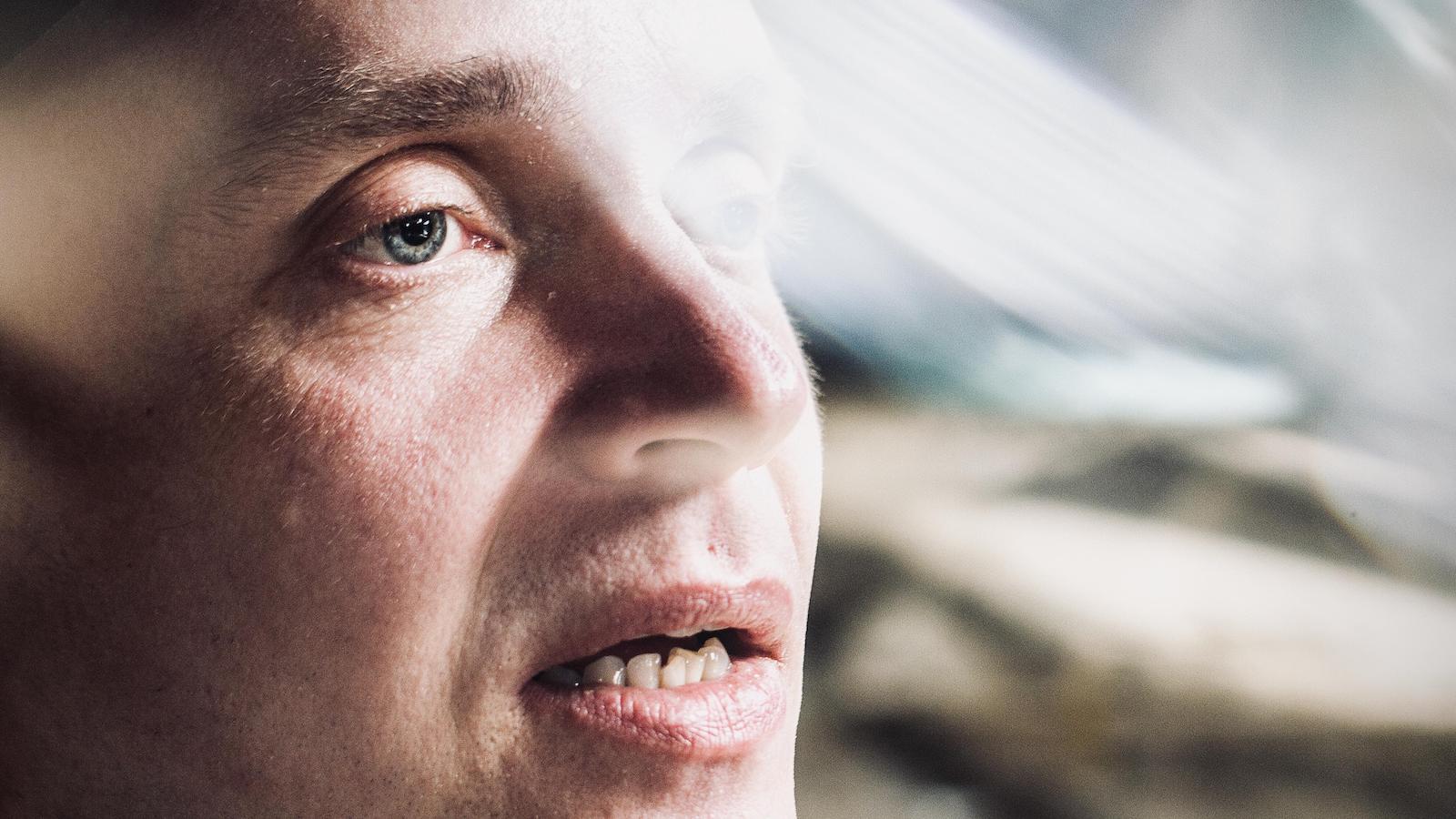 Image via It's Alive Films
Review of: SXSW Film Review: 'The Man Who Did Not Want to See Titanic' is a rom-com game changer

Director Teemu Nikki offers up a rom-com without equal, that is a game changer on every level.

The Blind Man Who Did Not Want to See Titanic is an arresting piece of cinema from Finnish director Teemu Nikki that boils down romantic comedy to its essence. By casting a blind actor in the role of Jaakko and making audiences walk a mile in those shoes, he delicately manipulates perspective and emotion on an unconscious level. Petri Poikolainen is exceptional in this delicate two-hander, bringing genuine pathos and charm to a role that many will see as a game-changer. Confined in close-up for the full running time, this is a monumental performance for a number of reasons, which are only really apparent after the fact.

As a man, Jaakko is defined by the mundane routines which keep him alive, from automated medication reminders for his MS to daily visits from a home help he jokingly refers to as Annie Wilkes. Concerned relatives call, and hours pass by while nosy neighbors next door make assumptions about a man they never see. His only respite from a world eager to write him off comes through from Sirpa, an online dating match who phones him every day.

Actress Marjaanna Maijala, who literally phones in her performance for ninety percent of this film, is the other crucial part of this cinematic equation. As Sirpa, she is cajoling, sarcastic and combative in a role that requires some serious acting chops. With nothing more than her voice to mold this character in the eyes of an audience, it is a mesmeric piece of work that only gains in gravitas over time. While debating the relative likelihood of them meeting before either one dies or demanding sole control over film choices in a hypothetical re-watch of James Cameron classics, this is a film full of hope.

However, The Blind Man Who Did Not Want to See Titanic is not only about an extremely successful movie from a great director, but one which seeks to transcend the visual medium by reliving films through shared experiences. Anyone who has ever loved cinema will connect with the humor which keeps this man alive. Conversations about John Carpenter and the forming of friendships through specific movie choices give a better idea of who Jaakko really is than anything else. As an audience with only the confines of a camera frame to make any connection, his conversations with Sirpa break down barriers and soften his edges.

In many ways, Nikki goes against the basics of cinema by cutting off the visual medium and spoon-feeding information through dialogue. With points of reference impossible to discern and almost everything out of focus, audiences are required to re-calibrate their senses. In a similar way to CODA, which made sign language such an integral part of the viewing experience, Nikki forces people to really listen and understand.

As the visual stimulus subsides and audiences become accustomed to these limitations, the film begins to open up even more as Jaakko ventures outside to make a real-life connection with Sirpa. This is when things kick up a notch in dramatic terms, as the simple act of train travel across the county without guidance feels like a suicide mission. However, Jaakko is buoyed up by love, driven by dire need, and determined to be there for Sirpa just once in his life.

Naturally, the path to true love is rarely free of obstacles, as audiences are literally taken along for the ride and vicariously participate. Employing the same visual techniques which have been appalled thus far, this journey by taxi and train is an isolating experience. Confronted with the unknown, which includes total strangers and their own agendas, Jaakko puts himself in the hands of people who may not have his best interests at heart.

This is where Poikolainen, as an actor, gets to prove his mettle by digging deep and confronting his illness head-on. Robbed of his sight and facing unseen adversaries, he is forced into a situation that channels this resentment into a purging of pent-up emotion. In terms of narrative, it is both uncomfortably honest and dramatically essential, making every moment thereafter feel earned in terms of the resolution which follows.

The Blind Man Who Did Not Want to See Titanic is unlike any rom-com ever made, being blessedly free from formula, devoid of meet-cute dynamics, and disarmingly tragic in its set-up. That being said, it is also the most inspired and inspiring piece of bittersweet comedy romance ever made, defined by unwavering optimism and unrivaled hope in the face of God-given adversity.

SXSW Film Review: 'The Man Who Did Not Want to See Titanic' is a rom-com game changer

Director Teemu Nikki offers up a rom-com without equal, that is a game changer on every level.