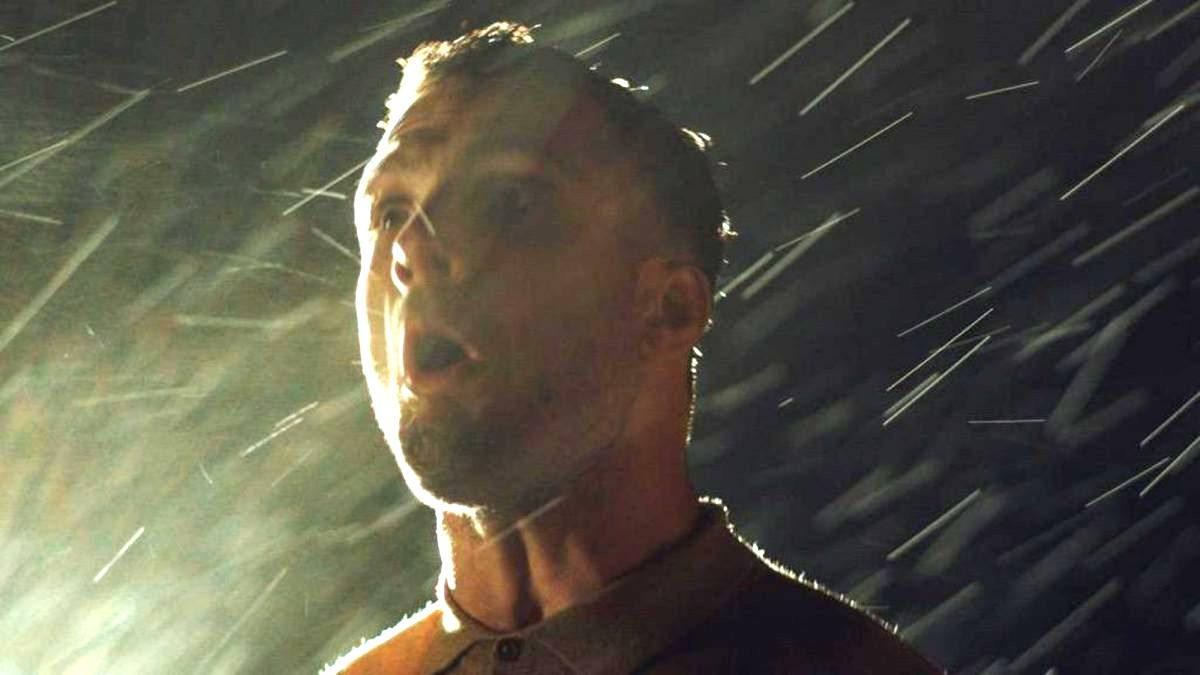 Review of: SXSW Review: 'It Is in Us All' is a harrowing look at loss from the outside

Jarvis Cosmo is astounding in this examination of personal loss and family trauma.

It Is In Us All, a cinematically haunting ode to love and loss from writer/director Antonia Campbell-Hughes, rests on the shoulders of Cosmo Jarvis.

His turn as Hamish Considine is nothing less than a powder keg performance of unchecked emotion, perpetually at the point of running riot. Perfectly poised and looking expensively tanned, audiences first encounter him picking up a hire car upon his arrival in Ireland. There to tie up the loose ends of an estate, which includes an expansive family home with picturesque views, events soon take a devastating turn.

As the director captures the mist-shrouded landscape of Donegal at twilight, Hamish weaves his way to an unfamiliar destination deep in conversation. These early scenes are reminiscent of Steven Knight’s Locke in their intimacy, as the camera remains in close-up, attempting to reveal a hidden agenda.

However, within minutes that world is shattered in a chassis-buckling car crash, one that sends his rental off the road. Instead of closing in for dramatic effect, Campbell-Hughes only lingers for a moment, capturing the aftermath with a detached indifference, before Hamish wakes up in hospital.

From then on, It Is In Us All plays a clever game of narrative poker, occasionally revealing its intentions to an audience with little to go on. Within the confines of his insular performance, Jarvis imbues Hamish with stubborn resilience, an awkward social manner, and dangerous levels of self-control. As the movie progresses, he performs some DIY first aid, engages in confrontational conversations, and takes a deep dive in his family history.

Repercussions from that car accident lead to meetings with Rhys Mannion’s Evan, a teenager who was sitting passenger side in the other vehicle. Their bond is delicately handled yet sexually charged, with the younger man drawn to his fresh perspective and brooding physicality. Scenes between them are filled with awkward pauses, furtive glances, and an attraction which is used for its dramatic drive, rather than any taboo-breaking visuals.

As their relationship grows over the running time, eyebrows are raised and questions are asked in this quiet community, as word travels fast of his involvement with Evan. Although this translates to little more than two people connected by a common experience, it nonetheless casts aspersions on Hamish and his family. It also brings further memories out of the woodwork, as locals share their recollections while he discovers more about a mother he barely knew.

In the fleeting moments of dialogue with his father Jack, compassionately played by Claes Bang entirely over Skype, indications of their fractured family dynamic are plain to see. In a crucial aside, Hamish stumbles on a single photograph of his one visit to this house, which he clings to amongst the fog of forgotten memories that threaten to suffocate him. Either perfectly lit eating beans on toast or engaging in stilted conversation with a pub landlord, Cosmo is never anything less than riveting.

On a few occasions, the director takes on a small but crucial role, designed to remind audiences what loss should really feel like. With eyes shrink-wrapped in tears and inconsolable at the passing of her teenage son, Cara Daly regards Hamish with a mother’s grief. This rare emotional response, coming from a place of confusion and pain, ties into his sense of disconnection from those he should care about.

Only in the latter stages of this delicate character study does the audience encounter a flash of this volatile temper, though, as Hamish reaches breaking point whilst talking to Evan. In every sense, this outburst feels organic, since it signifies a turning point for a man who has spent so much time suppressing himself. Not only experiencing a momentary epiphany in the process, but also recognizing in some small way that this place is best left behind.

Audiences who come to It Is In Us All should bring with them an open mind. For Campbell-Hughes, this was doubtless a deeply personal endeavor. There is a dedication in the final credits, an unflinching cameo from her which holds things together, while Cosmo has clearly done this for the material. This is no star turn guaranteed to make him a household name, but instead a performance from someone wishing to explore themselves in more depth. For those reasons and many more besides, this film deserves the biggest audience it can find.

SXSW Review: 'It Is in Us All' is a harrowing look at loss from the outside

Jarvis Cosmo is astounding in this examination of personal loss and family trauma.