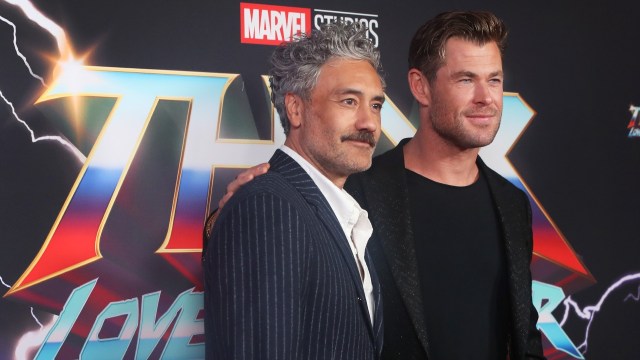 As proven by Doctor Strange in the Multiverse of Madness, there are many different dimensions containing alternate versions of Marvel heroes in What If?… scenarios. We’ve already seen the products of Earth-838 in Maria Rambeau’s Captain Marvel, Peggy Carter’s Captain Carter, Professor Charles Xavier, Reed Richards and Blackagar Boltagon. Taika Waititi, director of Thor: Love and Thunder, hopes to utilize the different versions of Chris Hemsworth’s Thor similarly for future projects. From what we’ve seen of Thor: Love and Thunder, we know that Jane Foster takes on the Thor mantle and Hemsworth’s character becomes Mighty Thor as Foster’s predecessor.

In the comics, Hemsworth’s God of Thunder becomes the eventual ruler of Asgard. An aged version of Thor, known as King Thor, rules over an essentially desolate kingdom after all the other Gods and Asgardians are wiped out. He becomes vindictive and ruthless, hunting down the being responsible. As the multiverse begins to expand in Marvel’s Cinematic Universe, more opportunities are presenting themselves for crossovers involving variants of Marvel characters.

For example, in Multiverse of Madness, Benedict Cumberbatch’s Doctor Strange interacts with several versions of himself from other dimensions, including Defender Strange, Sinister Strange, Supreme Strange and Zombie Strange. Waititi told Chris Hemsworth during an interview with ScreenRant that he should “get comfy” because Thor will be sticking around for many years to come.

There’s all these different versions of Thor in the comics as well. There’s the sort of 70-year-old Thor, so [to Chris] get comfy. This is the rest of your life.

After the introduction of Jane Foster’s Thor, the possibilities are endless for Waititi to reel in all the variants of Thor from other worlds. Hopefully, Thor receives the Cumberbatch treatment sometime soon and the multiverse continues to expand far beyond just Earth-838 and Earth-616.