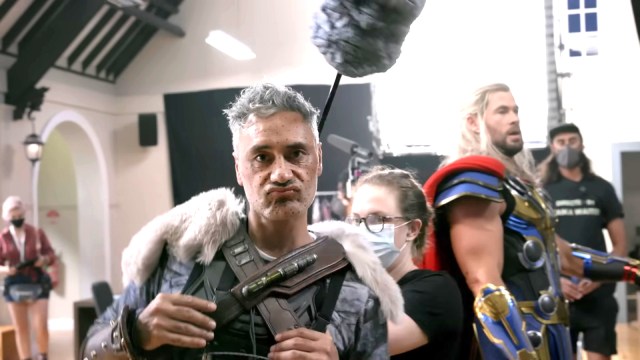 Prior to the release of Thor: Love and Thunder, fans were excited beyond belief for Taika Waititi’s return to the Marvel Cinematic Universe, which is fair enough when the consensus offers that Ragnarok comfortably ranks as one of the franchise’s best-ever entries.

Unfortunately, it would be an understatement to say that the God of Thunder’s lightning did not manage to strike twice. Not only does the Odinson’s fourth solo adventure wind up as one of the lowest-rated MCU installments on Rotten Tomatoes, but it also landed one of the superhero saga’s weakest CinemaScores, leading the fandom to question whether or not Waititi had officially jumped the shark.

During a recent appearance on BBC Radio 1 to promote the Disney Plus debut of the MCU’s 29th installment, the Academy Award-winning filmmaker joked that he’s already cooking up plenty of ideas for a fifth chapter, throwing out such titles as Thive: What a Classic Thor Adventure, Thor 5: Still Alive, and other typically zany suggestions.

Sure enough, it didn’t take long for the internet to question whether or not Waititi should even be allowed back for the next Asgardian epic, even though he’s formed an incredibly close and strong bond with leading man Chris Hemsworth.

Love and Thunder ended by telling us “Thor Will Return”, and while that’s virtually guaranteed to involve Avengers: The Kang Dynasty and Secret Wars, don’t rule out the former heir to the throne of Asgard extending his streak as Marvel Studios’ favorite subject for solo flicks, even if there’s a growing sentiment that a fresh pair of eyes may be needed behind the camera.