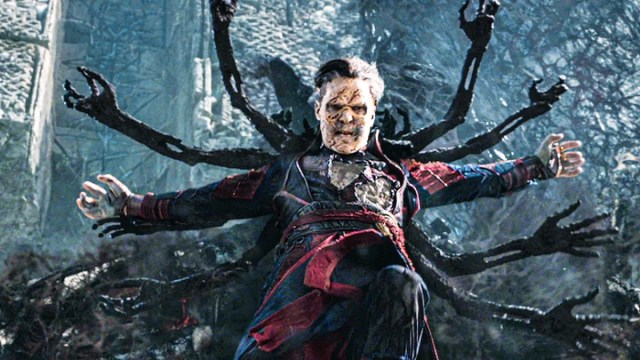 You don’t hire a director like Sam Raimi, hand him a $200 million budget, and expect him to deliver a cookie-cutter blockbuster, which is precisely why fans were so excited for Doctor Strange in the Multiverse of Madness.

It marked the Spider-Man director’s first feature film in almost a decade, and his first time dipping his toes into the superhero sandbox for the first time in 15 years, with Kevin Feige ratcheting up the hype by continually reminding us that he’d asked for a Sam Raimi film, which is exactly what we ended up getting.

Of course, Doctor Strange 2 was far from perfect, and a 74 percent Rotten Tomatoes score is among the lower rung of MCU installments in terms of the overall critical consensus, but almost everyone can agree that it ranks as one of the franchise’s finest on a purely visual level.

Well, except for this one person, who found themselves being roasted to a crisp in the comments and replies after blasting Multiverse of Madness for its unique style.

Obviously, not everyone is obligated to agree with everybody else, but scenes like that are precisely the sort of moments that made Doctor Strange in the Multiverse of Madness stand out from the crowd. Plenty of comic book adaptations, including those hailing from Marvel Studios, have regularly been too happy to play it safe at the expense of inventiveness, rules by which Benedict Cumberbatch’s second solo outing most definitely did not abide by.

It might not be the top-tier MCU in the grand scheme of things, but it’s definitely one of the most striking.