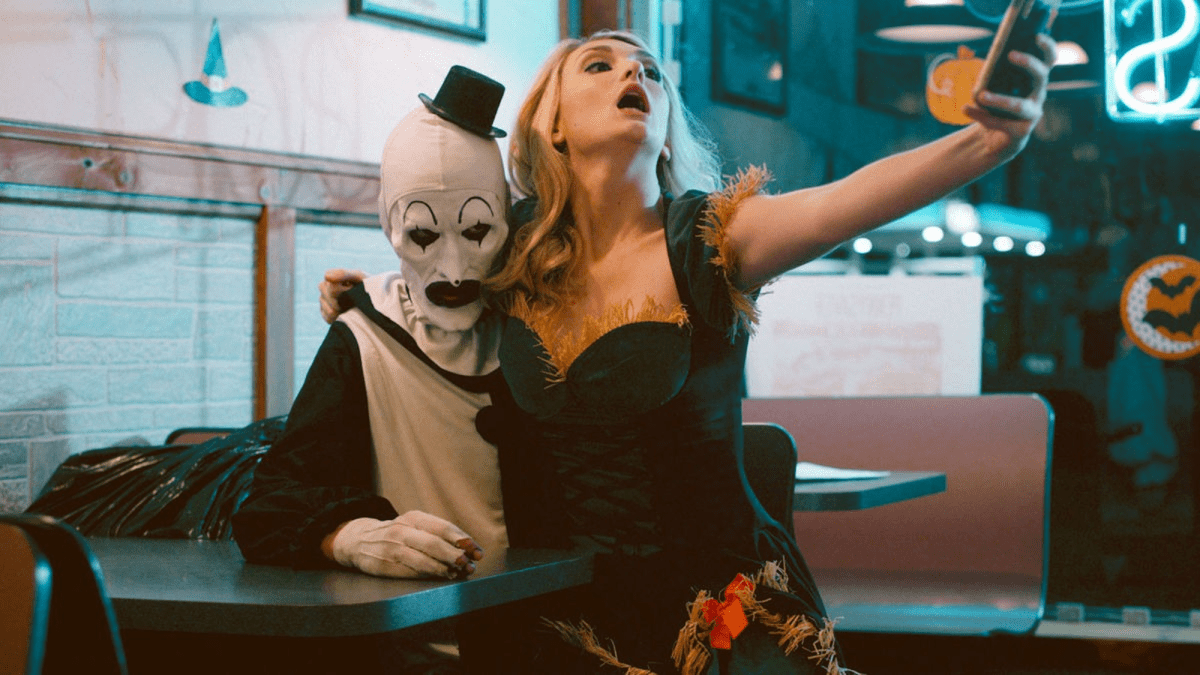 Terrifier, before it has even finished its trilogy, has become synonymous with brutal violence and grotesque imagery. Its sequel was a massive success but spawned a sickly debate around the role of nudity which star Catherine Corcoran has delved deep into.

Horror has had a bumper year unlike pretty much any in recent memory. The strong mix of independent films, big franchise films, and auteurs being allowed to shine has led to some incredible results. Terrifier 2 was by far the most emphatic success, with the film made on a $250,000 budget grossing $12 million.

Despite its immediate legacy being praised for its brutality and gore, a small portion of weird internet denizens complained over the lack of nudity in the film. This was immediately addressed by star Laura LaVera who had choice words for these critics. Just over a month on, Corcoran has penned an opinion piece analyzing what happened and the purpose of nudity in film.

Written in the Daily Beast, she recounted the history of nudity in cinema, and more importantly in the horror genre. Corcoran saw herself stripped nude, hung upside down, and put into bondage by villain Art the Clown before being ripped apart by a hacksaw. The overwhelming violent scene was a tough one to shoot, but Corcoran has explained why it’s effective.

Director Damien Leone told her how impactful the scene he envisioned would be and told her it would make history. Corcoran describes it as the most dangerous undertaking of her career. Leone was right about its impact, even if you find the scene reprehensible.

“When Damien Leone offered me the role of Dawn in Terrifier, he was confident that the now infamous ‘hacksaw scene’—in which Art the Clown strips my character, hangs her upside down, and proceeds to slowly cut her in half with a hacksaw—would indeed make history. It was, and continues to be, the most dangerous undertaking that I have ever participated in as an actor, and frankly not one that I would ever encourage anyone to attempt. And yet, the scene’s impact is undeniable.”

And no, it’s not because of the nudity it’s so effective, as she explains. The treatment of women and their sexuality has been a focal point of horror. Looking back to the 80s, nearly any woman who had sexual freedom would be killed by the villain of the piece.

“The reason Dawn’s death in Terrifier holds such gravitas is because it is heavily rooted in reality. Much like Lynda in Halloween, Dawn is a character who openly embraces her sexuality, femininity, and freedom. She is assertive and outspoken, and as a result, the brutality by which she is “punished” for said traits forces her to be horrifically vulnerable, highlighting the very physical essence of what makes her female.

“The visceral, gut-wrenching, bone-chilling emotions evoked when watching her death scene do not lie in the fact that she is nude; they lie in the mercilessness of stripping someone of their autonomy and personal power and forcing those who care about them to watch.”

To this day it’s hard to want to remind yourself of the scene. Where it lands on exploitation, reprehensibility, repulsiveness, and artistic meaning is a series of blurry lines. Corcoran explains perfectly though why the “stripping of autonomy” is more potent than the nudity itself.

Corcoran’s expression of what these tropes and their underlying values are about is something that should cause food for thought for horror fans. The Terrifier films are available to rent from Apple TV.