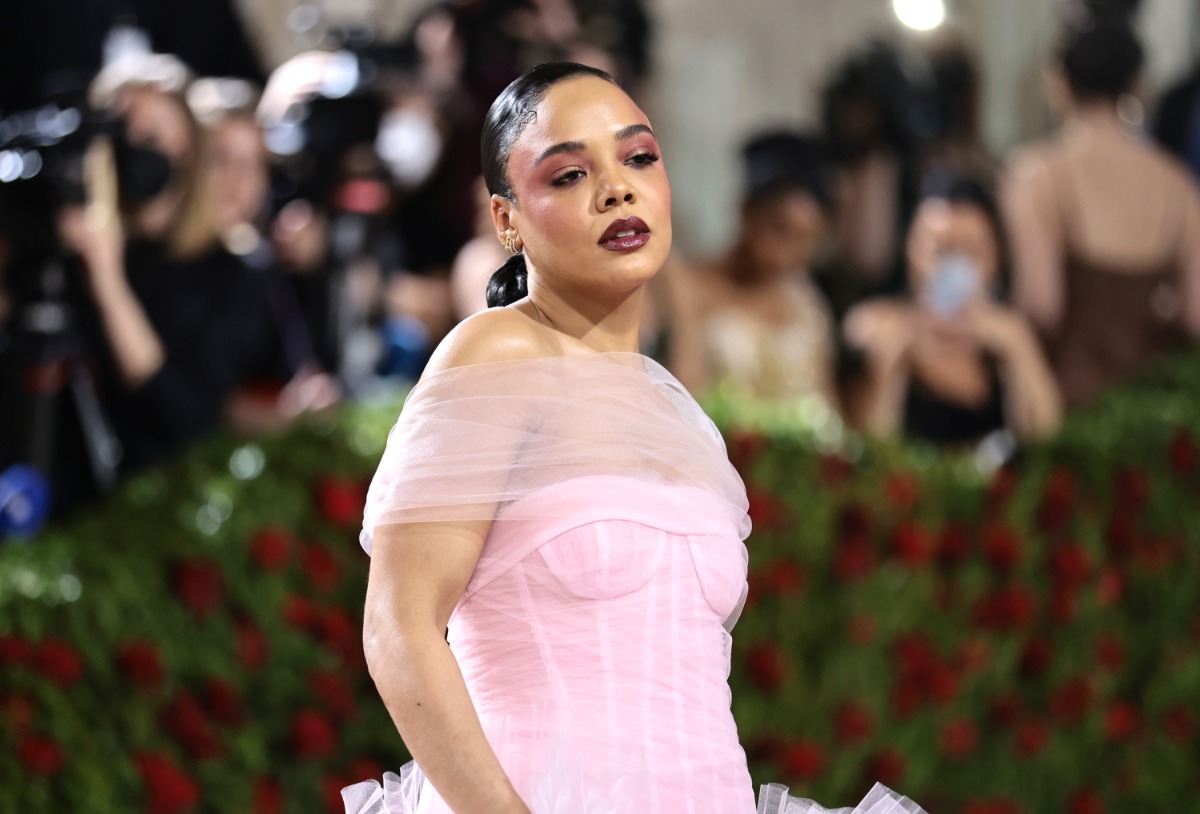 Looks like the Met Gala isn’t just about fashion after all. Tessa Thompson, who plays Bianca Taylor in the Creed series, took some time out from looking fabulous in her blush pink Carolina Herrera gown to drop some info about the upcoming Creed III and what it was like working with first time director Michael B. Jordan.

Variety stopped Thompson and chatted with her about what Jordan had in store for fans of the popular boxing movies.

“It’s happening,” she said when asked about the film. “Mike is working on a cut of the film, otherwise he’d be here with us tonight. We hope to really make fans happy this time around.”

“What kind of director is he?” the interviewer asked.

“A brilliant director. So collaborative and sweet and lovely.”

“Has he let you do as many takes as you want?” The interviewer asked.

“And he lets himself do the most,” she quipped.

The Creed franchise is a reboot of sorts based on the lore of the Rocky movies. Jordan has said that he always wanted to direct a movie but he wanted to make sure it was the right time for him to do so, according to a statement shared by Deadline

“Directing has always been an aspiration, but the timing had to be right. Creed III is that moment — a time in my life where I’ve grown more sure of who I am, holding agency in my own story, maturing personally, growing professionally, and learning from the Greats like Ryan Coogler, most recently Denzel Washington, and other top tier directors I respect. All of which sets the table for this moment. This franchise and in particular the themes of Creed III are deeply personal to me. I look forward to sharing the next chapter of Adonis Creed’s story with the awesome responsibility of being its director and namesake.”