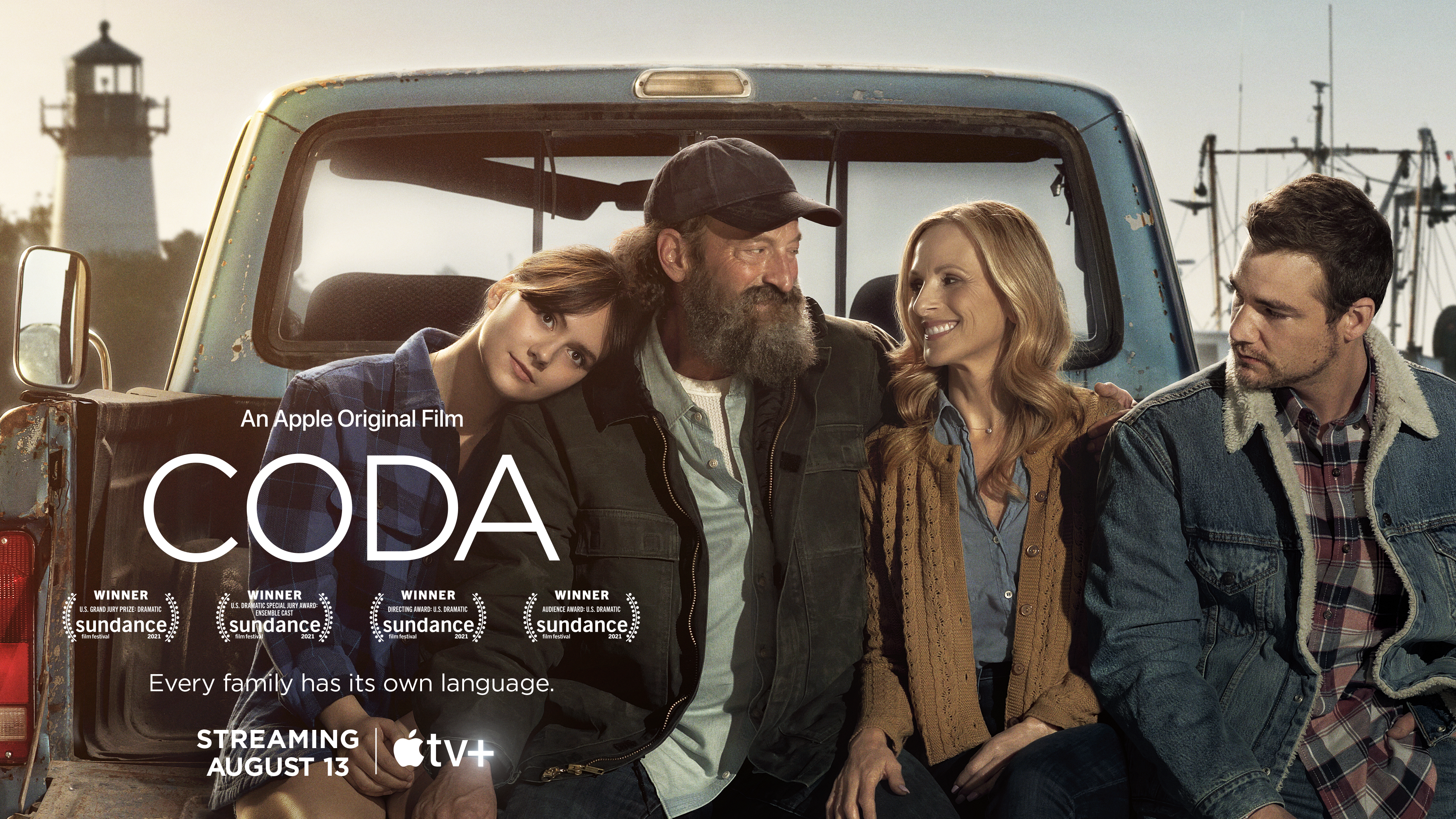 Everyone and their mother has a streaming service these days. Tech giant Apple got into the game relatively late but has made a big impact on the market. In 2022, its original film CODA won the Oscar for best picture marking the first time that a movie from a streaming service took home the grand prize.

Apple started flirting with the idea of getting into the streaming game in 2006 with its new product the “iTV” set-top box which would later be renamed Apple TV. This would pave the way for them to have the desire to create their own content. In February of 2016, Apple announced their first original television show Vital Signs, a dark drama starring Dr. Dre. On November 1, 2019, Apple TV+ launched and officially got Apple into the original content streaming game under the guidance of Sony’s Jamie Elricht and Zack Van Amburg. Since then Apple has been steadily releasing content, including original movies. Here are the ten best original Apple films for your viewing pleasure.

This 2022 best picture winner broke many barriers. As previously stated it was the first time a streaming service won the best picture Oscar. In addition, it took home best supporting actor for Troy Kotsur’s performance, making this only the second time a deaf performer won gold. This film gives the deaf community a voice, showing that representation matters. It also won for best adapted screenplay. CODA tells the story of the Rossi family who has a fishing business in Gloucester, Massachusetts. Daughter Ruby is the only member of the family that can hear as her brother, mother, and father are all deaf. When she joins the school choir to be near her crush, she discovers she has a beautiful singing voice. With the help of her choir teacher Mr. Villalobos, she applies to the esteemed Berklee College of Music. She must choose between living in her family’s shadow or creating her own path in the world.

Tom Hanks not only stars as Commander Ernest Krause in this World War II film but also wrote the screenplay. This screenplay is based on the 1955 C. S. Forester novel The Good Shepherd. During The Battle of the Atlantic in 1942, shortly after the United States entered World War II, an international escort group defends an Allied merchant vessel convoy from German submarines under the command of Ernest Krause. Greyhound was originally going to be released in theaters in 2020 by Sony but this deal was canceled because of the pandemic. Apple acquired the distribution rights and released it digitally instead. Aaron Schneider directs and Elisabeth Shue and Stephen Graham also star in this wartime film.

The Tragedy of Macbeth

This film by Joel Cohen is based on the classic Shakespeare play and marks the first time a Cohen brother directed without the other. Denzel Washington stars in the title role of Macbeth. Lady Macbeth is played by Frances McDormand. Kathryn Hunter stars as the witches/old man. This movie centers around Macbeth’s rise to the throne and ultimate demise. It deals with themes such as the negative consequences of being overly ambitious, fate, and guilt.

This dramatic crime film is based on the autofiction novel of the same name by Nico Walker. It stars Tom Holland as Cherry, a college student who joins the army to escape and get over a girl named Emily, played by Ciara Bravo, who leaves him to study abroad. Young love prevails as they reunite before he deploys and get married. In the army, Cherry witnesses many horrific events causing him to develop PTSD. After his time in the army, he becomes addicted to drugs he uses as a way to cope with the PTSD. In order to pay for the drugs that he and eventually Emily as well are addicted to, Cherry begins robbing banks. A dangerous cycle begins. This film is directed by Anthony and Joe Russo.

This 2019 coming-of-age film was written, produced, and directed by Minhal Baig. It stars Geraldine Viswanathan as Hala Masood. Hala is a 17-year-old Muslim girl finding her own way in the world, which often conflicts with her family’s more traditional wishes. She loves to skateboard and has a crush on non-Muslim Jesse, played by Jack Kilmer. As she navigates growing up and becoming her own person, she discovers things she never knew about her parents’ marriage. Apple acquired the distribution rights for this film after seeing it at Sundance.

This Sofia Coppola film was the first film produced under Apple’s agreement with A24. It tells the story of father and daughter duo Laura and Felix Keane, played by Rashida Jones and Bill Murray. Laura is a writer who feels stuck both personally and professionally. Her husband Dean is often out of town on business leaving her to care for their two young daughters. When she suspects that Dean might be cheating on her, she enlists the help of her own womanizing father to find out. Stakeouts are great opportunities for father-daughter bonding after all.

Swan Song is a science fiction drama written and directed by Benjamin Cleary. Set in the near future, it presents a moral dilemma that its central character Cameron Turner must face. Turner, played by Mahershala Ali, is diagnosed with a terminal illness and is presented with the option of having a new version of himself created by Dr. Scott, played by Glenn Close, to take over his life, saving his family the burden of grief. This clone will be embedded with all of his memories and feelings. If he decides to do this he must never tell his family and will live out the last remaining months of his life alone. Turner must grapple with the morality of being dishonest with his family should he make this decision. Awkwafina also stars as Kate, a patient who decided to clone herself to spare her family the grief of her death.

Finch is another film starring Tom Hanks that Apple acquired because of the Covid 19 pandemic. Originally, Universal was supposed to release the film in theaters. This post-apocalyptic film tells the tale of a great pet owner, Finch Weinberg, played by Hanks, who realizes he is dying but wants to make sure his dog Goodyear will be taken care of. Luckily, Finch was a robotics engineer before a solar flare made the world uninhabitable. Finch makes a robot named Jeff to care for Goodyear. When only some of his programming can be downloaded, Jeff must learn the rest by observing Finch and Goodyear together.

This animated fantasy adventure film was nominated for an Academy Award. It tells the story of young Robyn Goodfellowe, voiced by Honor Kneafsey, who moves to Kilkenny with her father, voiced by Sean Bean, who is tasked with hunting down and killing a local wolf pack. When Robyn befriends a local girl with a secret named Mebh, voiced by Eva Whittaker, they team together to help save the wolves. Magical occurrences aid their journeys. This film is the third and final installment of director Tomm Moore’s Irish Folklore Trilogy. The two previous films were The Secret of Kells and Song of the Sea.

This 2020 documentary film by Jesse Moss and Amanda McBaine won the U.S. Documentary Competition Grand Jury Prize at Sundance and the Louis Black Lone Star Award Special Jury Recognition for Documentary at South by Southwest. It follows four boys attending Boys State, an American Legion summer leadership program for high school juniors in Texas. During the program the boys work to build a representative government from scratch and compete to elect a Governor of Texas. Participants are divided into one of two political parties: Nationalists and Federalists. While working to achieve this goal the audiences see the political divisions of older generations reflected in the youth. It is 109 minutes in length.