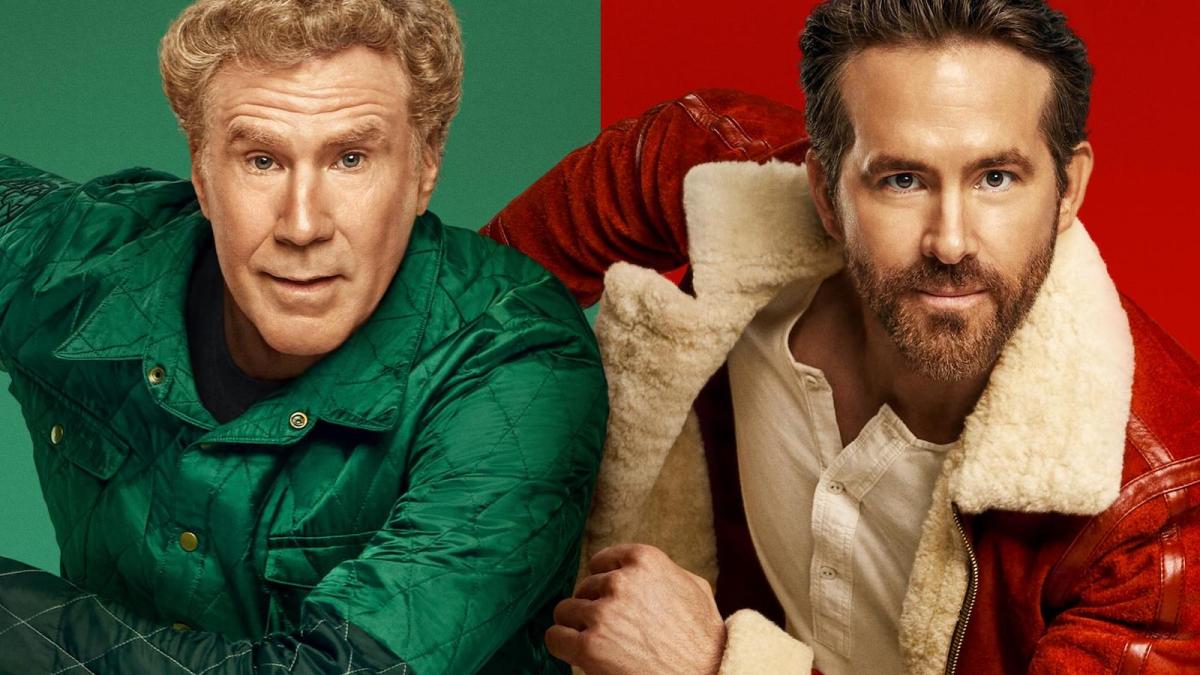 Over 100 million people across the United States are currently experiencing a winter storm that the National Weather Service has called a “once-in-a-generation type event.” While blizzard conditions sweep the nation and flight cancellations climb into the thousands, experts are encouraging everyone in the storm’s path to keep themselves and others safe by staying inside and avoiding hazardous conditions.

Fortunately for anyone who hasn’t lost power (yet), there are plenty of new Christmas movies available to enjoy right from the comfort of your own home. From new musicals featuring familiar faces to the return of a former Disney darling, these movies and specials have dashed onto screens everywhere via popular platforms like Netflix, Hulu, Disney Plus, and HBO Max to make your days merry and bright.

Stay safe during this coldest Christmas on record with these fresh holiday hits, all of which are available to stream right now.

Lindsay Lohan is undoubtedly making her career come back right now. She’s the leading actress in a 2022 Christmas movie called Falling For Christmas available for streaming now on Netflix. In Falling For Christmas, Lohan plays Sierra, a wealthy and beautiful heiress who recently accepted a diamond ring from her longtime boyfriend.

Sierra’s engagement comes to an abrupt halt when she hurts herself in a skiing accident and completely loses her memory. Due to her amnesia, Sierra is unable to pinpoint exactly where she’s from or who she is, and ends up being taken in by a handsome lodge owner and his precocious daughter who are more than willing to help her get back on her feet as her memory gets sorted out.

A Merry Christmas Wish is a 2022 Christmas movie available on Hulu for streaming now. It tells the dazzling story of Janie (Jill Wagner) a hard-working advertising executive who’s been making major waves in her industry in New York City.

When Janie takes a break from the Big Apple to return to her family’s farm in her small hometown, she notices that there are several things she’s been missing out on. Instead of treating the Christmas holiday as a time to remotely stay busy with work, she reconnects with one of her childhood friends (Cameron Mathison) and agrees to organize a Winter Wonderland set up for the locals.

Whenever Will Ferrell signs on to be part of a movie, it’s pretty obvious that the movie is bound to be a hilarious hit. His comedic history when it comes to movies is unmatched. Ferrell stars in the 2022 Christmas movie Spirited alongside Ryan Reynolds on Apple TV+.

Spirited takes on a musical version of the beloved Charles Dickens story “A Christmas Carol” about a miserable businessman (Reynolds) who finds himself embarking on a mystical adventure. Throughout the course of the movie, he spends time with the ghosts of Christmas past (Ferrell), present (Sunita Mani), and yet to come (Tracey Morgan). His interactions with the wise and thought-provoking ghosts open his mind up in a major way.

All I Want For Christmas – Hulu

Streaming now on Hulu, All I Want For Christmas is a 2022 Christmas movie about Mariah (Erica Peeples), a woman who is dealing with frustration surrounding her ex-husband David (Christian Torres Villalobos). Unfortunately for her, he was never the type of person who enjoyed telling the truth. Mariah decides to escape her marriage by filing for a divorce and attempting to start life anew.

Unbeknownst to Mariah and David, their young daughter Ivy (Sahjanan Nasser) makes a Christmas wish with Santa Clause (Terry Woodberry) that forces her mother to say “yes” to everything. It also forces her father to tell the truth in every circumstance. Everything about their lives turns upside down on Christmas based on the innocent, over-the-top Christmas wish their daughter made.

Many will recognize Justin Hartley’s face from his unforgettable role in This Is Us. The heartfelt show is enough to convince anyone that he knows how to star in projects that evoke emotion.

The good news is that Hartley’s latest project, Netflix’s The Noel Diary, stands on its own as being a wonderful Christmas movie. It’s all about a man who earns a successful living as a best-selling author. When he returns home to handle his mother’s estate after her passing, he comes across a diary filled with tons of deep secrets that give him something completely new to explore.

The Guardians of the Galaxy Holiday Special — Disney Plus

The Guardians of the Galaxy Holiday Special is much shorter and campier than other Marvel movies you might’ve seen in the past.

The Guardians of the Galaxy Holiday Special focuses on Mantis (Pom Klementieff) and Drax (Dave Bautista) on a mission to create the perfect Christmas holiday for Quill (Chris Pratt). They know that he’s a huge fan of Kevin Bacon, so they fly down to Earth to figure out a way to capture him and bring him back to Quill. Instead of peacefully capturing Bacon, things get messy and become a kidnapping nightmare. In the end, the magic of Christmas still has enough power over the group to bring everyone together.

The idea of being forced to marry someone you’re not interested in sounds like a total nightmare to plenty of people. In My Christmas Fiancé, Penn (Jack Parr), who is nervous that his family is going to force him to marry someone before he’s ready to tie the knot, asks for a major favor from Maya (Jennifer Freeman) a woman who works part-time at his resort restaurant in Italy.

The pair pretend to be engaged during the holiday season to get everyone off Penn’s back. Unfortunately for Penn, things get a little messy when a romantic partner from the past shows up and starts sabotaging things. Along the way, Penn and Maya start to develop genuine feelings for each other.

A Christmas Story Christmas is available for streaming on HBO Max. The holiday flick serves as a sequel to A Christmas Story, the Christmas classic released in 1983. This time around, Ralphie (once again played by Peter Billingsley) is no longer a young child. Instead of experiencing Christmas and all of its magic as a youngster, he gets to experience Christmas as a father.

There is something so exciting about anticipating Christmas morning when you are a kid. This movie highlights exactly what it means to be excited about Christmas during your older years as well. After all, you’re never too old to get revved up and excited about a holiday like Christmas.

Christmas With You – Netflix

Christmas With You tells the story of Angelina (Aimee Garcia), a stunning pop star who is in dire need of inspiration for her next hit Christmas song. She decides to meet up with one of her young fans Cristina (Deja Monique Cruz) whose Christmas wish is to meet Angelina. In the process, she realizes she might have a chance at pursuing true love for the first time with Cristina father, Miguel (Freddie Prinze Jr. .)

Angelina has so many reasons to feel inspired throughout the course of this movie when it comes to her ability to write catchy and memorable song lyrics. Connecting with a kid who is totally obsessed with her, while falling head over heels in love with her dad, becomes two of the things that get her wheels turning.

Christmas on Mistletoe Farm proves that when you’re not accustomed to living on a farm, adjusting to farm life is not the easiest thing in the world. After widowed father Matt (Scott Garnham) inherits a farm around Christmas time, he realizes how challenging it will be to take care of the land, nurture the animals, and raise his children all at once.

Matt feels overwhelmed by his circumstances and tries to figure out possible ways to reassess his situation. Unbeknownst to Matt, his children absolutely love living in a small village, connecting with nature, and enjoying family time. They devise a well-thought-out plan behind their father’s back in order to convince him to stick around on the farm long-term.