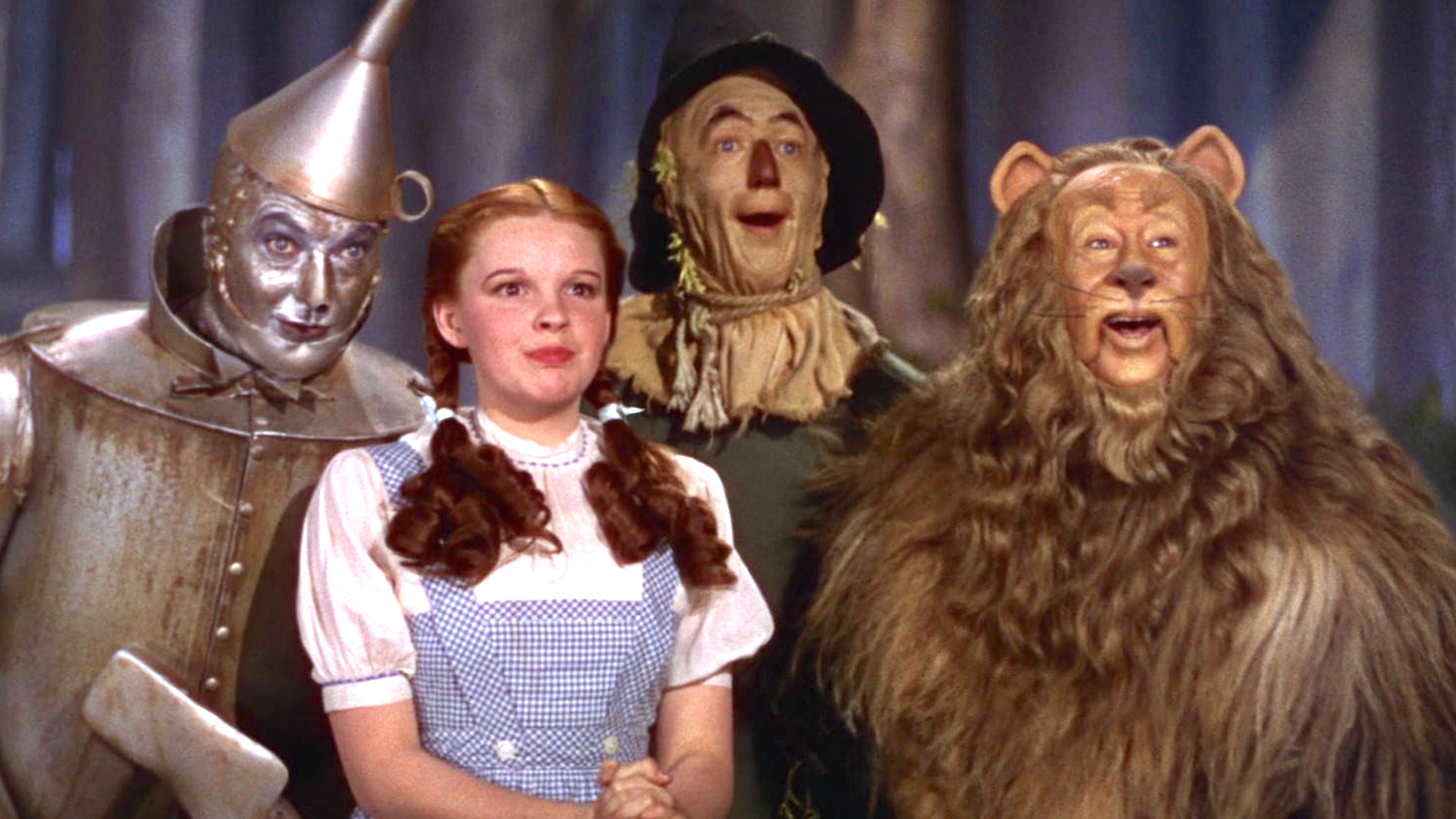 Before streaming, it was a teenage act of rebellion to sneak into an R-rated movie. Technically, anyone under the age of 18 is supposed to be accompanied by an adult to see those forbidden films, but nowadays rebellious youths can just stream the movie at home, which somehow makes it not as cool.

The modern movie rating system was created in 1968 by Jack Valenti of the Motion Picture Association of America in partnership with the National Association of Theatre Owners. This system allows parents to make informed choices about what is appropriate viewing for their children and protects filmmakers’ artistic and First Amendment rights.

Regardless of what teenagers might think, movies do not need an “R” rating to be good. In fact, there are many entertaining and beloved G-rated movies out there. If you’re in need of some good clean fun these days, be sure to check out the 10 best G-rated films on this list.

Gone with the Wind

This classic film won 10 Academy Awards, including Best Picture, and is the highest-grossing film to date when inflation is taken into account. It is based on Margaret Mitchell’s 1936 novel of the same name with a plot that centers around the strong-willed but vain Scarlett O’Hara, played by Vivien Leigh, and her attempts to survive the changing social and economic South during the Civil War. Clark Gable plays Rhett Butler, O’Hara’s love interest and eventual husband in the film. Frankly, my dear reader, do give a damn and watch this piece of cinematic history. It is currently available to stream on HBO Max.

Singin’ in the Rain

Here’s another classic film, this time a musical comedy starring Gene Kelly, Donald O’Connor, and Debbie Reynolds in a whimsical tale about 1920s Hollywood. When Lina Lamont, played by Jean Hagen, has problems transitioning from silent films to talkies, Kathy Selden (Reynolds) steps in to help. Along the way, Selden and star Don Lockwood (Kelly) fall in love, which causes problems for his public image. When the film was first released, it did not garner much critical acclaim, but audiences have since seen the error of their ways. It is now widely regarded as one of the best movie musicals ever made. The Library of Congress selected it for preservation in the National Film Registry in 1989. Moses supposes that you should stream this film on Hulu with the live TV add-on.

This animated 1991 Disney film is based on Jeanne-Marie Leprince de Beaumont’s 1756 French fairy tale of the same name. It was one of the films that came out of the Disney Renaissance period and was the first animated film to be nominated for an Oscar for Best Picture. Independent Belle, voiced by Paige O’Hara, yearns from more than her quiet life in the country. As she soon learns, she should be careful what she wishes for. When her father goes missing, she tracks him down only to become imprisoned in an enchanted castle by a monstrous Beast, voiced by Robby Benson. When she offers to take her father’s place, she must learn to make the best of her new life. To find out what Belle learns during her time in the castle, be our guest and stream this classic now on Disney Plus.

This family-friendly film is based on the 1983 novel The Sheep-Pig by Dick King-Smith. It tells the story of Babe, a pig who dreams of being a useful sheepdog on Arthur Hoggett’s farm. Along the way, he faces obstacles like the mean cat Duchess and wins over the hearts of everyone, including the grumpy sheepdog Rex and, most importantly, the sheep themselves. He also wins the affections of farmer Hoggett, who lovingly tells him, “That’ll do, Pig. That’ll do.” Babe was nominated for seven Academy Awards, including Best Picture. Get your sheep in a row and stream this on Hulu with the Starz add-on.

The Sound of Music

The hills are alive in this classic musical film based on the Rodgers and Hammerstein stage musical of the same name. The Sound of Music centers around the young Maria, who is studying to become a nun but is restless. The Mother Abbess sends her out into the world to reflect on her studies and work as a governess to Captain Von Trapp’s seven children following the death of their mother. Maria brings much-needed love and music back into the house, which resulted in some of the most memorable musical sequences ever put to film. Dame Julie Andrews stars as Maria and Christopher Plummer stars as Captain Von Trapp in the film, which won five Academy Awards including Best Picture. It was, and continues to be, a huge commercial success. This beloved film is often screened for large sing-a-longs, and you can brush up on your do-re-mi scales by streaming it now on Disney Plus.

The Wizard of Oz

According to the Library of Congress, The Wizard of Oz has been seen by more viewers than any other film. This MGM picture was first released in 1939 and is based on the children’s novel The Wonderful Wizard of Oz by L. Frank Baum. When Dorothy Gale, played by Judy Garland, is hit on the head during a tornado in Kansas, audiences are transported along with her to the magical land of Oz. Along with her dog Toto and her new friends the Scarecrow, the Cowardly Lion, and the Tin Man, Dorothy must travel to Emerald City so she can learn how to get back home ⏤ if they can avoid the Wicked Witch of the West (played by Margaret Hamilton) long enough to get there, that is. This film is so beloved that it’s one of the few on UNESCO’s Memory of the World Register. Find out what is actually over the rainbow by streaming this classic now on HBO Max.

This 1928 silent Charlie Chaplin film features one of his most iconic characters, Little Tramp. When Little Tramp is accused of pickpocketing, he runs away and accidentally joins the circus. It turns out that Little Tramp is a comedic clown genius, but only when he’s not trying to be. He makes friends with fellow circus performers such as the beautiful fortune teller Merna and might even find love. Production of this film was difficult for Chaplin, as there were fires, delays, divorce proceedings, and the death of his mother to contend with. Taking all of that into account makes the fact that this funny movie was made in the first place ⏤ and made well, at that ⏤ all the more miraculous. Run away and join the circus by streaming this comedy on HBO Max.

Sorry, Charles Dickens ⏤ you may have written the original novella, but this is the definitive version of this classic tale. Michael Caine stars as the curmudgeonly Ebenezer Scrooge in this Muppet take on the classic holiday story. Scrooge is visited by the ghost of his former partner Jacob Marley, to warn him to change his miserly ways. With the help of the Ghosts of Christmas Past, Present, and Yet to Come, Scrooge learns to love Christmas and becomes a better man for it. What can we say? Muppets tend to have that effect on people. This was the first film released after the death of Muppets creator Jim Henson and was the directorial debut for Jim’s son Brin Henson. Don’t be a humbug. Stream it now on Disney Plus.

This delightful film from Studio Ghibli is written, produced, and directed by Hayao Miyazaki. Studio Ghibli films have a distinct hand-drawn animation style that combines Japanese manga with American animation styles and draws on Miyazaki’s extensive travels. Kiki’s Delivery Service tells the story of a 13-year-old witch named Kiki who leaves home per the tradition in witch training. She is accompanied by the talking cat Jiji and finds employment delivering baked goods in the city of Koriko. But growing up and finding your own way in the world can be difficult and lonely, even if you’re magical. Follow Kiki’s journey to independence by streaming the movie now on HBO Max.

This 1964 Beatles musical film was made at the height of Beatlemania. It follows the boys of the band ⏤ John, Paul, Ringo, and George ⏤ on a madcap, 36-hour adventure before they perform on television. Richard Lester directed and Alun Owen wrote the screenplay for the musical comedy, whose supporting cast includes Wilfrid Brambell as John McCartney, Paul’s fictional grandfather, and Norman Rossington as Norm, the Beatles’ fictional manager. The film naturally features hit songs such as “If I Fell,” “She Loves Me,” and of course “A Hard Day’s Night.” Join the hysteria and stream this film on HBO Max.