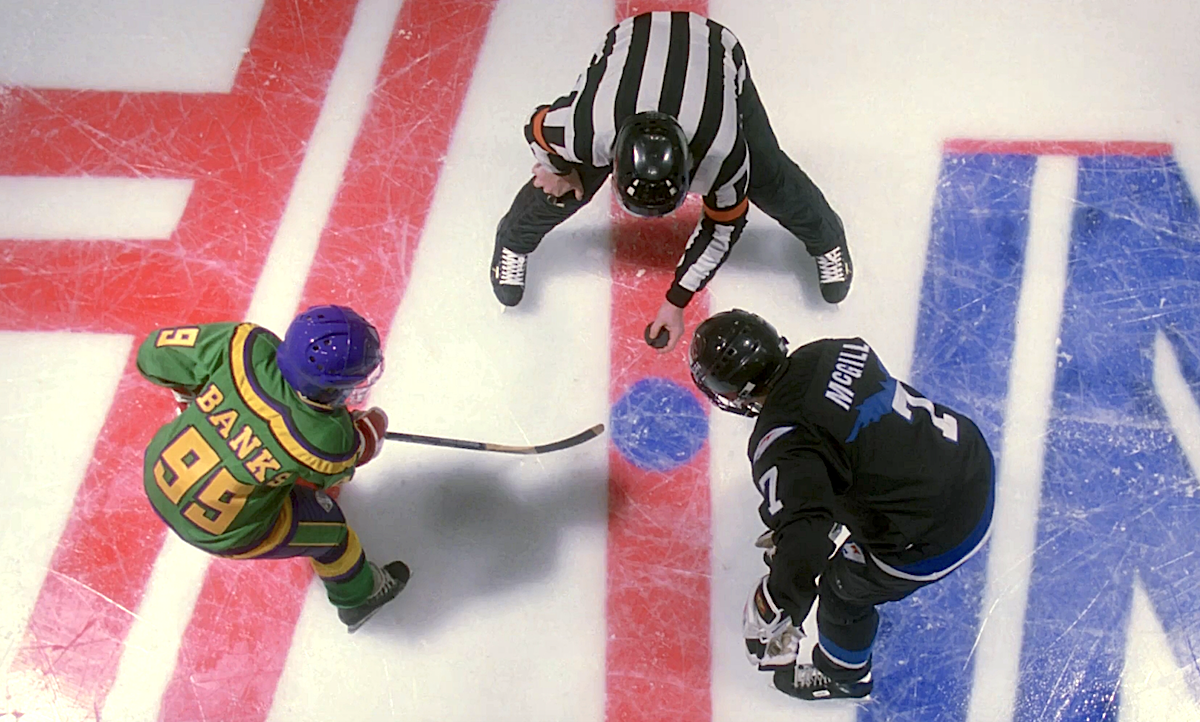 The ice is heating up, but hopefully not too much to melt now that playoff time in the professional hockey ranks is approaching. This frozen sport has always been obviously quite popular from generation to generation, and the movies revolving around it have been enjoyed by fans both young and old alike.

Now that the game is heading into its most popular time of year, it’s the perfect moment to brush up on the best hockey movies of all time. Here, in no particular order, are 10 of the very best, all of which absolutely slap.

As much as The Mighty Ducks being on this list is a no-brainer, first is the classic 1977 sports comedy Slapshot. The legendary Paul Newman starred in a role that, while not as serious as the several other performances from him that live on forever, still ranks among his best ever. Adding in the Hanson Brothers for the perfect amount of raunchy laughs makes this not only a unique comedy, but also a unique sports movie that will likely always be imitated but never duplicated.

Another film that you might have guessed would make this list is Miracle, which tells the story of the legendary U.S. Olympic hockey team that pulled off the surprise defeat of the heavily-favored Soviet national team during the 1980 Lake Placid Winter Games. The movie is definitely as inspiring as Slapshot is humorous, but what makes it stand the test of time is that it’s based on a true story. And with Kurt Russell doing an honorable portrayal of head coach Herb Brooks, this pick was a definite one.

Of course this one was going to find its way here. And for those of you out there who are from a particular generation, your inner child would likely have this at the top of the list all day, every day. The ragtag group of kids from Minnesota, led by lawyer-turned-coach Gordon Bombay (Emilio Estevez) bands together to show audiences that it’s not just about winning the game, but having fun out on the ice. The Mighty Ducks has the perfect amount of child-friendly humor, humanity, and of course, that good ol’ Disney magic.

Underdog stories, if done well, can make a sports movie an automatic winner, regardless of whether it’s a comedy or a drama. This 2011 comedy is an easy example of just that. Produced as an adaptation of an autobiography written by former hockey minor leaguer Doug Smith, the film follows Doug “the Thug” Glatt (Seann William Scott) as he punches his way onto a minor league hockey team in ⏤ where else? ⏤ Canada. The movie’s driven a little more towards winning personal battles and self-encouragement than the game itself, but it was surely good enough to warrant a sequel, Goon: Last of the Enforcers.

This 2014 documentary features an intriguing perspective of how hockey players were practically “manufactured” during the Soviet Union’s hockey heydays of the late 20th century. Of the many facets covered in this piece, audiences get to see the other side of the 1980 Lake Placid “Miracle on Ice” as well as how the influx of Russian players in the NHL during the 1990s came to pass. Jerry Weintraub and Werner Herzog, two of filmmaking’s biggest names, were executive producers on this project, so you know the end result is far above just a decent film.

Think of Die Hard at a hockey game with this Jean-Claude Van Damme ’90s action flick. The interesting thing about this pick is how the security guard hero (played by Van Damme) single-handedly takes out the bad guys while game seven of the Stanley Cup Finals between the Blackhawks and Penguins is going on in the background. Van Damme’s trademark splits, kicks, and foreign accent weren’t enough to help this movie do well at the box office after its release, but it still gets a decent amount of respect from its cult following. In fact, there’s a remake that was recently released, Welcome to Sudden Death, starring Michael Jai White as the lone protagonist, only this time all the action takes place during a basketball game.

This comedy starring Russell Crowe and Burt Reynolds is centered around a fictional team of hockey players who are all residents of the titular town. The team is so good that they’re able to lure the New York Rangers into town for an exciting exhibition game that caps off this lighthearted look at a small hockey village’s way of life. There are dramatic moments mixed with humor perfectly fitted for a small-town atmosphere, which makes it easy to root for the underdogs as they battle the Rangers all the way to the final horn.

This 2013 documentary was released under ESPN’s 30 for 30 film series, originally premiering on television. Unlike the other films on this list, you’re getting the true story straight from the source, in this case the disgraced former owner of the NHL’s New York Islanders, John Spano. The film shows you how the Islanders went from their best days ever during the ‘80s to their worst after Spano committed prison-worthy financial frauds just to temporarily become the owner of the team. Proud Islanders fan, actor, filmmaker, and Entourage’s own Kevin Connolly, directed this purely outlandish ⏤ if it was anything but true ⏤ documentary.

This is a serious tale about a Canadian First Nations boy who struggles through living in a tough and harshly undeserving environment. Throughout the film, the audience follows young Saul as he progresses through his youth and faces constant oppression simply because he is a Canadian Indigenous citizen. In the thick of all that negativity, he finds his peace while skating on the ice with a hockey stick in his hands. It’s a strongly dramatic, yet graceful portrayal of how the sport can allow a person to break free from negativity.

Since this selection of movies shouldn’t end on a low note, the sequel to the first Mighty Ducks movie finds its way here. While it being in this group would very likely spark an energetic debate, at least consider what this film does. It shows the beloved Ducks, as well as Coach Bombay, once again spreading their metaphorical wings as they grow and learn even further than before, all while representing Team USA on an international stage. And outside of the movie theaters, the film’s release was a marketing success for Disney that segued the public into paying attention to the actual NHL team of the same likeness. In full disclosure, though, we won’t discuss the third movie or the short-lived Disney animated series, so don’t worry.

This list can always be debated until the end of time. After all, someone might be a huge Kurt Russell fan, but not so much a fan of Paul Newman. Or someone out there might (somehow) completely dislike Disney movies of any kind. And who knows? Another movie about exploits on the ice rink could come out one day and replace one of these entries. Until then, consider these 10 to be the solid winners.