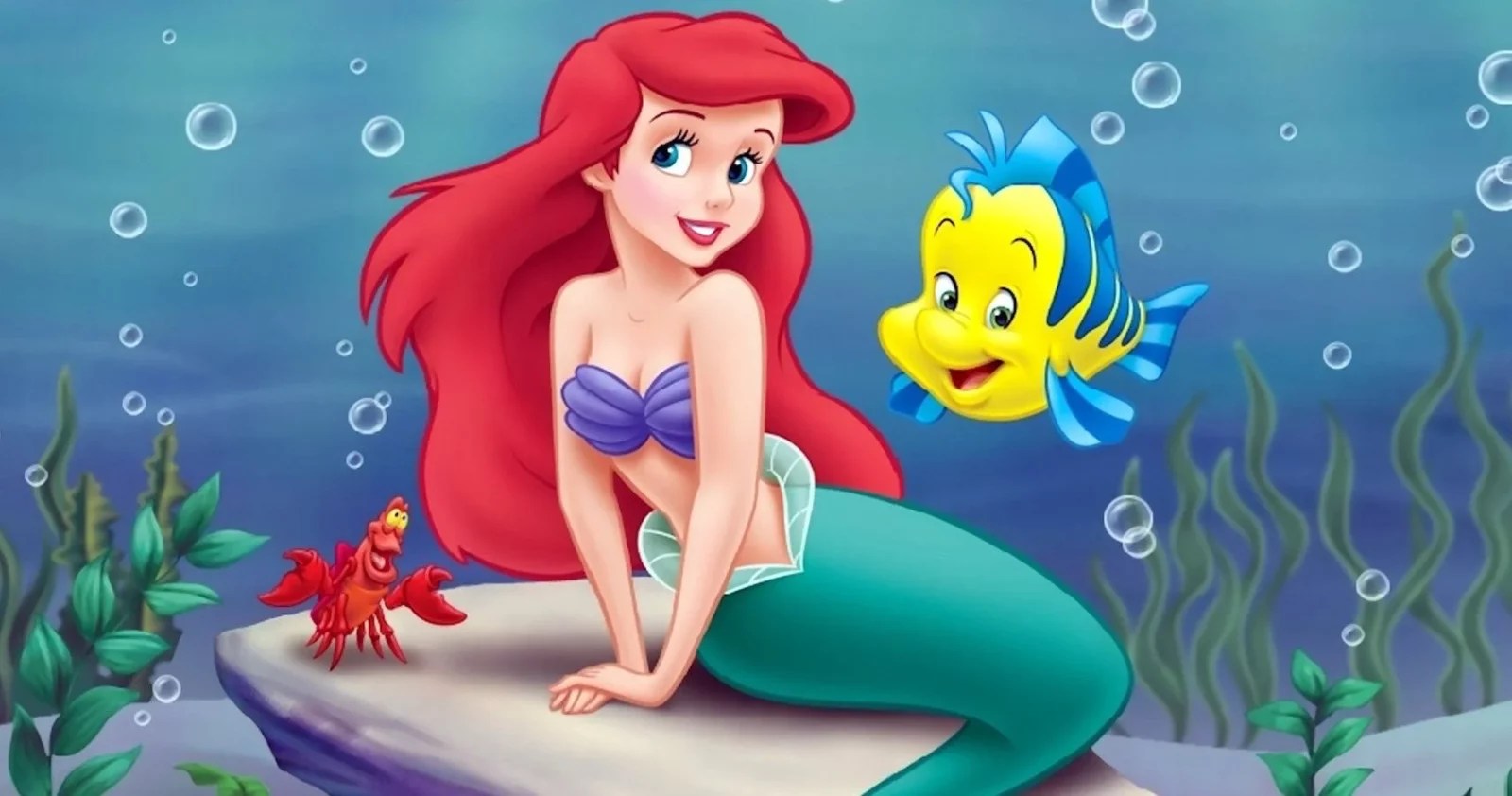 The origin of mermaids dates back to 1000 B.C. in civilizations such as Syria and Ancient Greece. However, the mermaids we know are charming creatures, unlike the sirens of old who would lure sailors to their death with a beautiful song.

The idea of mermaids was easily perpetuated by sea merchants being lonely at sea, not seeing an actual woman for months at a time. Some iterations of the mythical creature involve the granting of three wishes to the captor of a mermaid.

The following list will give you your mermaid fix, whether it’s a reimagining of The Little Mermaid by Hans Christian Anderson or a tale about man-eating sea-dwellers.

Not to be confused with Disney’s Little Mermaid, The Little Mermaid is a live-action fantasy-adventure film in which a young reporter, Cam, and his niece, Elle, discover a phenomenon they believe to be the Little Mermaid. They travel to Mississippi after learning about the alleged healing properties of the water in which she swims, which could cure Elle of her undiagnosed chronic illness.

When they arrive, they find the mermaid imprisoned in a circus, forced to live away from the ocean because an evil wizard has taken possession of her soul. Together, Cam and Elle must save the mermaid. It’s a magical tale of love triumphing over all and a fantastic movie to curl up on the couch with your family to watch.

Mermaid in Paris is a fantasy romance-comedy released in France. The story follows Gaspard, a hopeless romantic who has become jaded, and Lulu, the injured mermaid Gaspard rescues. After finding her by the Seine, Gaspard takes her to his home to tend to her wounds. He later learns that any man who falls in love with Lulu will die. But he can’t help himself and slowly falls in love with her, and she with him. As a result, Gaspard’s life is in danger.

It’s a delightful and refreshing film about finding love in unexpected places.

This isn’t your typical mermaid movie, mainly because the mermaids in this Polish horror musical film are man-eating strippers. The Lure has nudity, a fantastic music score, and a sexually-charged plot. It’s a brazen and intriguing reimagining of the mermaid theme.

The film tells the story of two mermaid sisters, Golden and Silver, who emerge from the waters to perform as dancers in a nightclub. Silver falls in love with a man and risks her tail being cut off or turning to seafoam if her feelings aren’t reciprocated. Meanwhile, Golden finds her entertainment elsewhere by murdering a bar patron. Following this, she starts to thirst for human blood. And it only gets crazier from there.

Barbie: Mermaidia is the seventh Barbie movie and the sequel to Barbie: Fairytopia. In this second installment, the fairy Elina must go on a journey to Mermaidia to save Prince Nalu. Elina’s nemesis, Laverna, has hatched an evil plan to learn the location of a magical berry that would make her the most powerful fairy in Fairytopia, and Prince Nalu is stuck in the middle of it.

Along with Bibble, Elina’s flying puffball, and Nori, a headstrong mermaid, Elina must venture to save Nalu and, in the process, might have to give up her most prized possession – her wings. However, she must answer the call as she’s the only one who can face Laverna and save Mermaidia.

As if being a teenager wasn’t hard enough, imagine growing fins and a tail. In The Thirteenth Year, Cody is an adopted teenager who has established himself on the school swim team, found a girlfriend, and secured popularity as he is turning 13.

According to the lore of this story, a merman’s 13th year is when he will start transforming into his fated form. As unusual things begin to happen to Cody, he must explore his origins and avoid arousing suspicion before making some life-changing decisions.

It’s a cute, coming-of-age film with a twist. And overall, it’s a story about choices, and overcoming being an awkward teenager going through a transformation.

The King’s Daughter is an action-adventure fantasy film based on the novel The Moon and the Sun. The story follows Marie-Josèphe, a trouble-making teen being raised in a convent in France. Her father, King Louis XIV, fears for his mortality after a bullet wounds him. So when he hears about the healing properties of a mermaid’s heart, he dispatches a group of fishermen led by Captain Yves De La Croix. After they succeed in finding a mermaid, they bring her back to the palace, where she is imprisoned and eventually found by Marie-Josèphe.

Simultaneously, Marie-Josèphe is called by her father from the convent as he plans to marry her off to a wealthy suitor. However, when she meets the dashing Captain Yves, she’s swept off her feet. With the help of Yves, Marie-Josèphe must rescue the mermaid by making her father Louis find his humanity as she risks her life to save the ones she loves.

The Mermaid is a Chinese-Hong Kong romance comedy fantasy film. Playboy property tycoon Liu Xuan purchased a coastal wildlife reserve and is using sonar technology to rid the area of sea life. However, Xuan doesn’t realize that his technology is risking the lives of a community of merfolk.

The critics’ response was positive, and the movie was praised as a heartfelt fairytale. Since its release in China, it broke numerous box office records and is currently one of China’s highest-grossing films of all time.

Once the answer to the Los Angeles Times crossword puzzle clue, “fantastic tale about a fantastic tail”, Splash is an American fantasy romantic comedy and the first film released by Touchstone Pictures, a film label created by Walt Disney Studios to target adult audiences.

The film follows Allen, a man who, as a boy, saw the mermaid, Madison. Ever since, he’s felt a hole in his heart and doesn’t quite understand why. But when fate brings them together again 20 years later, Allen falls in love with Madison for her outlandish behavior and perky disposition. The stakes are raised when a scientist who knows Madison’s secret attempts to reveal her as a mermaid. Allen and Madison must work together to explore their love and the magical bond they share.

Splash was nominated for an Academy Award for Best Original Screenplay and received praise for its humor, acting, and chemistry between the two leads. These attributes, among other things, make it one of the best mermaid movies.

Aquamarine is a fantasy romantic comedy film based on the adult novel Aquamarine by Alice Hoffman. The film is about two best friends, Hailey and Claire, enjoying their last days together before Hailey moves to Australia. Shortly before her move, Hailey prays to the ocean god and asks for a miracle so she can stay. A violent storm occurs, and the next day, the girls find Aquamarine, a mermaid washed in by the storm.

Aquamarine needs the girls’ help to avoid an arranged marriage, and reveals that they will get one wish for helping her. The plan gets bungled, however, and Claire and Hailey must choose to put Aquamarine’s welfare before their own selfish desires.

Ultimately, Aquamarine is a tale about growing up. It deserves its place so high on our list, but don’t take our word for it, stream it tonight on Starz.

This next film needs no introduction, but here goes anyway.

The film tells the story of Ariel, a teenage mermaid princess who dreams of becoming a human despite being explicitly forbidden by her father to have any contact with them. But when Ariel falls in love with a human prince named Eric, she turns to Ursula, the sea witch, to be transformed into a human. This plan goes awry, and with the help of her friends – a dignified crab, a timid guppy, and an out-there seagull – Ariel must go on a journey to save Eric, her kingdom, and herself.

Critics praised the film for its soundtrack, captivating plot and animation style, and lovable characters. All these qualities will have you following Ariel to the end of her journey.