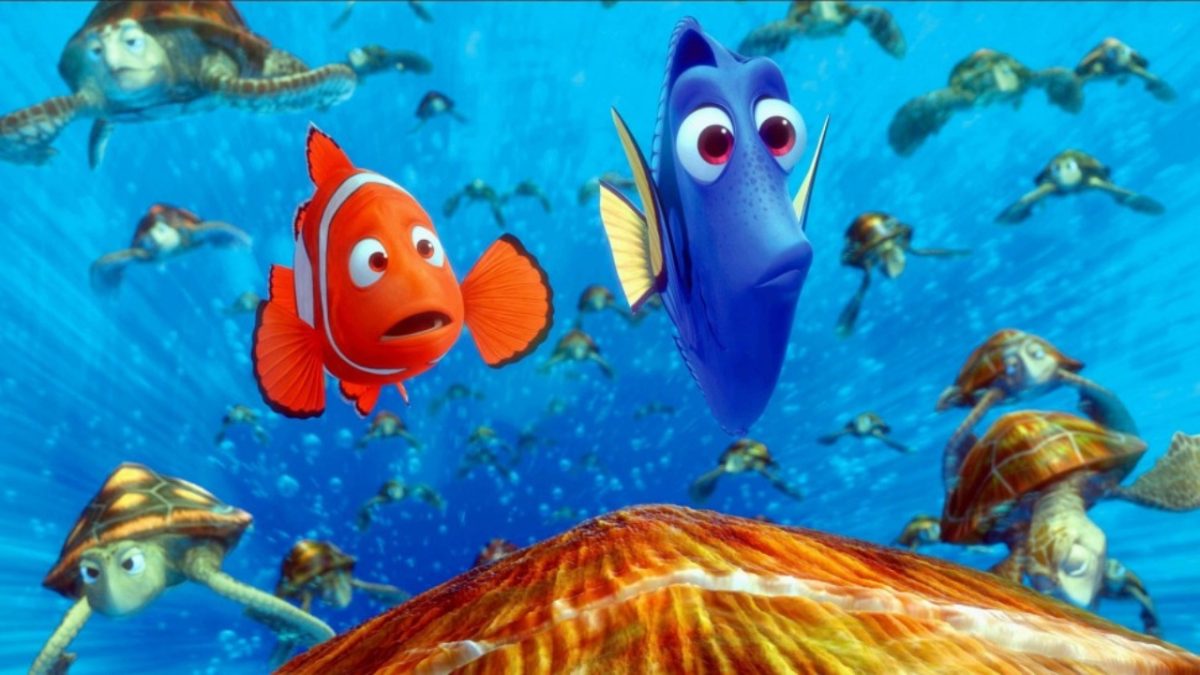 It might be hard to believe, but it is true; 2003 was 20 years ago. While that may seem like a simple statement, the fact that 20 years have passed will become more shocking the longer you read through this list of some of the best movies that came out in 2003. It does not, for example, seem possible that The Lord Of The Rings franchise — which was recently rebooted for a television series on Amazon Prime — completed its original trilogy 20 years ago. There are now, to put things in perspective, young adults well into college who were born after Finding Nemo first hit the big screen. Scary stuff, to say the least. And yet, despite all that has changed in the last 20 years, these movies remain essential and continuously enjoyable. To celebrate that fact, we have compiled a list of the 10 best movies turning 20 in 2023, ranked from worst to best.

The first movie on our list comes from famed actor and director Clint Eastwood, for a movie that would garner him his second of four Best Director nominations at the Academy Awards. Mystic River is a dark, brooding crime drama that takes place in the back streets of Boston and features some truly fantastic performances from the likes of Kevin Bacon, Marcia Gay Harden, Tim Robbins, and Sean Penn. The latter two would even go on to win Academy Awards for their performances in the film. Even 20 years on, it would be a shame to spoil any of this searing plot for those who might not have seen the film, but it very much holds up as a story of suspicion, loss, and betrayal.

9. Pirates of the Caribbean: The Curse of the Black Pearl

When it was announced that Disney would be making a movie based on the theme park ride of the same name, there were, understandably, some questions. It did not take long for those questions to be answered, as Pirates of the Caribbean: The Curse of the Black Pearl was not only a massive box office hit, but a swashbuckling adventure well worth the price of admission. Starring Johnny Depp in what may be his most memorable performance ever, Pirates would go on to launch four more movies in the franchise, with more possibly on the horizon. Much of the success of the first film can likely be attributed to the steady-handed direction from Gore Verbinski (The Ring, The Mexican) and the ensemble surrounding Depp, which included Keira Knightley and Orlando Bloom. You can stream Pirates of the Caribbean on Disney Plus.

In a lot of ways, Elf does not really seem like it has aged a day in the 20 years since its release. There are a lot of reasons for that, the biggest being that you can probably not go a single year without seeing at least part of this hilarious movie, come the holiday season. The other is the truly pitch-perfect performance from Will Ferrell, who takes this admittedly silly premise and makes it one of the best Christmas movies of all time. Directed by Jon Favreau, who would go on to make such hits as Iron Man and The Jungle Book, Elf does a fantastic job of establishing our hero as both whimsical and innocent, a balance that makes the whole thing work so well.

Lost In Translation, written and directed by Sofia Coppola, was very much the indie hit of 2003, owning the festival circuit and becoming a hit with audiences and critics alike. Starring Bill Murray and Scarlett Johansson, Lost In Translation is a kind of off-kilter love story, in which its two main characters find themselves drifting and lost in Tokyo and unsure of where their respective lives are headed. It is not a romantic story, in the classic sense, but one where two seemingly different characters find comfort in each other’s longing, forming an unlikely, yet touching bond. Coppola would go on to win the Academy Award for Best Original Screenplay for her work on the film.

Written by Alex Garland (Men) and directed by Danny Boyle (Slumdog Millionaire), 28 Days Later was a low-budget thriller that made significant waves upon its 2003 release and continues to be an influential take on the zombie drama. The movie centers on Jim (Cillian Murphy), a man who wakes up in a hospital 28 days after the world is decimated by an apocalyptic event, the origins of which we get a sense of in the film’s intense opening. Jim, like the viewer, is completely oblivious, but with the help of characters like Selena (Naomie Harris) and Frank (Brendan Gleeson), Jim is able to piece together the horror of the world in which he now lives, one where a single mistake can quickly become deadly. Humans are both the best and worst part of this world run amok with diseased, raging, bloodthirsty monsters.

Though this movie technically came out 2002 in its native country of Brazil, it wasn’t widely released until 2003, so we’re claiming this year as its official 20-year anniversary. This epic crime film, directed by Fernando Meirelles and Kátia Lund, was adapted from the 2007 novel of the same name and follows the growth of organized crime within a suburb of Rio de Janeiro, set mostly in the 1970s. City Of God is a prime example of a word-of-mouth success story, as this movie came out of nowhere to be a huge deal in 2003 and beyond. The success of the movie led to four Academy Award nominations, including Best Director and Best Adapted Screenplay. You can check out City Of God on Amazon Prime.

4. Lord Of The Rings: The Return of the King

2003 marked the year we finally got the epic conclusion to the groundbreaking Lord Of The Rings trilogy, and it did not disappoint. Director Peter Jackson clearly had a handle on the story from the beginning, but with each installment in the series, the stakes were raised, all leading to The Return of the King, which included some of the biggest battle scenes ever put to film. It was, and remains, a staggering achievement in filmmaking. The movie would go on to make over $1 billion at the box office and take home the Academy Award for Best Picture, solidifying The Lord Of The Rings as one of the most successful trilogies of all time.

This might not be the best movie of the year, but it might just be the most fun. School Of Rock, starring Jack Black, Joan Cusack and a cast of excellent child actors, tells the story of a hapless barroom rocker down on his luck and kicked out of his band, only to find his footing as a substitute teacher, albeit a fraudulent one. Black is at his best here, channeling his side job as frontman of Tenacious D and owning the screen as Dewey Finn, a loser with a heart of gold who eventually turns his fourth-grade classroom into a rock club. There is also plenty of talent behind the camera here as well, as the movie was written by none other than White Lotus creator Mike White and directed by Richard Linklater (Dazed and Confused). Recently, there has been both a musical adaptation of the film on Broadway and a television show on Nickelodeon, showing just how beloved a movie this continues to be.

2. Master and Commander: The Far Side of the World

The second movie on our list to take place on the high seas, Master and Commander: The Far Side of the World is the more realistic depiction of nautical warfare next to something like Pirates of the Caribbean. That doesn’t mean it is any less exhilarating, featuring some of the most epic battle scenes you will ever see. Directed by veteran filmmaker Peter Weir (Witness) and starring Russell Crowe and Paul Bettany, Master and Commander is loosely based on real events and characters that sailed the ocean during the Napoleonic Wars of the early 1800s. 20th Century Fox, the studio behind the film, spared no expense in bringing this action to the screen, spending almost $150 million and filming in actual open ocean to retain the realism of the movie.

Call this a children’s movie if you want, but Finding Nemo is without doubt the movie with the most lasting impact made in 2003, solidifying Pixar as the premiere animation studio and winning the hearts of families everywhere. Starring Albert Brooks and Ellen DeGeneres as Marlin and Dory, respectively, Finding Nemo raised the bar for animation everywhere, depicting under-sea life with an unmatched beauty and telling a story that viewers of every age could sink their teeth into. The movie would become a smash hit, becoming the second-highest grossing movie of the year behind only The Return Of The King.