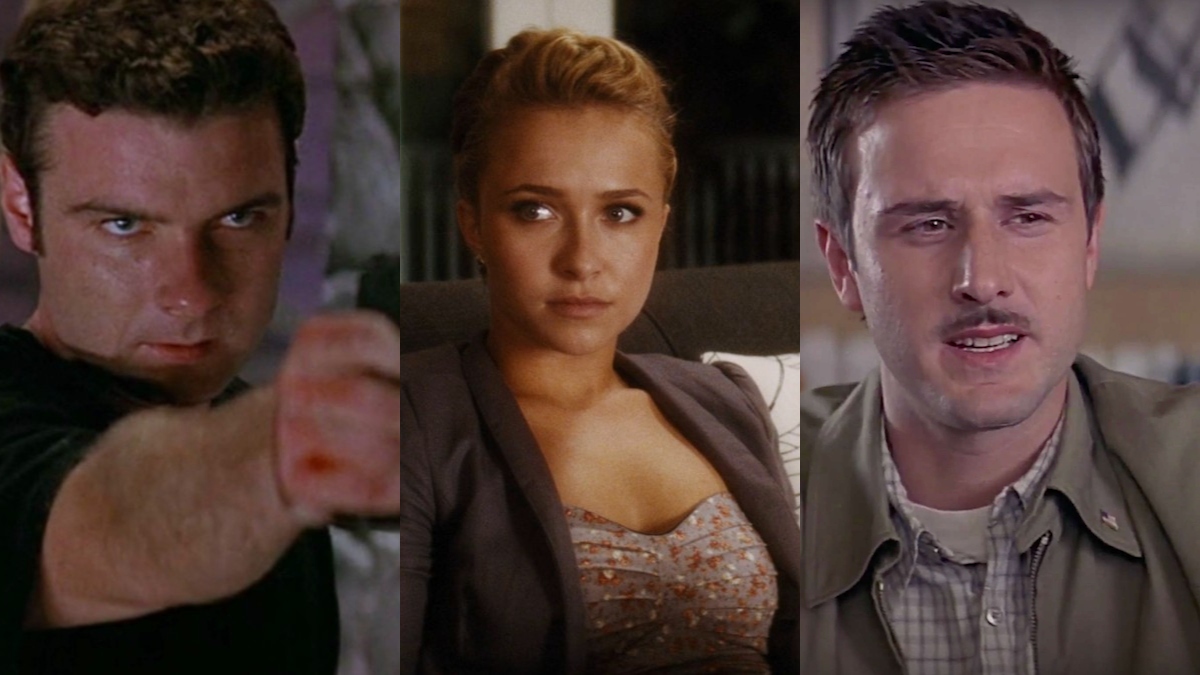 Back in 1996, director Wes Craven and writer Kevin Williamson combined their individual brilliance to craft an organically rich and culturally significant piece of cinematic horror in Scream. The overwhelming success of Craven’s masterpiece eventually spawned a parade of enthusiastic sequels — many of which introduced a healthy dose of scintillating characters that have been revered and remembered by fans of all ages over the last few decades. These characters, whether featured as main or supporting, are undoubtedly the legs of the foundation that made the franchise the success that it is today.

With that being said, it’s safe to state that Scream has secured its spot as one of the most profitable and long-lasting franchises in the horror genre — with its band of characters never wavering in excitement and allure. And while the acclaimed film series has undoubtedly pumped out a plethora of intriguing characters, a handful of bright apples have stood out in comparison to the rest of the spoiled bunch. So, let’s examine the 10 best characters in the iconic Scream catalog.

While this might not ring in as an obvious choice, it’s hard to discount the eventual likability and stark character development for Cotton Weary. Believed to be the movie’s original villain, Cotton is arrested before the events of Wes Craven’s 1996 original for the assumed murder of Sidney Prescott’s mother. However, Cotton is eventually granted his freedom and attempts to recreate a normal life for himself. And while he might make a few questionable moves along the way (such as trying to force Sidney into an on-air interview), he redeems himself by helping Sidney survive a traumatic encounter with Billy Loomis’ mother. Plus, Liev Schreiber absolutely nails it in this role — and seeing his acting prowess on display is a win on its own.

Considered by some to be an insanely joyful presence, Tatum is quite the opposite as far as great characters are concerned. Portrayed by Rose McGowan, Tatum is truthfully the kind of friend that you want — especially when it comes to the dangers of a traditional slasher film. Amidst backlash and constant threats to Sidney, Tatum remained a devoted friend who did whatever she could to try and keep Sidney safe from Ghostface’s warpath. On top of that, Tatum’s relationship with her brother Dewey helped to catapult both characters into popularity, with fans applauding their individual bravery and commitment to loved ones. Tatum might have suffered an awful fate at the hands of Ghostface, but she was a valuable friend to Sidney and a significant character long before her death.

Without question, Scream IV was chock-full of intriguing characters — specifically Jill and Charlie — that pushed the envelope in terms of recreating the franchise’s horror vibe. However, the movie simultaneously produced a fan-favorite character that diehards would come to appreciate for years to come — and that would be Kirby Reed. Portrayed by the talented Hayden Panettiere, Kirby quickly established herself as a character that captivated audiences and kept fans glued to their screens. In fact, the popularity grew so much that Kirby is now set to return in the franchise’s upcoming chapter, Scream VI — proving that fans will never allow themselves to forget such a fantastic character.

One of the best decisions Wes Craven ever made was bringing Matthew Lillard onboard for Scream. As one of the original killers alongside Billy Loomis (Skeet Ulrich), the duo eventually became two of the most popular and recognizable villains in all of horror. Lillard’s Stu Macher undoubtedly provided plenty of comedic moments and gut-busting outburst that helped to shape his credibility and likability amongst the fandom — despite him actually being a baddie. Nevertheless, Stu’s out-of-this-world reactions and outright insanity is what makes him one of the best characters in the entire franchise — which is just a few reasons as to why his name is being tossed around once again for an appearance in Scream VI.

As previously mentioned, Billy Loomis reigns as one of the most dominant and threatening villains in the Scream catalog. As a natural-born killer with psychopathic tendencies, it’s not hard to understand Billy immediately resonated with fans as a knockout baddie whose temper would shift at the drop of a dime. From the jump, Billy possesses all of the qualities of a disgruntled lover and abandoned son — which ultimately proves to be two of the reasons for him eventually donning the Ghostface ensemble and attacking Sidney Prescott. From his irresistible charm to his unsettling nature, Billy Loomis ranks as one of the best kills in the fun-filled franchise.

Jumping into the more modern-day reality of the franchise, Randy’s niece Mindy has swiftly proved that she is one of the best characters in the updated age of Scream films. Much like her uncle, Mindy carefully studies the grisly nature of serial killers and their distinctive motives. As a result, Mindy has undoubtedly etched her status in the series as a fan-favorite that makes her relatable and enjoyable. She possesses a whirlwind of intelligence and wit, which she often utilizes to try and help her draw a conclusion to the crimes within Woodsboro. Truthfully, the contemporary period of the franchise would seem extremely dull without her, so it’s satisfying to know that she will return in Scream VI.

You’d be hard pressed to find a Scream diehard fail to mention Randy Meeks in their own personal list of the series’ best characters. As a self-proclaimed horror aficionado, Randy is an obsessive film geek and passionate horror fanatic who carefully crafts outspoken essays which outline the ins and outs of horror — many of which have proved to become true in the original film’s narrative. Despite the over-intrusive thoughts spewing from his mouth on a constant basis, Randy is truly a beloved character with good instincts and a heart of gold. On top of that, it certainly helped the character’s credibility with a knockout star like Jamie Kennedy at the helm of the role — although Randy was definitely one of the very best all on his own.

Cutting into the top three, it would be an absolute travesty to not include Dewey Riley — everyone’s favorite lighthearted officer who has succeeded in making the entire fandom fall in love with his integrity and heroism. Introduced in the original, Dewey is one third of the knockout trio — including Gale Weathers and Sidney Prescott — and has done his absolute best in the franchise to defend those near and dearest to him. And while Dewey hasn’t necessarily always done the most proficient job of luring off evil perpetrators, you can always count on the protagonist to save the day when he’s needed the most. Unfortunately, though, Dewey suffered a terrible fate in Scream (2022), but his status as one of the best will certainly never waver.

Closing out the top two, it would feel ridiculous to not include Gale Weathers near the top — especially since many folks are considering her to be the franchise’s truest final girl now that Neve Campbell has exited the series. And while Gale was first introduced in a villain-esque role in the 1996 original, she has undoubtedly grown to become a fan-favorite vixen who isn’t afraid to get involved in the drama. Simply put, Gale will happily get involved in danger, and although she does so without properly thinking of the consequences, it’s satisfying to witness such a brave female protagonist who remains a force to be reckoned with. As a result, Gale is etched in history as one of the best, and fans are surely looking forward to her much-anticipated return in Scream VI.

Was there ever any actual doubt? As the franchise’s main final girl, it would be incredibly silly to not secure Sidney’s top spot as the best character ever in the Scream catalog. Despite the long list of trivialities floating around Sidney’s actual reality of problems, Neve Campbell’s brilliance helped to propel the character and shape her into a formidable protagonist. Her ability to stare anger directly in the face and maintain her composure is one of the most likable qualities about the character — especially when you consider Ghostface keeps coming back every time to slaughter her. And yet, Sidney has reigned for decades now as the best character in the Scream franchise with plenty of support behind her.