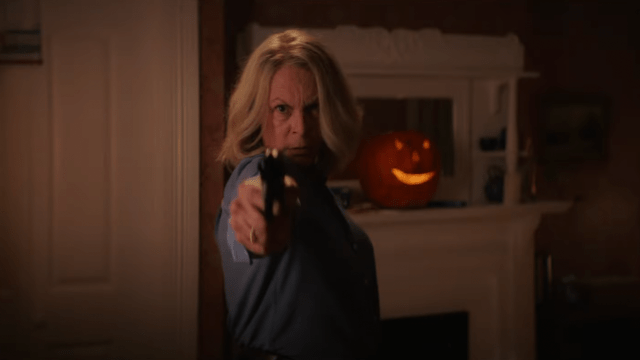 The massive horror genre is chock-full of tropes that help to define the category as a whole. And out of the plethora of notable tropes, there is arguably none more significant than the “final girl’ trope, which, in hindsight, has helped to establish an array of scream queens. These scream queens — whether classic or modern — have seen their careers catapulted following horror movie success. Over the years, horror auteurs and creative filmmakers have given these lead actresses their well-deserved moment in the spotlight — and rather than running away aimlessly from the killer, these queens stand their ground and fight.

As a result, it is these stellar leading ladies that have aided in the popularization of the horror genre and kept the genre trucking for several decades now — and, truthfully, horror would have never been the same without them. So, here is our definitive list of the 10 best scream queens of all time, ranked.

It would be the ultimate travesty to generate a list of the best scream queens in horror without listing one of the greatest actresses of all time in the genre. Janet Leigh — mother of fellow scream queen Jamie Lee Curtis — has memorably etched her name in horror history with groundbreaking performances in Psycho and The Fog, and even Halloween H20: 20 Years Later. And while Leigh eventually went on to have a prolific Hollywood career, it was her success in horror films that earned her the label as a scream queen.

As one of the most polarizing scream queens in modern cinematic horror, Vera Farmiga rightfully deserves a spot on this star-studded list. Farmiga has launched a successful career over the years, but perhaps no other title is greater than her reputation as a scream queen due to her exceptional portrayal of Lorraine Warren in The Conjuring films. But, before the massive success in James Wan’s brainchild, Varmiga kickstarted her career in horror by starring in Orphan — where audiences first caught a glimpse at her unmatchable talent in the genre, and resulted in her eventually earning the status of scream queen.

Arguably, Marilyn Burns was one of the proudest scream queens in this stellar lineup. The late actress appeared at horror festivals throughout her entire life, and never turned away from her success in the horror genre. Burns first appeared in Tobe Hooper’s macabre masterpiece The Texas Chainsaw Massacre, where she portrayed memorable final girl Sally Hardesty. Burns followed up her success in the original by starring in both Texas Chainsaw Massacre: The Next Generation and Texas Chainsaw 3D. After appearing in Hooper’s classic, Burns went on to star in the television miniseries Helter Skelter, which further helped solidify her acting prowess as a renowned scream queen.

The Exorcist is unequivocally one of the most unsettling and memorable horror movies in the history of the versatile genre — and, truthfully, the film wouldn’t be nearly as prolific as it was without the talent of star Linda Blair, who was only a child at the time of starring in the movie. Blair eventually secured an Oscar nomination for her bone-chilling portrayal as Regan MacNeil, and while she was never able to reach similar success in future projects, it would be unjust to exclude Blair’s name from this list. Her talented acting ability and frightening portrayal have easily helped her become one of horror’s very best scream queens.

Despite being the youngest actress on this list, Anya Taylor-Joy has made quite the name for herself in the world of horror. The 26-year-old actress has lent her prowess to several successful horror movies, including The Witch, Split, and Last Night in Soho. Her versatile style and standout performances have quickly catapulted her into the discussion of unforgettable scream queens that have left a long-lasting impression in horror films. And despite her young age, Taylor-Joy has achieved several accomplishments at the box office and plenty of praise from critics and audiences alike.

Despite mainly adhering to the A Nightmare on Elm Street franchise, Heather Langenkamp has managed to solidify herself as one of the best scream queens in the genre. Langenkamp memorably launched her career by starring in Wes Craven’s 1984 original, which saw her portraying final girl Nancy Thompson. As the perfect counterpart for Robert Englund’s Freddy Krueger, horror audiences immediately became fascinated by Langenkamp and she soon established her name in horror. To this day, Langenkamp is proud of her horror roots, and she will forever hold the distinction of being a memorable scream queen.

The second-youngest actress on this list should certainly not come as a surprise to horror fanatics. The gifted Australian actress has become a prominent force in the horror world over the last couple of years — which includes her standout performances in horror/comedy films like Ready or Not and The Babysitter. And with the recent announcement that Weaving has been cast in Scream 6, her devotion to the horror genre continues to increase. Weaving’s unique acting style and superlative use of body language — and, of course, her scream — has further established her credibility, and we expect a slew of future horror projects for the bright star.

When the discussion of best scream queens is brought up, Neve Campbell undoubtedly needs to be included. The Canadian actress was launched to Hollywood stardom after her groundbreaking performance in Wes Craven’s Scream. From there, Campbell became the face of the slasher franchise, where her inclusion is still demanded to this day — and, despite contract issues, Campbell remains a prominent force in the world of cinematic horror. For her work in horror, Campbell is easily one of the most recognizable and prolific actresses from the ‘90s, and deserves a spot on this list of best scream queens.

Truth be told, Ellen Ripley is one of the most badass characters in the history of horror. Weaver portrayed the memorable heroine in 1979’s Alien — which effectively terrorized audiences and catapulted Weaver to stardom. The now 72-year-old actress went on to portray Ripley four more times in the classic franchise, and her performances only got better with each passing film. Weaver went on to become one of the most recognizable names in the prolific genre, and even obtained roles in other horror staples like The Village and The Cabin In The Woods. As a result, Weaver is solidified as one of the top two scream queens of all time.

Did you ever have any doubt? Unquestionably, Jamie Lee Curtis is the most commercially and culturally successful scream queens in the history of the horror genre. Curtis received her major breakthrough back as Laurie Strode in 1978 with John Carpenter’s Halloween, where she quickly achieved massive fame and went on to star in other successful horror projects like The Fog, Prom Night, and Terror Train. As memorable heroine Laurie Strode, Curtis went on to reprise the notable role several times in a slew of sequels. And despite Curtis’ career spanning a variety of genres, she will always hold the distinction of being the best scream queen of all time.