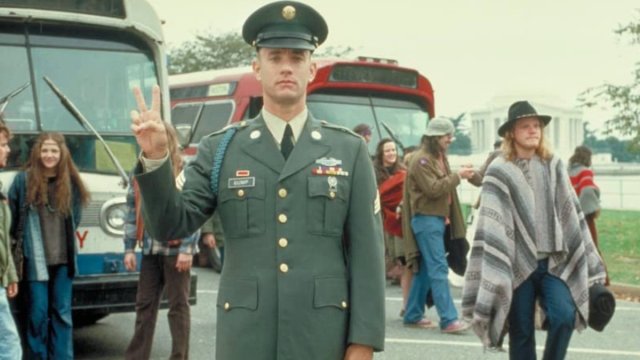 Many factors go into the making of a classic, timeless movie, including a phenomenal script and great cinematography. Still, one of the most important is the potency of the actors’ performances. Indeed, a film fails to stand out without these raw portrayals of characters. But when actors exceed expectations, they are solidified in the audience’s eyes as staples in these famous movies. The following are the best acting performances of all time and will most likely be considered pop culture icons for the foreseeable future. So buckle up, get some popcorn, and get prepared for extraordinary acting.

Jodie Foster – Silence of the Lambs

Silence of the Lambs is a psychological horror film adapted from Thomas Harris’ 1988 novel starring Jodie Foster as Clarice Starling, a young FBI trainee who is hunting “Buffalo Bill,” a serial killer who skins his female victims. To catch Bill, Starling must seek the help of the notorious serial killer Dr. Hannibal Lecter, a brilliant psychiatrist and cannibal.

Foster’s range as an actress is impressive, and this role was no exception. Her ability to approach a part intellectually and get into the character’s headspace makes her performance that much more complex, riveting, and astounding.

Silence of the Lambs is regularly cited as one of the greatest and most influential films. Foster was awarded an Academy Award, a Golden Globe Award, and a British Academy Film Award for best actress.

Starring Christian Bale, American Psycho is a horror film based on the Bret Easton Ellis novel by the same name. In it, Bale plays Patrick Bateman, a New York City investment banker who moonlights as a serial killer. Throughout the movie, Bateman hides his psychopathic tendencies from his co-workers, friends, and lovers as he sinks deeper into his hedonistic delusions.

Bale gives a fascinating performance as a troubled, wannabe “Yuppie” who has psychotic, violent impulses. The movie is at times hysterical and other times grim, but Bale delivers in both regards.

Inglorious Basterds is jam-packed with drama, suspense, and dark humor. And best of all, it boasts the talented Christoph Waltz.

The film reimagines Nazi-occupied France during World War II, a real what-if scenario. Waltz plays a conniving but strangely charming Nazi known as the “Jew Hunter,” and he received his moniker due to the ingenious yet unsettling tactics he uses when hunting the Jewish people of France. However, he didn’t expect to come head-to-head with the Inglorious Basterds, a group of Jewish U.S. soldiers, and what follows is a fateful night that shapes history.

Waltz manages to create tension in his audience while remaining his theatrical self. He delivers his lines splendidly and plays his courteous, fiend of a character well. He received accolades for his performance and many awards, including a Cannes award and a Golden Globe.

Fences is a period drama film based on the Pulitzer Prize-winning play of the same name. In it, a working-class African-American father, Troy Maxson, tries to raise his family in the 1950s. Bitter over the missed opportunities of his youth, Troy creates tension in his family when he sabotages his son’s chance to meet a college football recruiter. Viola Davis plays Rose, Maxson’s devoted wife of 18 years. She’s streetwise, tenacious, and played beautifully by Davis.

Fences allowed Davis to venture into places and shades of her acting previously unseen. She won many awards for this role, including an Academy Award and a Golden Globe.

Charlie Sanford is a self-centered yuppie who learns that his estranged father left a fortune to his previously unknown autistic-savant brother Raymond, played by Dustin Hoffman. Charlie kidnaps his brother and sets out across the country with him in hopes of gaining a larger inheritance. Raymond’s antics drive Charlie insane, but the trip changes their lives.

Hoffman gets deeply immersed in his character and gives an excellent portrayal of a man with autism who cannot comprehend the world around him. His performance is magical, moving, and believable. For this role, Hoffman won awards, including an Oscar and a Golden Globe.

Sophie, a Nazi concentration camp survivor, finds a reason to live in an unlikely place. She immigrates to America and resides in a boarding house in Brooklyn with her somewhat unstable but passionate partner, Nathan, an American Jew obsessed with the Holocaust. However, the ghosts of her past and Nathan’s obsessions jeopardize Sophie and Nathan’s happiness.

Meryl Streep is utterly mesmerizing as Sophie, from her mannerisms and accent to her portrayal of the character’s pain. It’s considered one of the finest female performances in cinema. Streep won an Oscar for this role and a Golden Globe.

Jack Torrance and his family live alone in an isolated hotel for the winter, but a sinister presence resides with them. As the unseen force influences Jack toward violence, his psychic son starts having horrific visions from the past and future.

As one of the most significant horror movies ever made, Jack Nicholson is a leading factor in the making of this masterpiece. It’s an iconic role, and his increasingly unhinged character is both amusing and terrifying.

Judy Garland – The Wizard of Oz

When a tornado rips through Kansas, young Dorothy and her dog, Toto, are swept away to the magical land of Oz. They embark on a quest following the Yellow Brick Road to Emerald City to meet the Wizard of Oz. Along the way, they make new friends, including a brainless scarecrow, a tin man who yearns for a heart, and a cowardly lion. But things get complicated when the wizard asks them to bring him the Wicked Witch of the West’s broom in return for sending Dorothy home.

Judy Garland’s portrayal of Dorothy is magical, and she plays the beloved character well. It’s a timeless classic and is made all the better by Garland’s presence.

When a villain known as the Joker terrorizes the people of Gotham, the hero Batman must undergo an unparalleled test of his psychological and physical abilities to battle injustice. But when Batman and the Joker’s struggle becomes personal, the hero is forced to “confront everything he believes.”

Heath Ledger’s portrayal of the Joker is iconic, and his line “Why so serious?” has become a staple in movie pop culture. His method acting and ability to play an unhinged, sadistic psychopath made this movie a doozy, as Ledger made audiences love his antagonist character just as much as the film’s protagonist. Ledger won many awards posthumously for this role, including an Oscar and a Golden Globe.

Historical events such as the presidencies of Kennedy and Johnson, the Watergate scandal, and the Vietnam War play a pivotal role in the life of Forrest Gump, a man with an IQ of 75, whose only desire is to be with the love of his life and childhood sweetheart, Jenny. It follows his life events and is told from his perspective as he navigates life as a simple but well-meaning man.

As one of the most well-known and well-loved movies of all time, Forrest Gump is a story of love, commitment, and happy endings. Tom Hanks’ portrayal of the lovable Forrest Gump is classic, and his performance remarkable, winning a place in audiences’ hearts.