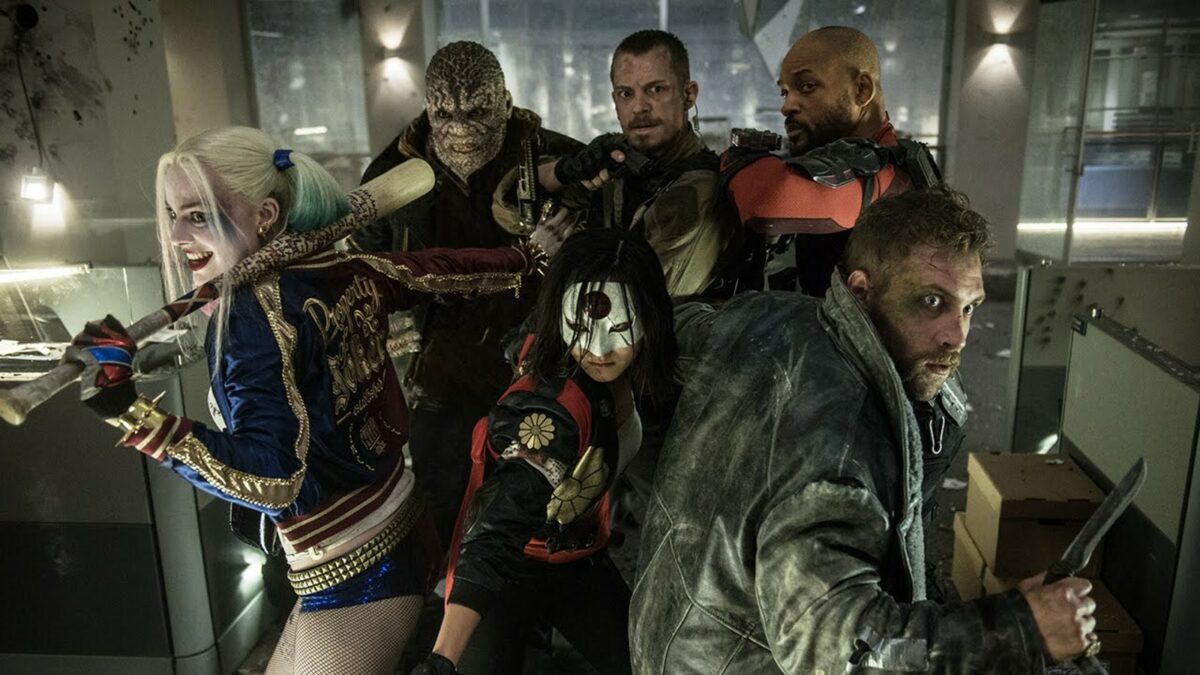 DC Comics has some of the most infamous superheroes in the world, Superman, Wonder Woman, and Shazam, among many others, so it should come as no surprise that they have some of the most powerful supervillains you’ll ever find. The legacy of DC’s movie history stretches back to Superman and the Mole Men (1951) starring George Reeves as the world’s greatest hero. Throughout the decades and the shifting cultural landscape, heroes have faced everything from gods to aliens and magical beings, and threat levels have only increased as time has gone on.

Today, DC Films is replete with world-destroying villains who can give even the best of them a run for their money. In the modern age, villains have taken some of the spotlight over their heroic counterparts with movies that feature the bad guys in starring roles and their stories being given more depth than those of yesteryear’s 2D versions. A hero is only as good as their worst villain, and in that regard, DC has some of the best you’ll ever find.

Here’s the list of the strongest DC villains in movie history.

David Kane/Black Manta (portrayed by Yahya Abdul-Mateen II) in Aquaman is a mercenary with some serious skills. In a battlesuit made with experimental Atlantean technology and weaponry, he can hold his own against Aquaman, putting him near the same level. He’s got increased strength, flight, and durability, but his most dangerous power is his red plasmoid energy beams that he shoots from his helmet. It demolishes everything it hits and it was strong enough to burn Aquaman.

Slade Wilson/Deathstroke (played by Joe Manganiello) in Zack Snyder’s Justice League is one of the most lethal assassins in the world. He’s basically designed to kill, as a skilled martial artist and extraordinary bounty hunter. The super serum that was used on him makes him even more dangerous with increased strength that puts him on metahuman level, and as a tactician, he can outsmart even the best fighters. He hasn’t been featured much in the movies, but his presence alone commands respect.

Thaddeus Sivana (played by Mark Strong) in Shazam! poses a major threat to the new hero, Shazam (played by Zachary Levi), who was still figuring out his magical powers. As a child, Sivana was summoned by the wizard Shazam, but he wasn’t chosen as his champion and instead, Billy Batson was granted the powers of Shazam. Sivana made it his mission to steal Billy’s newfound powers using the Seven Deadly Sins, and this bitterness is what makes him so dangerous. He’ll stop at nothing to unlock the secrets of magic and this ruthlessness increases his power.

Orm Marius/Ocean Master (played by Patrick Wilson) in Aquaman is hell-bent on vengeance against his half-brother Arthur Curry (played by Jason Momoa) and the surface world for their mistreatment of the environment. The warrior prince is a high-born Atlantian with powers that surpass most others. He’s a master combatant with superhuman strength, speed, senses, aquatic adaptation, and with a trident, he’s downright beastly. Had it not been for his insecurities and ego, he might’ve actually won against the true King of Atlantis.

Enchantress (portrayed by Cara Delevingne) in Suicide Squad is hands-down the most powerful member of the team of career criminals. She’s an ancient mystical entity who possesses the body of archeologist June Moon and breaks out of Amanda Waller’s program. Allied with her brother Incubus, she’s powerful enough to create an army and a mystical superweapon that threatens an entire city. In pre-Columbian history, she was worshipped as a god which should give some insight into her power levels.

General Dru-Zod (played by Michael Shannon) from Man of Steel has the strength of Superman thanks to the yellow sun, only he’s a trained warrior, which makes him way more deadly. He’s got all the powers Superman does: super-strength, heat vision, flight, nigh invulnerability, and their fight was so cataclysmic it nearly leveled Metropolis. His power levels almost reach that of an old god and that’s no small feat. His entire goal was to resurrect Krypton and he would’ve stopped at nothing to see it done.

The Old God Ares (portrayed by David Thewlis) from Wonder Woman is obsessed with destruction and he has the means to do it.  He was powerful enough to kill many of the Old Gods, and Zeus created the Amazons in an effort to prevent him from rising to power. He’s nearly invulnerable with godly power that can level nations, but it’s not only his physical strength that’s threatening, it’s his influence over humanity to cause more havoc that really puts him over the edge.

Although the Green Lantern movie gets a lot of hate, there’s no denying that Parallax (played by Clancy Brown) is one of the most powerful DC villains. Parallax is an ancient demonic embodiment of fear with cosmic levels of power and strange and massive physiology.  He was created when the Guardian of the Universe was corrupted by the yellow energy of fear and is imprisoned on the planet Ryut. He’s unleashed when alien astronauts accidentally free him and he goes on a terror spree destroying civilizations and Green Lanterns. Parallax has energy projection, power absorption, power distribution, and telepathic communication.

It might be bold to give Darkseid the number two spot instead of the number one spot, but there’s a valid reason for it. Darkseid (portrayed by Ray Porter) in Zack Snyder’s Justice League is a New God and a heavyweight supervillain that can easily wreck just about everybody on this list. During the Invasion of Earth, Darkseid fights the Amazons, humans, Hercules, Ares, Green Lantern Yalan Gur, and Atlanteans, and he did more than hold his own. It was a brutal battle that saw many deaths, all in his attempt to possess the Anti-Life Equation. He’s got unbelievable physical strength, invulnerability, and Omega Beams, but he ultimately had to retreat to fight another day.

The winner of the strongest DC villain is Doomsday (portrayed by Robin Atkin Downes) from Batman V. Superman. The monstrosity was made by Lex Luthor, who used General Dru-Zod’s reanimated corpse like a true mad scientist. He was mutated using the genesis chamber in the Kryptonian’s scout ship, and what emerged was a creature solely focused on killing Superman. He’s got massive amounts of strength, super leaps, superhuman speed and stamina, regeneration, and heat blasts that emit from his mouth. It took the combined might of the Man of Steel, Wonder Woman, and Batman to subdue him, but in the end, he fulfilled his mission and killed Superman. The fact that he did the seemingly impossible makes him the best of the worst.