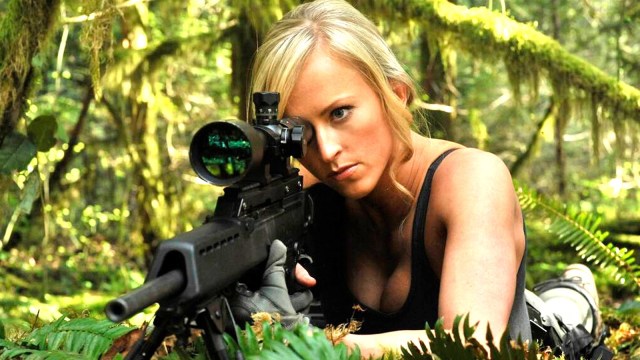 On paper, you’d expect any franchise that runs for six movies to at least offer some justification as to why it’s been allowed to carry on for so long. In the case of WWE Studios’ The Marine saga, though, it’s always been about putting the grapplers front and center in their own cinematic adventures, even if the first installment at least remains notable for one major reason.

The derivatively tedious action series began in theaters, funnily enough, with John Cena making his feature film acting debut in The Marine, which underperformed at the box office and found itself panned by critics. Inexplicably, a further five sequels have followed, with The Marine 4: Moving Target currently making an unlikely splash on streaming.

As per FlixPatrol, the second of wrestler and reality TV star Mike “The Miz” Mizanin’s four stints as leading man has found a spot on the iTunes global rankings, which sort of makes sense when disposable running and gunning has always been reliably popular among on-demand audiences, even if everything about The Marine 4 is scraped directly from the bottom of the barrel.

For what it’s worth, the plot follows Mizanin’s Jake Carter protecting a whistleblower from the team of elite-level mercenaries tasked by a shady corporation to take her out after she threatens to air some exceedingly dirty laundry in public. It’s B-tier trash of the highest order, then, but sometimes that’s all a discerning streaming subscriber seeks to find when there are 90 or so minutes to kill, and nothing better to do.