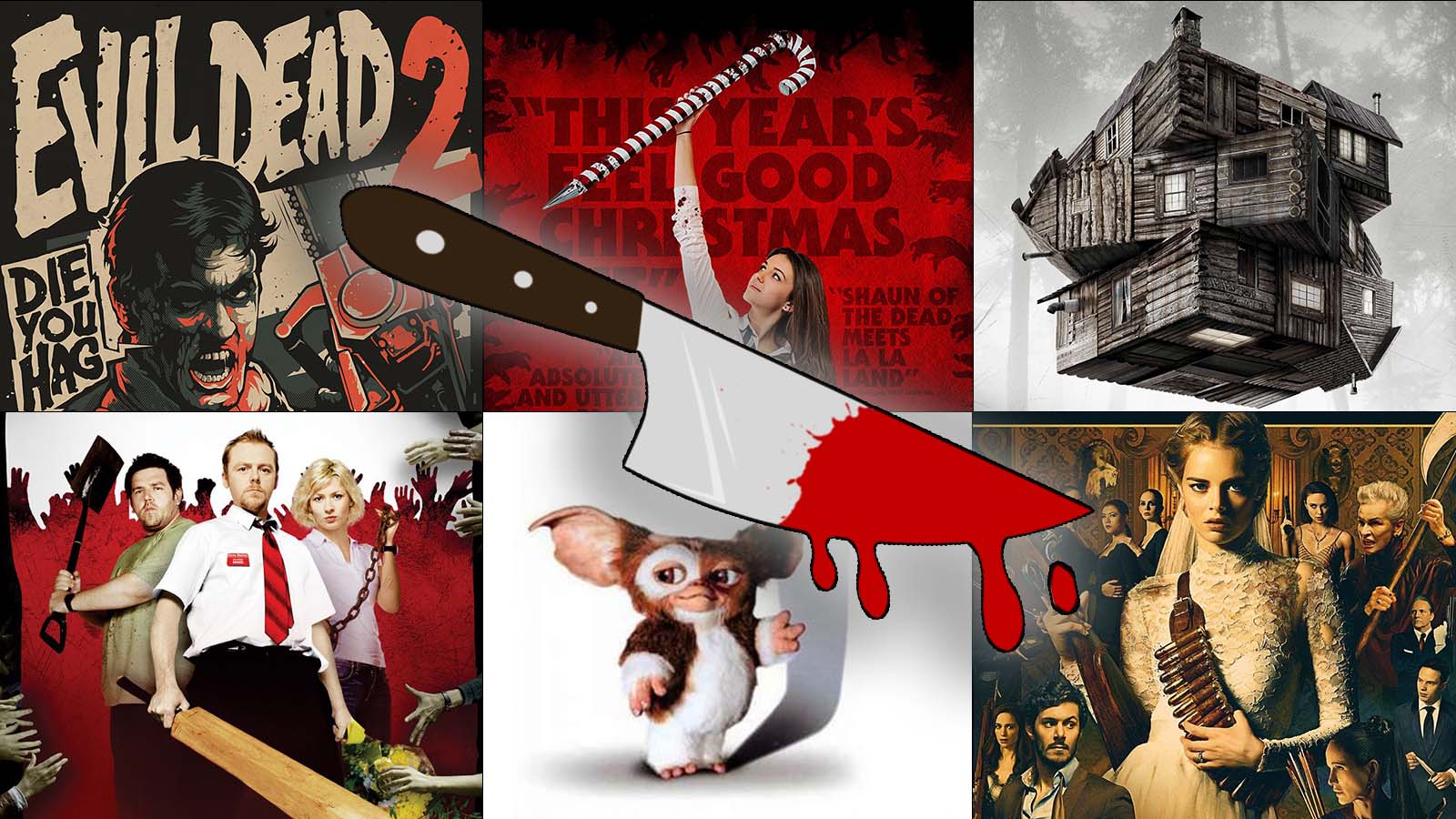 Good comedy is very similar to good horror. It’s all about the unexpected, the timing, and the build-up followed by a shocking climax. However, while one seeks to make you laugh, the other is there to inspire fear, and while the fusion is an uncommon one, the few that exist have yielded great results.

As the horror genre has evolved, horror comedies have become more relevant, and here are some of the best that modern cinema has to offer.

Sam Raimi’s second feature film, Evil Dead II: Dead by Daylight, is arguably his best one. Anchored by the charm of Bruce Campbell, Evil Dead II is plain fun. It’s stupid and ridiculously over the top, but still quite scary. For lovers of gore, Evil Dead II is up to its neck in guts and reaches head height with humor. Who can say no to Bruce Campbell wielding a chainsaw on his stump arm?

Evil Dead II is available to stream on Hulu.

An American Werewolf in London

A formative film for the genre, An American Werewolf in London remains a highly effective comedy with some astonishing special effects work done by industry icon Rick Baker, who won an Oscar for his efforts on the film. Director John Landis was originally told by the studio that An American Werewolf in London was too funny to be a horror movie and too horrifying to be a comedy. The egg is firmly on their faces some 40 years later.

An American Werewolf in London is available to stream on Peacock and Amazon Prime Video.

From directorial duo Matt Bettinelli-Olpin and Tyler Gillett, Ready or Not is really fun. As Samara Weaving’s character tries to ingratiate herself into her new extended family, she’s thrown into a highly dangerous game of hide and seek. Highly humorous, very socially conscious, and just a fun jaunt at 95 minutes long, there are much worse ways to spend an evening in. Ready or Not stands proud as one of the best films of 2019.

Ready or Not can be enjoyed on Amazon Prime Video.

Shaun of the Dead

The first in the Edgar Wright Cornetto trilogy, Shaun of the Dead is an unapologetically British zombie movie, most likely because it doesn’t take itself even slightly seriously. With razor-sharp wit, a great cast of actors, and one of the most beautiful bromances on film, Shaun of the Dead is definitely looking good 20 years after its original release. It secures itself a spot on the list for using a Prince Batman vinyl to kill a zombie. Beautiful work.

Shaun of the Dead can be streamed on Starz or Amazon Prime Video.

Set during an Australian primary school’s excursion out to the farmland, Little Monsters is a delightfully fun zombie romp. The choice of scenery and usage of Australia allows it to stand out a lot more, and with two great performances from Lupita Nyong’o and Alexander England, it’s hard to say no to. Bonus plaudits to Frozen‘s Josh Gad, a comedic genius who gave his absolute all in his role as a children’s entertainment icon and quite possibly the worst man alive.

Little Monsters is available to stream on Hulu.

Not only does it qualify for an article about horror comedy, it would also easily qualify as one of the best Christmas movies of all time. Gremlins is still fantastic. The puppeteering and animatronics expertise that brought the titular gremlins to life is astonishing. Spearheaded by Chris Walas, a makeup artist who later worked on David Cronenberg’s The Fly and Naked Lunch. If you haven’t seen Gremlins, what are you doing with your life?

Gremlins can be viewed on Netflix, HBO Max or Amazon Prime Video.

Anna and the Apocalypse

Anna and the Apocalypse can be enjoyed on Amazon Prime Video.