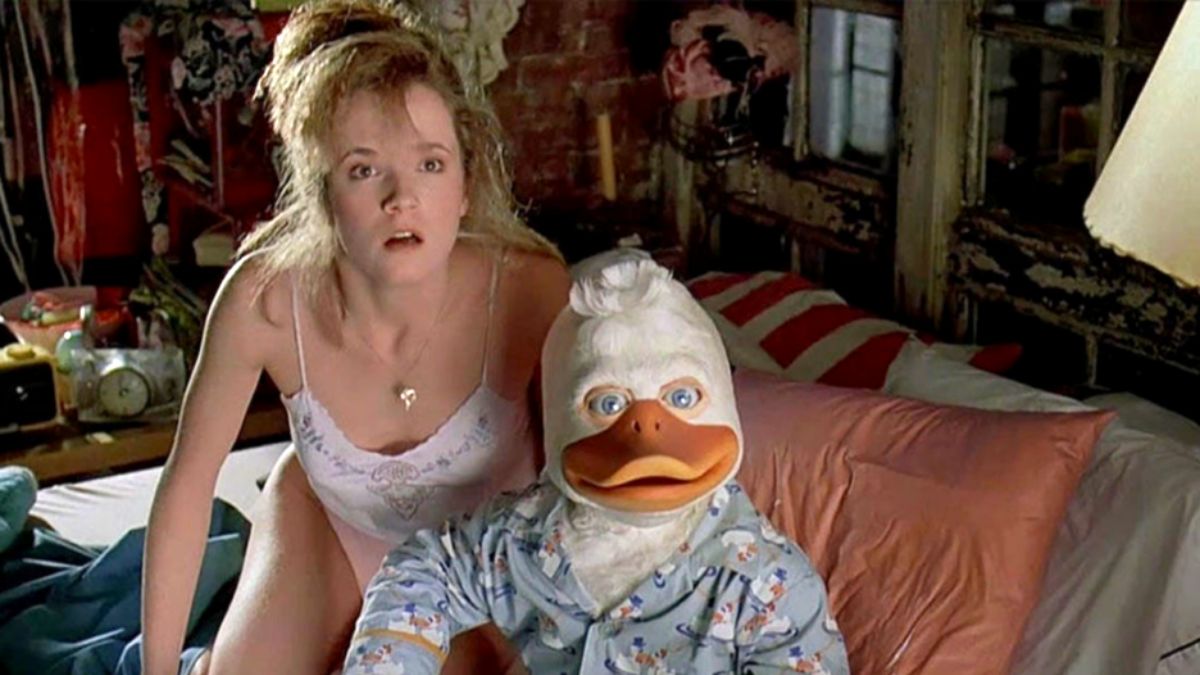 Hollywood loves nothing more than remaking and rebooting what is already good and strong. Brand name means more than anything else, with only independent or smaller production companies making new stories. Sometimes, though, an original movie can be so awful it becomes a black mark in history.

But records are made to be expunged occasionally, and it’s always worth considering movies that deserve a second chance. With the marvels of modern filmmaking and a new crop of writers comes the opportunity for remakes and reboots. Here are five films that could thrive under new management.

Essentially a rip-off of some of The Twilight Zone and Jacob’s Ladder, The Jar is a compelling mess. Experimental, avant-garde horror made by someone who probably overestimated his own ability. But, like a lot of bad movies, came from at least an interesting premise.

After a car accident, Paul takes the injured man to his apartment to nurse him back to health, only for him to disappear. Left behind is just a mysterious jar with a strange embryo inside. From here, Paul becomes the victim of a psychological downward spiral, as he has several bizarre dreams threatening his grip on reality. Hallucinations plague him, as the demon within the bottle toys with his mind. This screams A24 horror flick with someone like Adam Driver going bonkers.

Ishtar holds a strange place in my heart. Introduced to it by its consistent status as a punchline in Red Letter Media circles, it’s a film concept I’m strangely fond of. Two failing musicians traveling through Morocco, struggling and down on their luck, before becoming central in a four-way Cold War standoff in Morocco.

The silliness of the plot would work really well nowadays as a period piece, something akin to The Death of Stalin meets Lawrence of Arabia and maybe starring an “everyman” like Jason Alexander and Pete Davidson instead of Dustin Hoffman and Warren Beatty. There is absolutely a time and place for a movie like Ishtar being reborn, and it is now.

George Lucas’s first-ever tragic screw-up. Spending years trying to get this adaptation off the ground and resigning as president of Lucasfilm to produce it, Howard the Duck is awful. The type of awful which only B-movie sadists can find joy in. And me. It’s not just a typical bad movie, because the budget alone is ridiculous.

$37 million in 1986 is roughly $94 million in 2023. Yep, they spent a lot on this for it all to be terrible. Given Marvel is now in a financial position where it can basically just green light whatever, it’s the perfect time for a proper go at Howard the Duck. Knowingly irreverent is the only way to handle it, and it means making it R-rated as well. Forget Deadpool 3, give us the duck.

Tom Green is just an absolute oddity of an actor. Extremely talented and off the wall, his bizarre solo vehicle Freddy Got Fingered is like The Cat in the Hat for skateboarding stoners. Green’s Gord is an extremely unlikable person with almost no redeeming features, and there’s hardly any plot to speak of.

Meandering and just plain unpleasant at times, I think there’s still reason to revitalize it. Semi-autobiographical on Green’s own challenges to reach fame, I think this would make for a great legacy sequel that follows him still just hopeless, and here’s a twist — he’s required to broker peace in Central Asia after his time in Pakistan. Let it be just as stupid and offensive as the first one, why not.

Sky Captain and the World of Tomorrow

Not the worst movie on this list by a long, long way, but goodness me it looks awful. While most definitely a trailblazing film that pioneered so much for the likes of Avatar, Marvel, and Alita: Battle Angel, it feels like a video game cutscene uploaded to a torrent website.

The pulp-y science fiction-y setting of Sky Captain is screaming out for serious reconsideration. Visually challenging to watch, its aesthetic could nowadays look so much more pleasant, all while potentially going for more mature themes. To remake or reboot, we want it to go true pulp nonsense. Get a 20th-century dictator as the villain, but have their frozen head in charge. Lean into the meme.