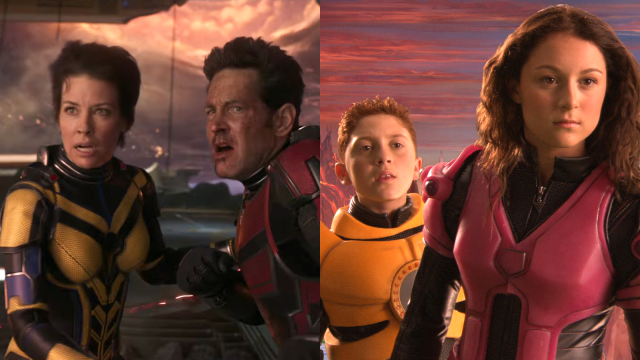 Ant-Man and the Wasp: Quantumania has finally seen its first trailer unleashed to the public, but there has been a score of absolutely scathing tweets making fun of the film before it’s even released.

The 31st film in the Marvel Cinematic Universe is set to be a big one for the ongoing Multiverse Saga, with Kang the Conqueror seeing his cinematic debut. Despite the hype around the trilogy ender, the trailer has been slammed for how it looks with comparisons made with Spy-Kids 3-D: Game Over.

There’s been a long-standing meme since the peak of Avengers: Endgame that the franchise has failed to live up visually or in a story-telling way to its big first finale, with tweets coming out often saying the franchise now looks like one of the worst-rated Spy Kids films.

Now it feels more true than ever, with a single frame from Quantumania having fans convinced this is just a Spy Kids rip-off.

Marvel’s visual style has changed a lot since its early days. The shot-on-film early days are long since gone, with films since Spider-Man: Homecoming leaning far more into color and utilizing comic book silliness and zaniness far more often. The result is now a weird hybrid.

Perhaps more faithful to the original source material which featured glossy colors and astonishing art in its heyday, the look doesn’t seem to translate very well to film now. For a $200 million film, Quantumania doesn’t look it. In contrast to the previous Ant-Man films, it also doesn’t feel like it’s even visually close.

Really, it does look like Spy Kids. How a movie this expensive could want to look anything like those films is astonishing, but perhaps this is just the new look for blockbusters. During the early days of digital cameras and blue-screen films looked awful. Attack of the Clones features this strange pop to every scene and glow which now feels distracting, but was a result of early digital cameras.