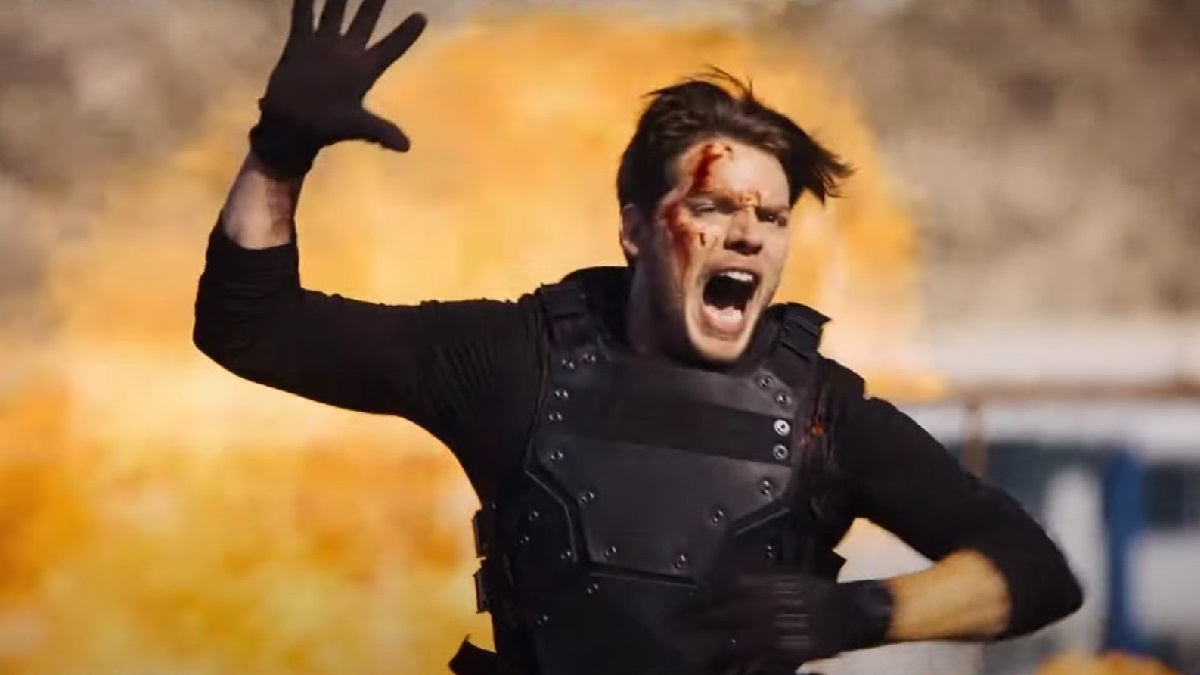 It goes without saying that hardly any properties are safe from the relentless reboot machine that hoovers up virtually everything in its path, but did we really need a brand new version of smash hit Arnold Schwarzenegger vehicle Eraser?

Chuck Russell’s balls-to-the-wall shoot ’em up earned an impressive $242 million at the box office in the summer of 1996, and remains a beloved entry in the hulking action icon’s back catalogue. Much like the majority of his best work, it was big, loud, incredibly stupid, and a hell of a lot of fun, so it’s not as if anyone was asking for Eraser: Reborn to exist.

Charisma vacuum Dominic Sherwood steps in to play the lead role of Mason Pollard, in what’s effectively a beat-for-beat retread of the original. He’s a U.S. Marshall that operates as part of a special taskforce designed to make witness disappear without a trace for their own protection, but that doesn’t quite go according to plan with his latest charge.

Straight out of the bottom drawer, Eraser: Reborn is the sort of formulaic runner and gunner that’s become dime-a-dozen on the VOD market, even if it’s heading exclusively to HBO Max in the fall. For the time being, though, it’s making do with a spot on the iTunes most-watched chart after being rolled out on VOD earlier this week.

As per FlixPatrol, Eraser: Reborn has found favor in many countries across the globe, but the lasting impression once the credits come up is that it’s probably time to revisit Arnie’s original, which is better in every conceivable way.