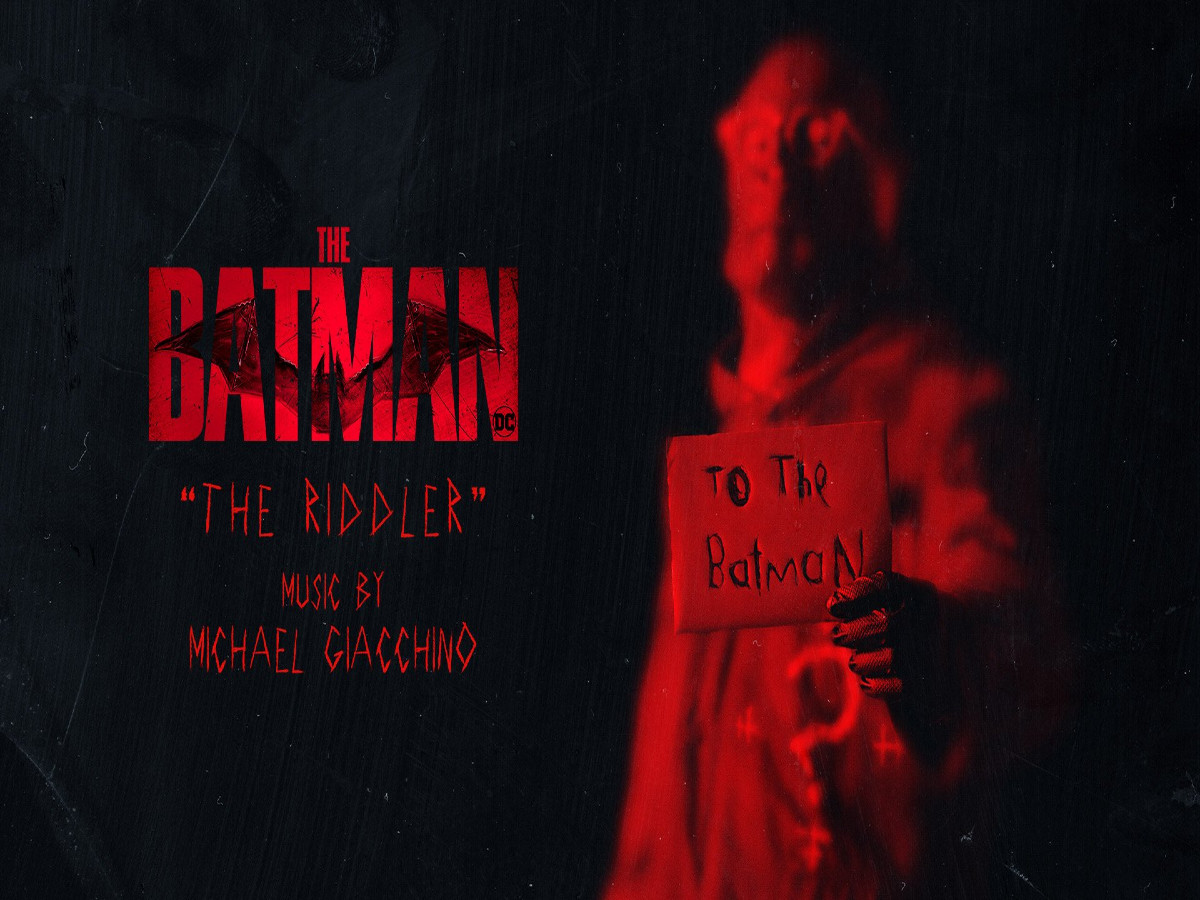 The Riddler has a significant role in the upcoming The Batman movie, so it’s only fitting that he receives his very own theme. Director Matt Reeves shared the music by composer Michael Giacchino on Twitter, and it perfectly captures the tone of one of Gotham’s greatest rogues.

The theme begins with a hint of Danny Elfman’s “The Batman Theme,” fading into a delicate yet haunting melody that soars into high notes with piano and strings, creating a beautiful melody. At about the four-minute mark, the music changes into something dramatically darker and more foreboding, with trumpets and drums as if a battle has just begun, calling back to the 1989 theme song. It’s cinematic and stirs up feelings of looming danger. Then, it gets quiet, like it was in the beginning, and fades out peacefully.

Paul Dano plays the Riddler and the main antagonist opposing Robert Pattinson’s Dark Knight in The Batman. In this version, his name is Edward Nashton, a serial killer and terrorist who uses riddles and mysterious puzzles in his crimes. He has a vendetta against the Wayne Family for a wrong committed in his childhood, and this inspires him to adopt the persona of Riddler and reveal the corruption that’s rampant in Gotham. This puts him in the crosshairs of Batman who has to stop the madman and uncover a truth he may very well be connected to.

There’s a lot of mystery surrounding the character and his true endgame, and there’s also some controversy about his appearance. The Riddler’s costume is baggy, and his entire face is covered in what looks like a DIY mask. Some have said the look is boring compared to his comic book counterpart, which often has him in green suits with question marks all over them. Dano’s version is more reminiscent of the Zodiac killer than a comic book villain, but to be fair, the Riddler is known for his surprises. Also, Reeves has a particular take on the Riddler that suits what he wants to convey in the story.

Other iterations of the Riddler in live-action have looked considerably different. In 1995’s Batman Forever, famed comedian Jim Carrey’s crack at the character was far more flamboyant with bright orange hair and a skintight green unitard covered in question marks. In the more recent Gotham TV series that first aired on Fox in 2014, the role of the Riddler was played by Cory Michael Smith. He mostly wore a green suit, tie, and hat and became a fan-favorite along with the Penguin. In a similar fashion, Colin Farrell is the Penguin in Reeves’ movie, and he’s unrecognizable in the part.