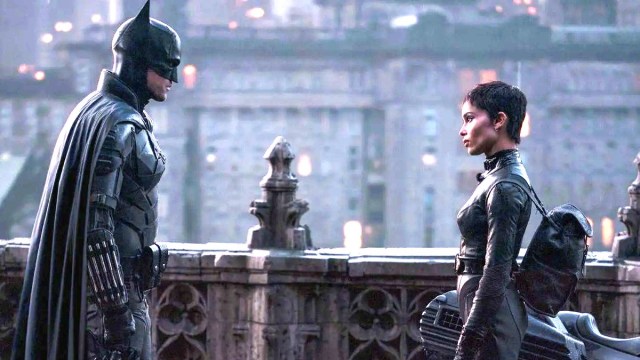 Ahead of Friday’s release, early review for The Batman have been pouring in, and the movie’s Rotten Tomatoes score paints a hugely encouraging picture.

At the time of writing, Robert Pattinson’s debut is sitting on an 87% score on Rotten Tomatoes, which is equal with Christopher Nolan’s The Dark Knight Rises, and second only to The Dark Knight in terms of live-action movies starring the Caped Crusader.

The LEGO Batman Movie is still ahead on 90%, though, but RT’s consensus describing the movie as “a grim, gritty, and gripping super-noir, The Batman ranks among the Dark Knight’s bleakest — and most thrillingly ambitious — live-action outings”, is very good news for fans.

Having been delayed heavily as a result of the pandemic, DC supporters will be thrilled to know Matt Reeves’ reinvention is poised to deliver exactly the experience they were hoping for, based on the intense and atmospheric marketing materials.

A stellar return to form for Batman, then, who has been in the murky mire of middling critical reactions with recent films. After the polarizing reception to the Zack Snyder’s interpretation Batman vs. Superman: Dawn of Justice and both cuts Justice League, it seems the World’s Greatest Detective is in safe hands for the foreseeable future.

The Batman is out worldwide exclusively in cinemas on March 4.