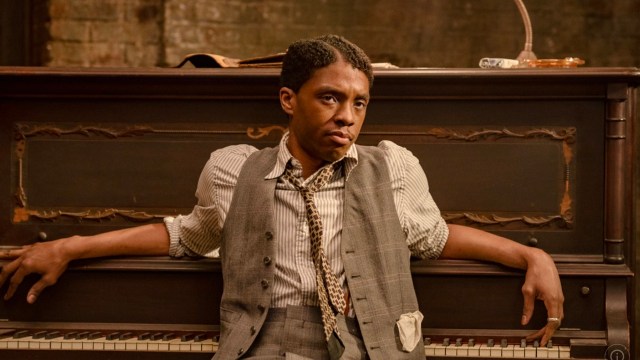 Before achieving widespread fame for bringing the Marvel Comics superhero Black Panther to life in the Marvel Cinematic Universe, Chadwick Boseman had starred in a slew of exciting dramas and blockbusters where he displayed immense promise, talent, and range. Born in Brooklyn, New York City, Boseman initially rose to prominence as a playwright and stage actor in the early 2000s. His first television role would come in an episode of the American crime drama Third Watch, after which he landed a role in the daytime soap opera All My Children playing Reggie Montegomery, the son of a former district attorney and a lawyer in Pine Valley.

The actor’s first feature film came in 2008 when he starred in The Express: The Ernie Davis Story. Following that, he did more television work before he started landing more sturdy film roles and eventually the biggest of his career, T’Challa, the Black Panther. His filmography — which is considerably lean when compared to others —  is filled with strong performances in action thrillers, sports dramas, fantasy action films and much more. Outside of his most famous role as Black Panther, here’s a list of Boseman’s best television shows and films, ranked from least to best.

10. The Express: The Ernie Davis Story

Based loosely on the the story of Ernie Davis, an American football player who won the Heisman Trophy in 1961 and was its first African-American recipient, The Express: The Ernie Davis Story was Boseman’s first feature film. He played the role of Floyd Little, Davis’ fellow Syracuse running back and a football legend in his own right. The Express explores civil rights topics, such as racism, discrimination and athletics and also features other prominent names like Evan Jones, Aunjanue Ellis, Nicole Beharie and more.

This 2014 American biographical musical drama film sees Boseman take on the role of legendary singer James Brown. The film, which received rave reviews and grossed $33 million worldwide at the box office, follows James Brown’s stream of consciousness as he recalls events from his life in a nonsynchronous manner. It stars other notable faces like Viola Davies, Aloe Blacc, Jill Scott, Octavia Spencer and many more.

One of his lesser known roles, Boseman plays Lieutenant Samuel Drake in this action thriller, a troubled veteran and military contractor returned from Iraq. The movie’s plot focuses on the lieutenant who after being recently discharged tries to piece his life back together while he works as a cab driver and lives in a shabby motel. Drake’s new life is thrown into disarray when two executives, who represent a private military contractor, present a new mission, one with no option to refuse; track down and kill Sgt. Devin Carter, an AWOL Marine Corps. sniper who knows the truth about Drake’s past and who himself is on a mission to target and kill members of the mercenary firm.

In this 2016 fantasy action film directed by Alex Proyas, Boseman plays the role of Thoth, an Egyptian deity commonly referred to as the god of wisdom, moon, writing, hieroglyphs, science, magic, art, and judgment. In this alternate reality, mankind’s survival is severely threatened when Set, the god of darkness usurps Egypt’s throne and plunges the prosperous empire into chaos and conflict. In the hopes of saving the world and rescuing his true love, Bek, a determined mortal, forms an unlikely alliance with the powerful god Horus and wages war against Set.

6. Message from the King

Undoubtedly one of Boseman’s strongest performances, he takes on the role of Jacob King, a man from Cape Town, South Africa who travels to Los Angeles in order to find his younger sister and after finding out she is dead, he works to avenge her death. Even though the movie received lukewarm reviews from critics, Boseman’s performances has been severally lauded and is regarded as one of the best in his catalog.

A 2019 American action thriller film directed by Brian Kirk and written by Adam Mervis and Matthew Michael Carnahan, Boseman plays a successful NYPD detective who shuts down the 21 river crossings of Manhattan to find two suspected cop killers. The film was produced by brothers Joe and Anthony Russo, Mike Larocca, Robert Simonds, Gigi Pritzker and Boseman himself and it features other names like Kieth Williams, Sienna Miller, J.K. Simmons, and others.

Another one of Boseman’s outstanding performances, he plays Thurgood Marshall, the first African American Supreme Court Justice in this biographical legal drama. The film focuses on one of the first cases of his career, the State of Connecticut v. Joseph Spell, a 1940 legal case in which an African-American chauffeur was accused of raping Eleanor Strubing, a wealthy white woman who was his boss.

Written and directed by Brian Helgeland, 42, a famous American biographical sports film about baseball player Jackie Robinson is one of Boseman’s most popular works. Here he plays Robinson, the first black athlete to play in Major League Baseball and he does it with aplomb. 42 explores the life story of Robinson in detail and his history-making signing with the Brooklyn Dodgers.

In his last movie released before his sad and tragic death, Boseman plays Commander Norman Earl Holloway in this 2020 American war drama film directed, produced, and co-written by Spike Lee. The drama follows a group of four aging Vietnam War veterans who return to the country in search of the remains of their fallen squad leader, as well as the treasure they buried while serving there. The movie received impressive reviews and several accolades and nominations including the Academy Award for Best Original Score and Screen Actors Guild Award for Outstanding Performance by a Cast in a Motion Picture.

In this moving drama directed by George C. Wolfe and produced by Denzel Washington, Todd Black, and Dany Wolf, Boseman takes on perhaps his most challenging role. He plays Levee Green, a virtuoso trumpet player who clashes with Ma Rainey, an accomplished singer who is severally dubbed as the “Mother of the Blues.” Boseman’s performance in this drama earned him a Best Actor nomination at the 93rd Academy Awards, and wins at the NAACP Image Awards, the Golden Globes and Screen Actors Guild Awards all in the same year.