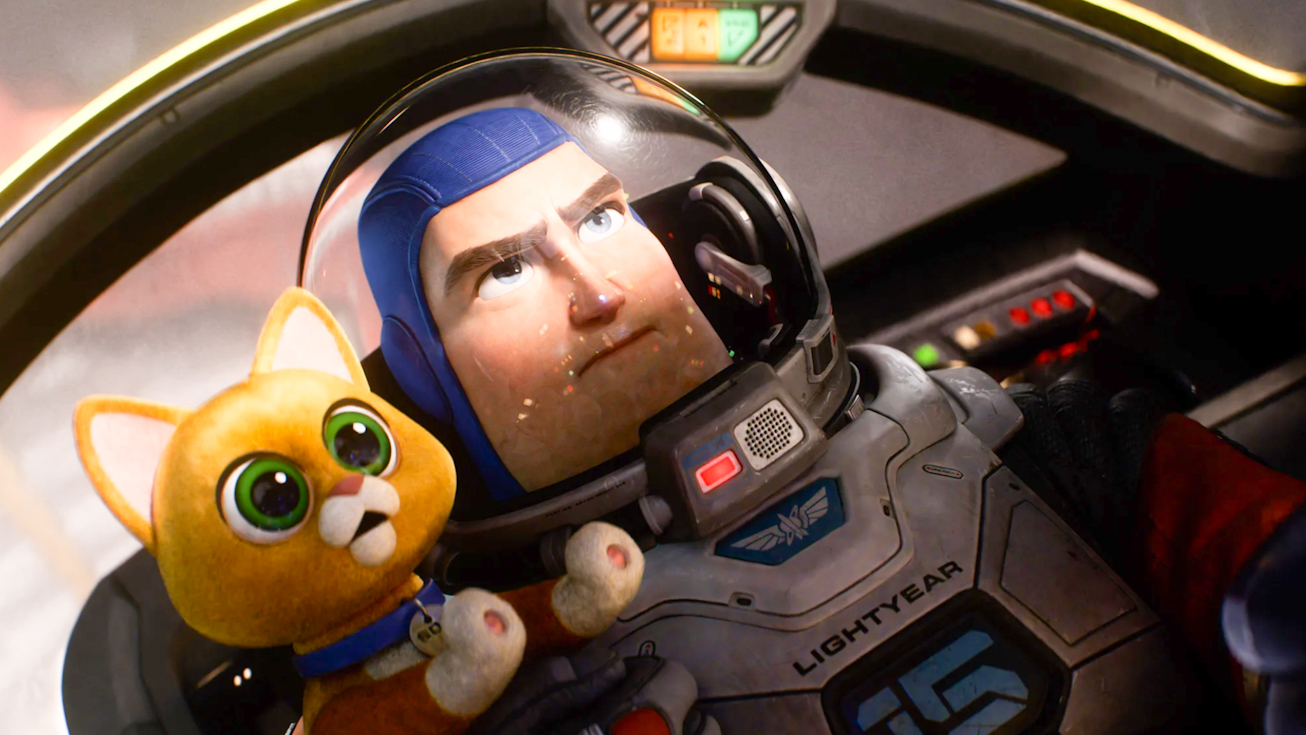 Lightyear took a page out of Star Wars‘ book by creating a character for the sole purpose of being cute.

Sox, Buzz Lightyear’s robotic cat companion, successfully filled that emotional and lucrative niche in the newest Pixar flick, as he’s a best-reviewed character who will inevitably be a best-selling toy. In addition to stating the impetus for Sox’s creation and naming R2-D2 as an inspiration, Lightyear director Angus MacLane revealed that Coco writer Matthew Aldrich co-created the character:

“The beginning of developing the movie, I was working with Matt Aldrich, who is our first writer who left the project amicably. He had other things to do. He and I were thinking about a cute thing. We needed a cute thing for the movie, and we did a research into what cute things were good and what cute things were bad, and the cute thing was something that was loyal to our hero and was not snarky and was funny, but not in a sarcastic or cynical way. And looking at R2-D2 and his limited movement was always appealing to us.”

In the same conversation with Collider, MacLane mentioned that Sox was originally going to be a monkey! Believe it or not, a monkey didn’t end up being as funny as a cat:

“So we had first thought a monkey because of the space program. There would be this monkey sent into space and that would be that kind of thing. Like a helper monkey. But it wasn’t quite as funny as cat movement. Robotic cat movement was funnier. We always thought of like, ‘Oh, a cat on a computer is funny so if we can get cat on a computer we’ll do that,’ and then so combining a lot of the kind of animatronic sensibilities with this kind of helper cat instead of a helper monkey became Sox.”

See if Sox gets an “awwww” out of you while watching Lightyear, which is screening worldwide.