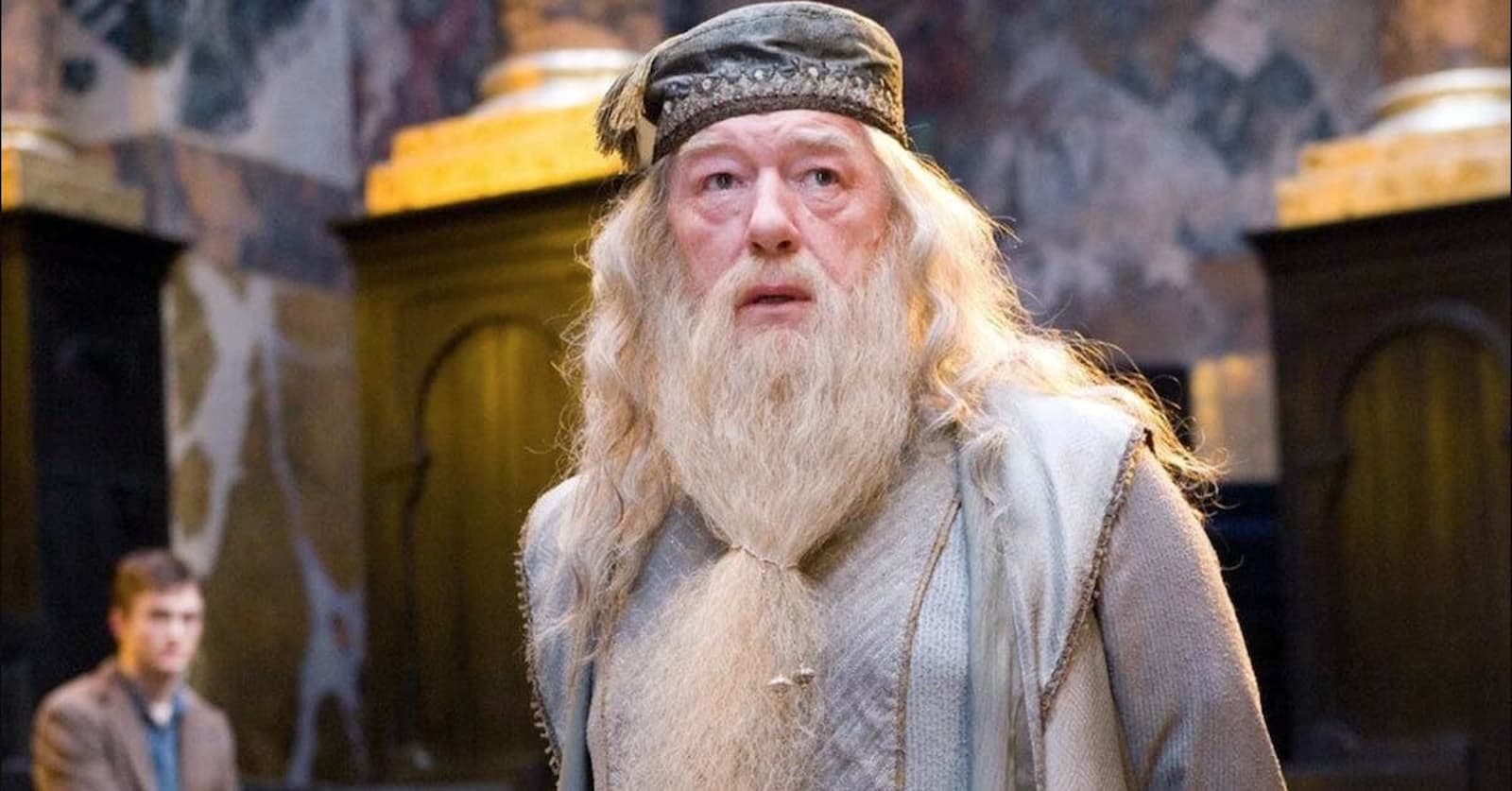 The wizarding world of Harry Potter contains a rich catalog of interesting characters with deep histories and unique magical abilities. There are hundreds of witches, wizards, muggles, and squibs that make up the rich tapestry of the universe. That said, there are some characters whose inclusion enriches the series significantly, because these characters are simply the absolute best, whether because of their personalities or their history. So let’s take a look at the ten best characters in Harry Potter in no particular order.

Harry Potter’s godfather, Sirius Black, is one of the coolest characters in the series. Sirius is great because he is introduced as a villainous murderer responsible for the deaths of James and Lily Potter, then revealed to be one of the good guys, the one person Harry could trust the most, in fact. This makes the twist of Harry Potter and the Prisoner of Azkaban much more impactful when you realize that he loves Harry because of how close he was to his parents. And when he was friends with Lily and James Potter he turned his back on his family full of dark wizards. On top of his noble character and relationship with the Potters, he also just exudes cool, as he rides a motorcycle, wears a leather jacket, and has the ability to shapeshift into a dog.

After his escape from Azkaban, Sirius Black could have chosen to do anything, particularly something that would keep him safely out of the Ministry of Magic’s reach, but he chose to go find Harry at Hogwarts. While he has to spend most of his time with The Order of the Phoenix hiding, he still tries to be there for Harry as much as possible, even appearing in the Gryffindor common room fireplace to give Harry advice. He is a great wizard as well, more than holding his own in the Battle of the Department of Mysteries, defeating Lucius Malfoy. Unfortunately, his cousin Bellatrix Lestrange killed him in that same battle, ending his life only a few years after he escaped imprisonment. But that doesn’t take away from his place as one of the best characters in the series.

Albus Percival Wulfric Brian Dumbledore is one of the wisest characters in the Harry Potter series. He is the headmaster of Hogwarts School of Witchcraft and Wizardry while Harry Potter is in attendance, the main force fighting against Lord Voldemort, and one of the only wizards unafraid of him. He is well-regarded as one of the most talented wizards in the Wizarding World, having defeated the dark wizard Gellert Grindelwald before the events of Harry Potter.

One of Dumbledore’s best characteristics is how he always acts quite aloof, especially when talking to Harry. Dumbledore never quite says exactly what is on his mind, often speaking in carefully-worded riddles or telling him stories that were meant to shine a light on whatever was troubling him. Not only was Dumbledore one of the greatest wizards to ever live, but his aloof goofiness mixed with his cunning and compassion made him one of the best characters in the series.

The loveable Weasley twins are easily two of the best characters in the Harry Potter franchise. Throughout the series, Fred and George are regarded as excellent pranksters possessing an aptitude for mischief. The main reason the characters hold a place in the heart of many Harry Potter fans is that when the protagonists face some kind of danger, the Weasley twins always provide a moment of much-needed levity. For instance, when Fred and George leave Hogwarts by creating a dragon made out of magical fireworks, torturing Umbridge during her year at Hogwarts.

After Harry Potter and the Order of the Phoenix, the twins drop out of Hogwarts and start their own prank magic shop in Diagon Alley, called Weasleys’ Wizard Wheezes. Yet they still draw their wands and join the fight against Voldemort at the last battle. Maybe it’s cheating this list by counting the Weasley twins as one entry, but separating them would be unthinkable, may Fred rest in peace.

Professor McGonagall was one of the best characters in the Harry Potter series because she had one of the best and most layered personalities. The main reason McGonagall is on this list is that her character was multifaceted. An imitation of the strict teacher you had in school, Professor McGonagall taught Transfiguration. But she did not always hold up that strict persona, often exhibiting genuine care for her students, as well as cracking wise on more than one occasion. Plus she had never-ending loyalty for Dumbledore, defending him whenever issues would arise at the school.

You also got to see why she was such a skilled teacher during Harry Potter and The Deathly Hallows: Part 2, where she fought numerous death eaters and defended the school. She was easily one of the best teachers in the entire franchise and was definitely one of the best characters overall.

The smartest witch of her age, with a passion for helping those who need it, Hermione Granger is easily one of the greatest characters in Harry Potter. She proves to be an exceptional witch while studying at Hogwarts, almost always the first of the trio to master any academic challenge in their path. For instance, she did so in passing her apparition exam. She also casts exceptional magic like charming her bag to be bottomless, and hiding Harry, Ron, and herself with protection and concealment charms while they journeyed to destroy the Horcruxes.

Hermione also has one of the best subplots in the books, which did not make it to the movies, the founding of S.P.E.W. S.P.E.W is an acronym that stands for The Society for the Promotion of Elfish Welfare, which Hermione founds once she discovered how badly house elves are treated. After the events of the seven books and eight films, Hermione goes on to become the Minister of Magic. Being bright and having a great heart make for a combination that defines one of the best characters in Harry Potter.

Rubeus Hagrid’s kindness is only outmatched by his loyalty, and that’s why the half-giant earned his spot as one of the best characters in the series. Hagrid is the one to bring Harry to his home at the Dursley’s, take him to Diagon Alley for the very first time, and take him to the Burrow once Harry’s trace had lifted.

Hagrid is a lover of all magical creatures, admiring and coming into contact with dragons, Buckbeak the Hippogriff, and Aragog the Acromantula. There aren’t many characters in the series who are always kind, even Harry has his annoying moments, but Hagrid always is (at least when he isn’t dealing with awful Defense Against the Dark Arts teachers and the like), especially to his students. He is Harry’s first exposure to the warmth of the wizarding world, cementing Hagrid as one of the best characters in the series.

Easily the weirdest among the Harry Potter characters, Luna Lovegood deserves to be on this list. First appearing in Harry Potter and the Order of the Phoenix, Luna Lovegood makes a quick impression on Harry, who, after Cedric Diggory’s murder, needs someone who understands what he is feeling, and she can even relate to how it feels to lose a parent.

Quite spacey, Luna always says whatever is on her mind, no matter what the people around her might think. Once entrenched in Dumbledore’s Army she becomes an asset among her friends, even though many make fun of her to begin with. Luna proves she is resilient, and she has one of the most unique personalities in Harry Potter, making her one of the best characters in the series.

Harry Potter almost didn’t make this list. But, a recollection of the differences between Harry Potter from the books and Harry Potter in the movies sealed his place as one of the best characters in the franchise. His story is what makes the franchise memorable. He is, after all, The Boy Who Lived — who was supposed to be murdered alongside his parents, but somehow survived. While he is our protagonist, and squarely on side of good, Harry Potter isn’t without his faults, and has the tendency to talk back quite sarcastically at times, even pushing his closest friends away in his time of need.

But Harry also changes and grows throughout the series, with every hardship or death affecting him and his attitude. He is the window into the magical story and world, and quite different from most of his peers in that most other characters grew up in and are accustomed to the magical world, whereas Harry was not. It’s easy to see Harry as a gimmie as he is the protagonist of the story, but his cheeky, sarcastic personality does make him one of the best characters in the series.

Ron Weasley is much more than comic relief in Harry Potter, going through complex character growth, making him one of the best characters in the series. He always balances out the main trio, as he is the only one who had been raised around magic. While the films only graze some of his more heroic and level-headed moments from the books, Ron is a courageous character and always backs up his friends.

That is not to say that being comic relief is a bad thing as he often breaks up some of the darker elements of the stories with moments of levity, similar to his twin brothers. Being the member of the group who is afraid of spiders also makes him quite relatable. He is the element of chaos that the series and the trio of friends need, whether it’s driving his flying car to Hogwarts, stealing the wands of Death Eaters, or accidentally consuming a love potion not intended for him. Without Ron, Harry Potter would be quite bland, which is why he’s one of the best characters in the series.

Putting Lord Voldemort on the list of the best characters of Harry Potter might be a little controversial, but there are several things cementing his status as one of the best characters in the series. Starting off as Tom Riddle, he is a peculiar child, but successful and charming when he needs to be. When Tom Riddle graduates from Hogwarts, he becomes obsessed with becoming the greatest wizard in the wizarding world. Even though Riddle is pure evil and irredeemable, you have to admit that as a wizard he accomplishes many things, like successfully creating Horcruxes, speaking parseltongue, and having the ability to fly.

A large part of why Voldemort is one of the best characters in the franchise is because of the build up throughout the series of his power as well as the tension and anticipation leading to the final clash between Harry and him. We get memories and whispers of Voldemort up until the end of Harry Potter and the Goblet of Fire. It s also the first time in the franchise that there were real consequences for the Dark Lord murdering Cedric Diggory. Though he is powerful he is also afraid of Dumbledore, and to an extent Harry Potter, even though he repeatedly underestimates him. Voldemort is the villain of the series, wielding power and influence, yet flawed and never sympathetic, making him one of the best characters in the series.

There are so many other great characters in Harry Potter other than the ones listed above. But when you have a universe with well-laid lore, and a memorable, unique story, a wealth of interesting and well-developed characters is at hand.