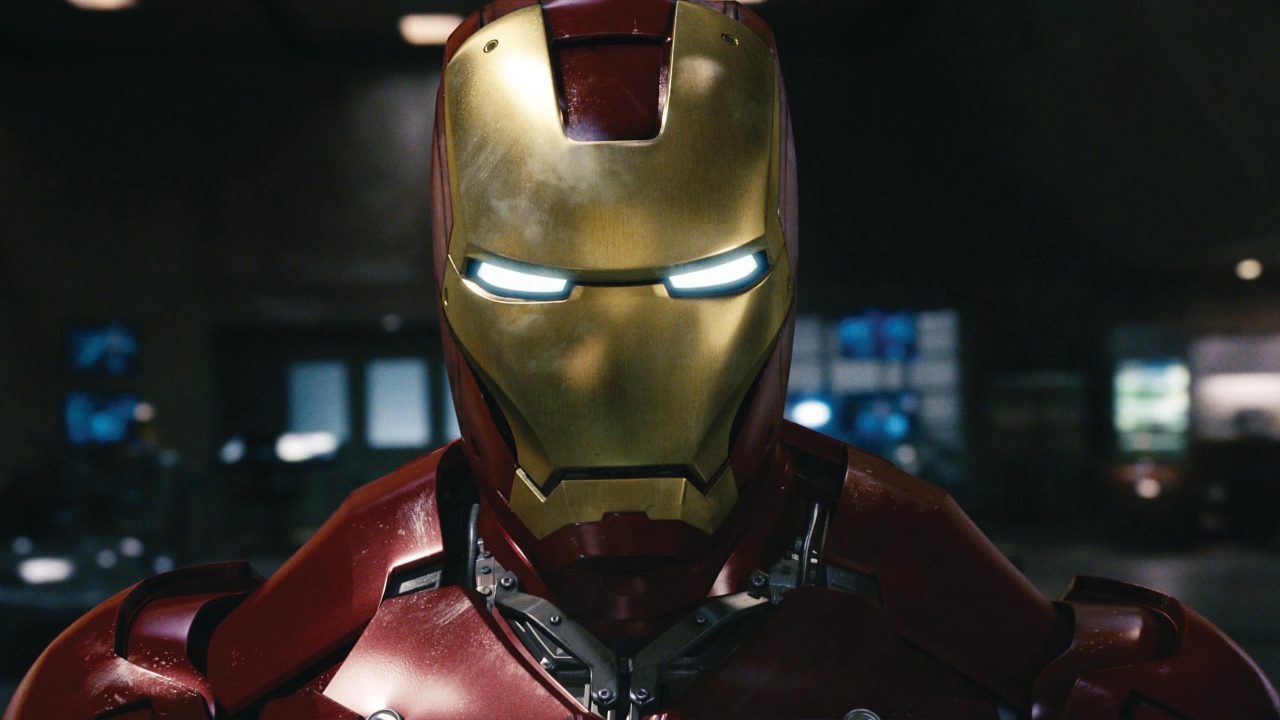 Ever since 2008, Tony Stark has been improving upon his original design for the Mark I Iron Man suit, switching out the scrap heaps and clunky materials for more streamlined builds that can withstand the hardest hits imaginable and still keep going. After Stark built the Mark I in Iron Man, using nothing but leftover metals and ingenuity, the Iron Man armor only grew more advanced. Instead of the shoddy appearance and limitations of a rushed suit, Stark went on to create some of the most capable armor ever engineered.

When Stark died in Avengers: Endgame, he left behind a legacy of irreplaceable suits modeled after one another and improved with each new inventive breakthrough. Some of them were destroyed, others were rebuilt from scratch, but only a handful were memorable enough to be deemed Stark’s best work. These suits have physical properties that far exceed any man-made invention, thereby crediting Stark’s genius, but there are others that hold a greater value than mere performance on the battlefield. Here are Iron Man’s best suits, ranked.

Making its first appearance in Iron Man (2008), the Mark III was Tony Stark’s third Iron Man suit. It was an upgrade from the Mark II, further refining the streamlined design but making necessary improvements on a major limitation. Stark enabled the armor to reach greater heights after experiencing a dangerous icing problem that immobilized the suit at higher altitudes. In order to counteract the issue, he added a gold-titanium alloy that was drastically less prone to freezing. Additionally, the Mark III was the first suit to equip a fully-functional weapons system and integrate the trademark red and gold color scheme.

As for the fate of the Mark III, during the Iron Man climax, Pepper Potts ⏤ following Stark’s orders ⏤ detonates the arc reactor inside Stark Industries, thereby sending out a destructive wave of energy that kills Obadiah Stane and leaves the Mark III in shambles. However, it will alway be remembered as the trend-setter for Iron Man’s signature look.

As the first armor to ever be conceived by Tony Stark, the Mark I will always hold a special place in the hearts of Iron Man fanatics. Even with its horrendous flaws, including a clunky build, basic programming, and a lack of appealing color, the Mark I is the original, the one that started it all, and therefore one of the very best. Considering that Stark built the Mark I while under surveillance from terrorists with limited resources and time restrictions, the suit has secured its place in the hall of fame.

The Mark I formed a memorable timestamp for the MCU and spawned the Marvel Cinematic Universe as we know it, paving the way for every other Iron Man suit. It served as a prototype basis for Obadiah Stane’s Iron Monger suit, which Stark battled (and defeated) in Iron Man. Moreover, the Mark I armor made a statement not so much for its physical properties, but more for its significance within the story as a stepping stone to bigger and better inventions.

The Mark XXXVIII, nicknamed “Igor” with reference to its bulky stature, was primarily used for heavy lifting and used as a part of the Iron Legion ⏤ an army of backup suits created by Stark to assist in dire situations. Igor featured in Iron Man 3, making its debut when Stark ordered J.A.R.V.I.S to activate the “House Party Protocol” and unleash the Iron Legion to defeat Aldrich Killian and the Extremis soldiers.

Unfortunately, Igor only has a brief role in Iron Man 3, but it serves as a vital tool to succeed for Stark and Rhodey. Stark instructs J.A.R.V.I.S to position Igor underneath a collapsing oil rig and the Mark XXXVIII smashes through several metal crates to perform its duty. Not only is Igor uniquely made, but it stood out from all the other suits in Iron Man 3 for its unusual structure and identifiable nickname. There are very few instances where Stark names his suits, therefore Igor must have a special prominence and individuality.

The fifth Iron Man suit, Mark V, was designed by Tony Stark to be portable in case of emergencies. The “Suitcase Suit” was intended to be easily accessible in times of crisis, hence its nickname, which derives from its ability to assemble from a tightly-packed carry-on to a fully-functional, combat-ready suit. As Tony himself describes it, the Mark V is “lighter, has less armaments, but breaks down into a smaller bundle the size of a briefcase.” The Mark V featured in the Duel of Monaco, where it was damaged by the strikes from Whiplash in Iron Man 2.

Besides its handy portability, lightweight structure, and a generally appealing design, the Mark V starts off the journey of Tony Stark going down in history as a full-fledged superhero after revealing his identity in Iron Man. After that, Stark knew that he and Pepper Potts would be targeted and therefore decided to take the armor with him wherever he went, ensuring maximum security.

Technically, War Machine was stolen by James Rhodes, therefore the suit doesn’t belong to Tony Stark anymore. However, Stark invented it, so it makes the list. Besides, War Machine is, in a word, cool. As cliché as it may be, machine guns will never not trump other weaponry, especially after its redesign to become the Iron Patriot (Mark II War Machine), which, love it or hate it, improves massively upon the original. War Machine was used in combat during the battle at Stark Expo in Iron Man 2. When it was recommissioned as Mark II War Machine, it became the permanent armor for Rhodes.

Apart from the obvious ⏤ machine guns, missiles, and grenade launchers ⏤ War Machine became unforgettably iconic and marked the start of James Rhodes’ heroic era, integrating him into the MCU as a recurring character and reliable backup for the Avengers. With its basis being the Mark II armor, War Machine lends its efficiency to flexibility and durability, both of which are infinitely important capabilities.

The Mark XLIX, also known as Rescue, was the armor used by Pepper Potts in Avengers: Endgame. It can be presumed that Stark built the suit with Potts in mind specifically, given its more feminine appearance compared to previous builds. Potts used Mark XLIX to battle Thanos’ army alongside the Avengers, her husband Tony and their allies. Potts’ armor may be on-par with the Mark LXXXV, the most advanced Iron Man armor in existence, used by Stark in Endgame.

As previously mentioned, the Mark XLIX mimics the Mark LXXXV in terms of its primary functions and upgrades. It has superhuman strength, endurance, speed, stamina, and agility, making it practically untouchable. Another neat little detail lies in the blue and silver color scheme that directly complements Stark’s traditionally red and gold suits. The Mark XLIX has a value much deeper than its physical properties because it was designed with Pepper Potts (Stark’s fiancée at the time) in mind, thereby making it more a symbol of affection than a lean, mean, fighting machine like many of its predecessors.

Iron Man 3 centered solely around the Mark XLII, which became Stark’s main armor throughout the film before it was destroyed. It was designed for automatic deployment and assembly, making it more efficient than the “Suitcase Suit,” which needed to be manually activated. Using an independent propulsion system, the Mark XLII can disassemble and fly on its own, able to be summoned at any time. It pinpoints Stark’s (or the user’s) location anywhere in the world and travels to the designated area. Upon arrival, the suit assembles itself on the wearer’s body.

The Mark XLII retained some major design flaws and never made it past the testing stage before Stark was forced to apply it in combat. It was nicknamed “the prodigal son” and became memorable for its seemingly sentient personality and major appearance in Iron Man 3, where it was detonated and destroyed to injure Aldrich Killian.

After many more modifications, Stark produced what can be considered his first attempt at automatic deployment and assembly before near-perfecting the potential with the Mark XLII. The Mark VII is recognizable from its feature in The Avengers (2012) when it was used against Loki and the Chitauri invasion during the battle of New York. The suit made vast improvements over the previous models, even withstanding space travel long enough to keep Tony Stark alive. It was the Mark VII that ultimately saved New York from catastrophic destruction by Loki’s hand and was a huge leap forward in Iron Man technology, laying the groundwork for many more advanced suits that followed. Mark VII steals the third spot because, despite all of its immediate successors, the suit has demonstrated the greatest combat potential, as most of the subsequent models were either specialized variants or not-yet-perfected prototypes.

It should have been expected that the Mark XLIV, otherwise known as the Hulkbuster armor, would secure second place. It was crafted by the combined efforts of Tony Stark and Bruce Banner for use against The Hulk should he ever lose control and cause citywide panic. As the Hulk has often been named the “strongest Avenger,” it bodes well for the Hulkbuster’s reputation that it can match Hulk’s strength and endurance.

One of the Mark XLIV’s biggest achievements is its ability to substitute parts using the A.I. system Veronica. For instance, when Hulk severely damaged the Hulkbuster’s left arm, upon the command of Stark, Veronica released several armor parts that would form an alternate left arm. Perhaps the only downside to the Mark XLIV is its limited flight capability and oversized design, but it has not yet seen battle since it last fought Hulk.

Naturally, the Mark LXXXV wins. It was Tony Stark’s final Iron Man suit, used just before he died in Avengers: Endgame. Taking after the Mark L, the Mark LXXXV functions using nanotechnology, almost working like an exoskeleton to enhance the muscular physique beneath it. Rather than Stark relying on the man-made machine to strengthen him, he relies on his own muscle mass enhanced by the nanotechnology. After suffering defeat at the hands of Thanos, Stark made this suit far more capable of withstanding damage as well as superhuman-level brute force impacts, intended to match Thanos’ physical attacks.

The Mark LXXXV is the most advanced and capable Iron Man suit that Tony Stark ever built, but that isn’t the only reason why it sits a notch above all the rest. There is an emotional attachment to the Mark LXXXV that can never be matched by any other suit. Tony died wearing the Mark LXXXV after single-handedly sacrificing himself to save his friends and Earth as we know it. If the Mark LXXXV can withstand the use of the Infinity Stones and protect everyone else from harm, it means that Tony Stark truly built the most flawless armor of all time.