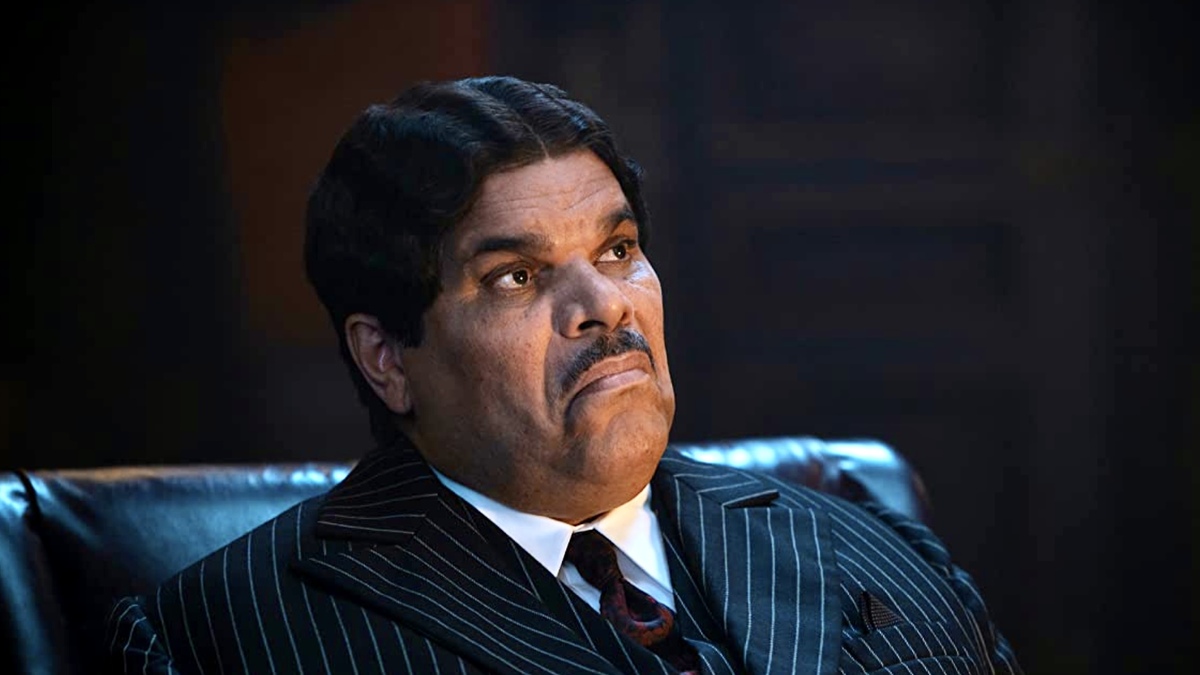 Luis Guzmán is one of the most prolific Puerto Rican actors to have graced our screens. The charismatic actor has such a robust filmography, it’s sometimes difficult to keep count, and from his leading roles, to his plethora of supporting performances, he always stands out. What’s even more impressive is his range, starring in a variety of genres, from crime dramas, to romantic comedies, medical dramas, and all the way to period pieces.

After earning a degree at The American University, Guzmán had to pick up a job as a social worker in order to uphold himself and his dreams of becoming an actor. Interestingly enough, it was in the midst of looking for a missing youth from his social worker program that he landed his first acting gig. While this role opened other doors for him, it was in Brian De Palma’s 1993 classic Cartlito’s Way that Guzmán was put on the map, playing Pachanga, a Nuyorican criminal’s bodyguard. Since his breakthrough, he’s gone on to star in several television shows and movies.

Here is a ranking of the best projects Guzmán has starred in, from the least to the best.

How to Make It in America is an American comedy-drama television series created by Ian Edelman for HBO. The series, which was unfortunately axed after just two seasons, revolves around the lives of Ben Epstein, Cam Calderon and Domingo Brown as they struggle to succeed in New York’s streetwear game. Here, Guzmán is Rene Calderon, Cam Calderon’s shady cousin who’s also a struggling entrepreneur. Other actors that stars along Guzmán in this comedy-drama include: Bryan Greenberg who plays Ben Epstein, Victor Rasuk who plays Cam Calderon, Scott ‘Kid Cudi’ Mescudi who plays Domingo Brown, Lake Bell, and Eddie Kaye Thomas, among many others.

Between Sept. 19 to Oct. 17, 2003, Guzmán starred in the eponymous show Luis, which aired on FOX. The now canceled show sees Guzmán play himself: a landlord of a building in Spanish Harlem, from which he runs a donut shop. Even though it’s one of Guzmán’s more obscure works, it features some of his best acting work till date. The sitcom, which was written by Will Gluck features other names like Charlie Day, Wes Ramsey, Jaclyn DeSantis and others.

8. The Count Of Monte Cristo

This American historical adventure film, an adaptation of the 1844 novel of the same name by Alexandre Dumas, sees Guzmán play Jacopo, a smuggler that befriends Edmond Dantès — a second mate of a French merchant vessel who was wrongly imprisoned — and is rewarded with his own ship and crew. The film, led by Jim Caviezel, features other stars like Guy Pearce, Dagmara Domińczyk, Michael Wincott, Henry Cavill, James Frain, and others.

In this star-studded crime drama film directed by acclaimed director Steven Soderbergh, Guzmán is Ray Castro, a DEA agent who is hunting down the Obregon Brothers — the heads of a powerful Mexican cartel known as the Tijuana Cartel — along with his partner, Montel Gordon. The film generally explores illegal drug trade amongst the various hands that it passes through. Along with Guzmán, Don Cheadle plays Guzmán’s partner, Montel Gordon, while other notable stars like Benicio del Toro, Michael Douglas, Jacob Vargas, Catherine Zeta-Jones, Topher Grace, Steven Bauer, Viola Davis, and even Ludacris all appear in the film.

The Bone Collector is a 1999 American crime thriller based on a crime novel of the same name. It follows Denzel Washington — who plays Lincoln Rhyme, a disabled homicide detective — who teams up with Angelina Jolie — who plays Amelia Donaghy, his partner — to bring down a serial killer. Other members of the cast in this crime thriller include Queen Latifah, Michael Rooker, Mike McGlone and many more, and Guzmán shines in his role as Eddie Ortiz.

Fans can’t help but hold out hope that the talented Guzmán will appear again in the second season of Netflix’s hit series Wednesday as the famous Gomez Addams. His role might have been a guest-starring one, but it’s hard not to love Guzmán and all his charm and wit on screen.

Directed by Brian De Palma, Carlito’s Way, a 1993 American crime drama, is where Guzmán first truly steals the spotlight due to his excellent acting work. He plays Pachanga, a treacherous bodyguard who works for a notorious Nuyorican criminal named Carlito Brigante. Upon release, Carlito’s Way scored positive reviews from critics, but underperformed at the box office. The film has become a cult classic nonetheless, and a prequel film was released twelve years after the original.

This 1997 American period comedy-drama film written and directed by renown filmmaker Paul Thomas Anderson is arguably the best thing Guzmán has ever starred in. The classic film, which premiered at the 1997 Toronto International Film Festival, follows the life of Eddie Adams, also known as Dirk Diggler, a young dishwasher who made his way to becoming a star in the pornography industry. It’s an incredibly appealing and groundbreaking film, earning stellar reviews, and went on to receive a Best Original Screenplay nomination at the Academy Awards.