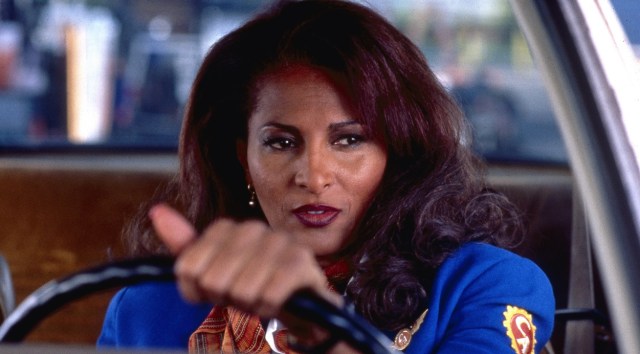 There are plenty of great movies that are leaving the streaming platform HBO Max this month. The list includes everything from Hollywood classics like the original A Star is Born (1954) to films by famed directors like Martin Scorsese’s The Aviator (2004). The streaming service is also letting a host of horror films go including Friday the 13th (1980), Poltergeist (1982), and Nightmare on Elm Street (1984).

There are tons of noteworthy films that we could recommend you catch this month, but we have narrowed our list down to a more manageable amount. Here are 10 films that are leaving HBO Max this November that you should check out:

HBO Max has an array of classic films through the Turner Classic Movies collection. Gaslight is one of them, starring Ingrid Bergman as Paula Alquist, a young woman whose husband slowly manipulates her into thinking she is going insane. Paula witnessed her aunt’s murder as a child. Years later, she is training to become a singer but gives it up for love with pianist Gregory Anton (Charles Boyer). However, married life doesn’t go well as Paula’s heirloom goes missing and then a picture on the wall. Gregory denies noticing these things, leading Paula to become more paranoid. It’s an effective psychological thriller that is so much slower in pace when compared to modern films of the genre. This works to the film’s benefit as viewers get sucked into its rhythm along with its central deceit. Alongside a great villain performance by Boyer, Bergman won her first Academy Award for Best Actress for this film.

Anna Karenina is adapted from Leo Tolstoy’s 1977 novel of the same name. It follows a Russian aristocrat named Anna (Keira Knightley), wife of statesman Alexei Karenin (Jude Law), and her affair with Count Vronsky (Aaron Taylor-Johnson). Following Pride & Prejudice (2005) and Atonement (2007), it’s the third project that director Joe Wright and Keira Knightley have collaborated on. While some critics considered the move more style over substance, Wright’s approach to setting most of the action on a theater stage is refreshingly unique. The stage works to focus on the inauthentic societal charades that the characters engage in throughout the film. Sets form as the characters interact and we even see some costume changes occur. The detail required to choreograph every movement on screen is ambitious and deserving of at least one watch.

Inside Man sees director Spike Lee working within the mainstream Hollywood system to make a bank heist thriller. It has an all-star cast with Denzel Washington as Detective Keith Frazier, who negotiates with a hostage situation for the NYPD, Clive Owen as the orchestrator of the heist, Christopher Plummer as the bank founder who tries to hide away his secrets in a bank vault, and Jodie Foster as a fixer who protects the bank founder’s interests. The film boasts memorable characters and smart plot twists that keep the narrative engaging. It uses the genre to touch on ideas of financial and police corruption – topics still relevant to this day. The film’s entertainment value makes it endlessly rewatchable.

Christopher Nolan’s World War II film is leaving HBO Max on Veteran’s Day (November 11). It follows the story of how every available naval and civilian ship was used to rescue Allied troops from the beaches of Dunkirk in northern France. The film follows three different perspectives — land, sea, and air — as well as various characters entrenched in the chaos including a soldier (Fionn Whitehead), a pilot (Tom Hardy), a sailor (Mark Rylance), and a commander (Kenneth Branagh). Nolan portrays the evacuation with little dialogue, instead relying on cinematography (Hoyte van Hoytema) and musical score (Hans Zimmer) to build suspense.

The central joke of this satirical film is that Washington D.C. elites take the ramblings of the simple-minded Chance (Peter Sellers) about gardening for profound statements about politics. He becomes both a celebrity in the city and a presidential advisor. This is one of Sellers’ great performances toward the end of his career, again serving as a blank canvas to which widely differing types of characters could be portrayed. It’s noteworthy that Sellers can go from the over-the-top nature of Dr. Strangelove (1964) to this performance, which is underplayed to humorous results.

The Aviator was one of Leonardo DiCaprio’s efforts to transition from teen phenomenon to leading man. It’s part of a trilogy of works with famed director Martin Scorsese with Gangs of New York (2002) and The Departed (2006). DiCaprio’s best actor nomination was well-deserved, portraying charm and confidence as Howard Hughes in his prime and tragedy during the man’s decline in the 1940s. Scorsese explores the life of Hughes, showing his experiences as a filmmaker with Hell’s Angels (1930) and Scarface (1932), and airline business magnate. The film also depicts his eccentric behavior and reclusive lifestyle due to his obsessive-compulsive disorder. It critically links Hughes’ ailments with an American industry and culture that pushes wealth and progress above all else.

In The Truman Show, Jim Carrey plays Truman Burbank, a man who lives an idealized suburban life with his wife, Meryl (Laura Linney). What he doesn’t know is that his entire life is a TV show that is viewed around the world. During the film, Truman becomes suspicious of the coincidences that occur in his daily life, setting him off on a journey to discover the truth. The power of the film is its ability to harness Carrey’s humor and unexpected poignancy that he showed in future movies like Eternal Sunshine of the Spotless Mind (2004). In addition to the great performances, Peter Weir’s film is prophetic, satirizing the power of media in our lives and the resulting commercialism at its core. It also examines the American Dream, especially through the lens of 1950s and 1960s sitcoms set in American suburbia.

There’s an opinion among film fan circles that only the first half of Full Metal Jacket works. The depiction of the U.S. Marine’s brutal training regimen with memorable performances from R. Lee Ermey as the fierce drill sergeant and Vincent D’Onofrio as the fragile Gomer Pyle. The second half shifts to the Vietnam War and follows Private Joker (Matthew Modine). This section is arguably more conventional but perhaps equally as effective. The film shows how the depravity of military culture changes people in the first half and how war and forcing people to kill others affects us in the second. It’s a classic film by one of film history’s most revered directors and definitely deserves a watch.

Unforgiven may have been the start of the second phase of Clint Eastwood’s Hollywood career. It marked his turn into an Oscar-caliber actor and director, earning Best Picture and Best Director wins at the Academy Awards. He was also nominated for Best Actor as William Munny, a former killer and outlaw now living a life as a widower and pig farmer. He returns to his former life when his livestock falls to disease, searching for cowboys who attacked a sex worker in exchange for a large bounty. The film reckons with Munny’s criminal past and his thoughts with perhaps committing more. Unforgiven works well as an examination of violence in both American history and media and the quest for redemption. It’s the perfect film made for an older Eastwood who waves farewell to the Western genre that pushed him to the forefront as an actor.

Jackie Brown is perhaps Quentin Tarantino’s most underrated film. While some considered it a disappointment at the time of its release, especially after he came out of the blocks with Reservoir Dogs (1992) and Pulp Fiction (1994), Jackie Brown is one of the director’s most mature films. It’s an adaptation of Elmore Leonard’s Rum Punch that doesn’t sacrifice Tarantino’s style to give the characters more emotional resonance. The central romance between Jackie Brown (Pam Grier) and Max Cherry (Robert Forster) is heartwarming and explores themes of aging. The film also pays tribute to Blaxploitation films of the 1970s, many of which Grier starred in. Like all Tarantino films, one of the best parts may be the soundtrack, which includes many soul songs such as “Across 110th Street” by Bobby Womack.