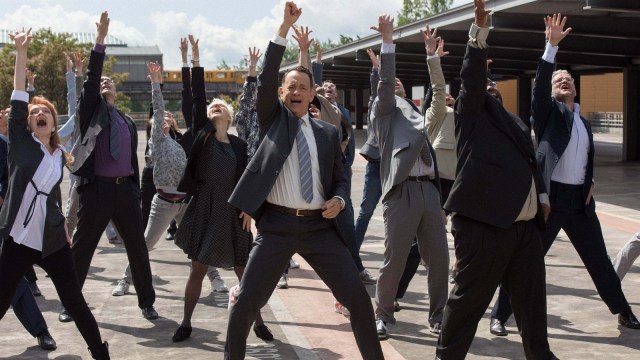 Everyone loves Tom Hanks, who fully deserves his reputation as America’s Dad, and that means a whole lot of people will head down to their local multiplex to see his latest movie based solely on his involvement. Of course, the success rate is far from 100 percent, which saw A Hologram for the King go down as the biggest bomb of a distinguished career.

While the two-time Academy Award winner has starred in several films that earned less money at the box office, they were either cheaper to produce, or affected by extenuating circumstances in the case of Netflix hybrid News of the World. Armed with a $35 million budget, Tom Twyker’s dramatic comedy couldn’t even rustle up $12 million in ticket sales, a shocking return for a Hanks-led picture.

It was even more surprising to see A Hologram for the King go down in a ball of box office flames because reviews were generally strong across the board, with over 150 critics deeming it worthy of a robust 70 percent score on Rotten Tomatoes. It’s taken a while, but six years after tanking, the tale of two Toms has finally found an audience… with a catch.

As per FlixPatrol, A Hologram for the King currently ranks as the fourth most-watched title on Freevee, the service formerly known as IMDb TV. The deal-making story finds Hanks’ businessman partner up with a doctor and a taxi driver to sell his failing company’s products to a rich monarch, with plenty of roadblocks and surprising interpersonal dynamics thrown up along the way.