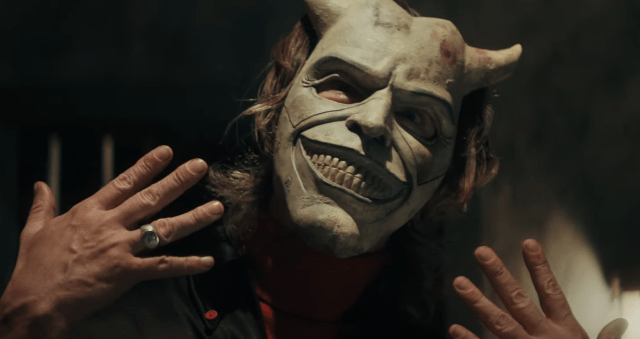 The Black Phone, the latest project to come out of Blumhouse Productions before Halloween Ends hits later this year, was another round of rousing, spine-tingling success. Boasting an 82 and 89 percent approval rating on Rotten Tomatoes with critics and audiences, respectively, the Ethan Hawke-led horror flick seems to have dialed the right number.

But for a film that was just over an hour and a half, there was a sizable heft to its mythos; what happened to Finney’s mother? What were her powers? What did The Grabber go through as a child? The film’s many nuances left a lot of strings to be pulled at, and perhaps the runtime of the film didn’t allow it to reach its full potential.

But the potential could be reached yet if we all keep an open mind about the future if director and co-writer Scott Derrickson is to be believed. In an interview with Movie Web, Derrickson mused on the possibility of expanding the world of The Black Phone with a sequel, saying that despite how far in the future it would be if it did happen, he would certainly be on board.

It’s something I’m very open to. Of course, the studio would like that because it was such a big hit. But my gosh, the movie is still in theaters. I haven’t had time to really contemplate what that would be yet. But I’m certainly open to the idea because I do love it and the characters. It feels to me like there could be more.

The Black Phone is currently playing in theaters.