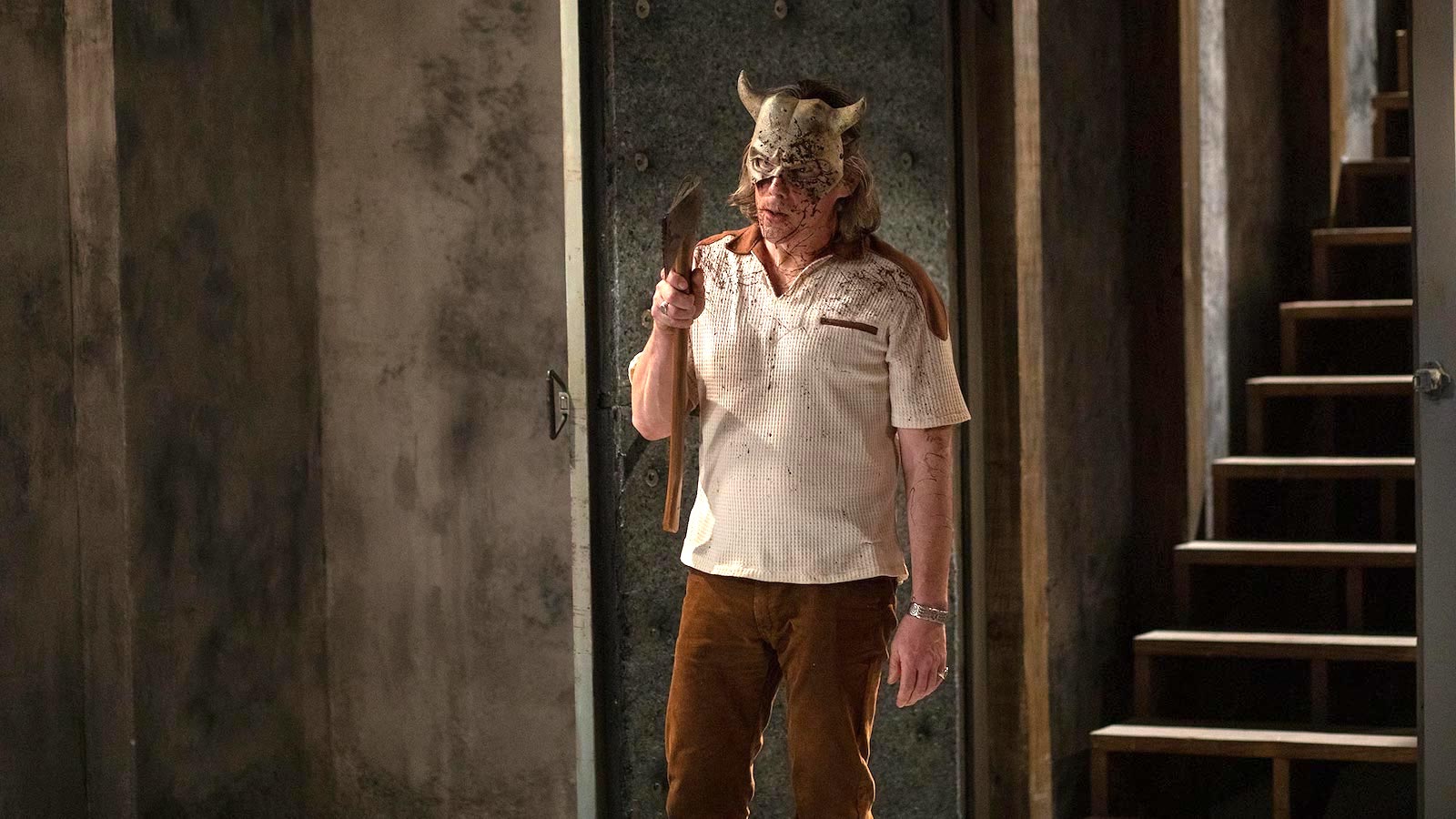 The Black Phone, the latest escapade out of Jason Blum’s Blumhouse Productions, is mere days away from frightening filmgoers on the big screen, and the hype surrounding Scott Derrickson’s horror-thriller keeps on ringing, as its Rotten Tomatoes approval rating currently sits at one hundred percent after 28 reviews.

The film stars cinema veteran Ethan Hawke (Moon Knight, The Northman) alongside newcomer Mason Thames, who portrays timid pre-teen Finney who is abducted by a serial killer known as The Grabber (Hawke). While trapped in The Grabber’s soundproof basement, Finney discovers a mysterious, disconnected telephone that allows him to speak to the killer’s past victims. With the help of his ill-fated brethren, Finney attempts to escape.

Bloody Disgusting praised the performances of the cast in particular, as well as its ability to land its horror beats:

Derrickson and Cargill revive the same traits and structure of Sinister to transform Joe Hill’s short into a feature-length nightmare full of ghostly kids, violence, scares, and a trio of unforgettable performances.

The Hollywood Reporter, meanwhile, took note of its ability to capture the essence of the short story the film is based on without compromising on what it can expand on in cinematic form:

The Black Phone expands on a short story in ways that feel very true to the source material while significantly enhancing its theatrical appeal.

And IndieWire gave particular praise to the film’s light-at-the-end of the tunnel message.

A film with a bleak yet entertaining reminder that horror is omnipresent, but sometimes you can find a lifeline in the darkest of hours if you just listen.

Whether the anticipated horror flick can maintain a perfect score as more reviews come in, remains to be seen, but it’s a promising start, at the very least, for what’s undoubtedly Hawke’s darkest role to date.

The Black Phone hits theaters in the United States on June 24.