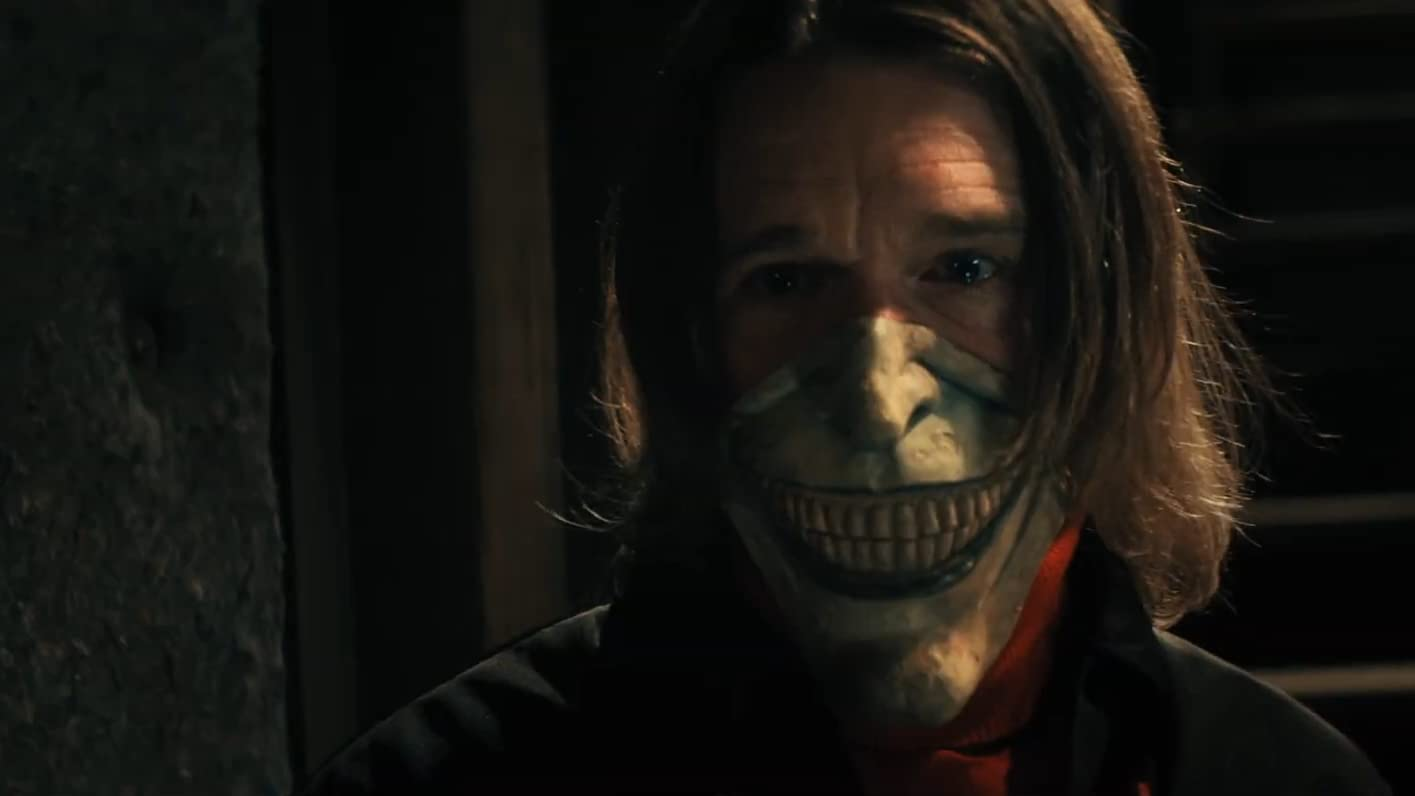 The Black Phone is set to terrify audiences all over in just a week from now, and the next big Blumhouse production is set to star up-and-coming spotlight-stealer Mason Thames, previously known for his roles in the television series’ Evel and For All Mankind. The Black Phone will be his first film role.

Thames stars as Finney Shaw, a young boy who falls into the hands of a serial killer known as The Grabber, portrayed by Ethan Hawke. As time passes in the depths of The Grabber’s soundproof basement, Finney discovers a mysterious telephone that allows him to speak to previous victims of the killer. Using this newfound help from beyond the grave, Finney plots his escape.

It’s as chilling a premise as it is fascinating, but the horror doesn’t tend to carry over behind the scenes, as Thames revealed in an interview with The Hollywood Reporter. He did, however, note that the disturbing mask worn by Hawke’s character took some time to get used to.

“I was wondering if it was scary to film a horror movie. It’s not at all. It’s so much fun. And Ethan’s performance is so great, so my inner self was kind of smiling at it. One time, Scott had to literally look at me and say, ‘Mason, stop smiling.’ Seeing the mask that Ethan was wearing definitely was scary. But after it was all over, he’s the nicest person ever.”

The young actor would continue to note how Hawke’s geniality made the production all the more pleasant to shoot.

“I remember one of the first scenes where there was a bit of stunt work and afterward he asked me, ‘Hey, kid, are you all right?’ and I think he gave me kind of a noogie on the head.”

This account wildly contrasts with the character that Hawke plays in the film, with many declaring The Grabber as the most terrifying character Hawke has ever portrayed, an assertion that’s sure to pique the interest of horror fans of all sorts.

The Black Phone releases to theatres in the United States on June 24.