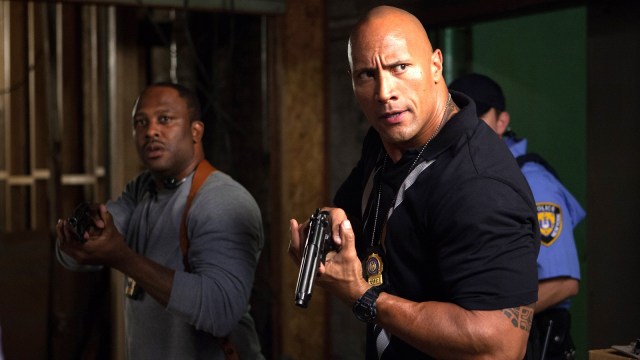 Dwayne Johnson has never been shy in admitting he makes movies almost exclusively and explicitly for his fans, which is why so many of his projects are cut from a remarkably similar cloth. In fact, it’s been almost a decade since he appeared in a relatively straightforward drama, but the response to 2013’s Empire State indicates that it might be a while before we see him in the genre again.

The A-list superstar, who also happens to be the highest-paid and arguably most popular actor in the industry, has starred in dozens of movies since transitioning from the squared circle to the silver screen. However, not a single one of them has fared worse among audiences on Rotten Tomatoes than Empire State, which holds a career-low user rating of just 24 percent.

That’s worse than Doom, Southland Tales, Walking Tall, and even Tooth Fairy, the latter of which ranks at the bottom of the pile from a critical perspective. And yet, because a lot of people are willing to check out anything with The Rock in it, Empire State has embarked on a surge up the streaming ranks.

As per FlixPatrol, the story of Johnson’s stern detective trying to apprehend Liam Hemsworth and Michael Angarano’s out of their depth criminals has become the 12th-top title on HBO Max’s global charts, having landed on the Top 10 in 20 different countries. Empire State is uninspired, sure, but does it deserve to be held in less esteem by the general public than Tooth Fairy? Almost certainly not, but the numbers don’t lie.