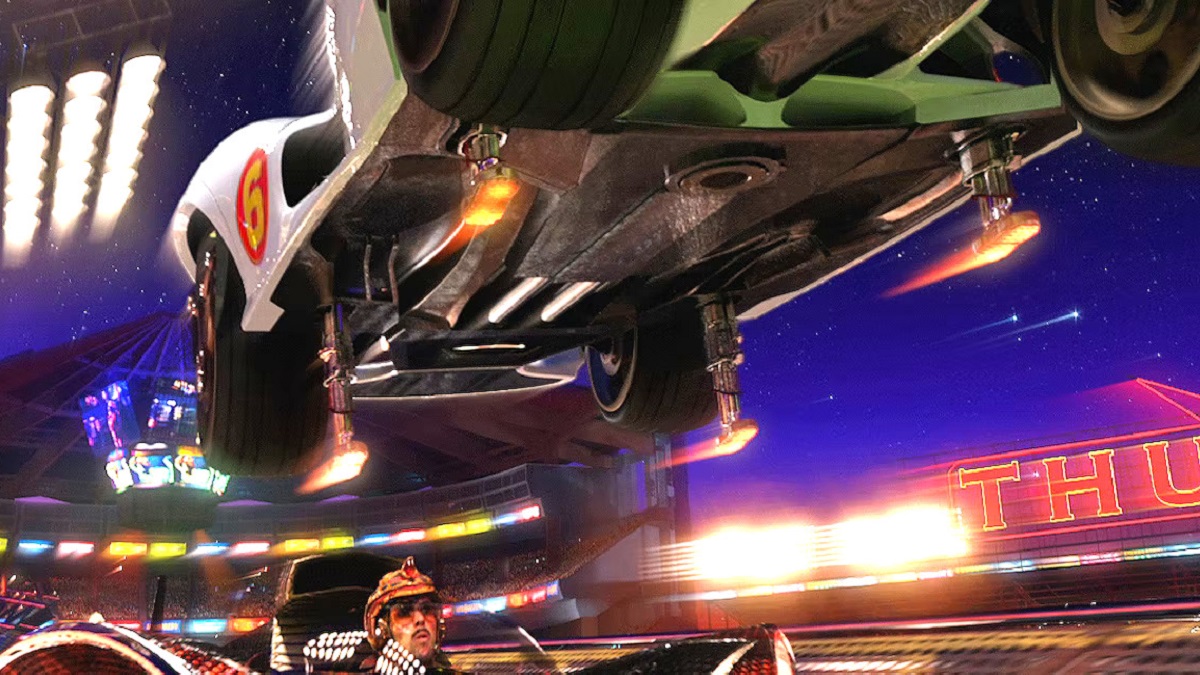 As the first feature to be directed by the Wachowskis following the conclusion of the The Matrix trilogy, 2008’s Speed Racer was viewed a a pivotal moment in the careers of the filmmaking duo.

They may have changed the face of cinema forever when Keanu Reeves and his leather-clad associates burst onto the scene in 1999, but the sequels suffered from a huge dip in quality, with critics and fans alike left severely underwhelmed by the overindulgent and borderline-pretentious end to a story that had the potential to go down as a classic.

Leaning even harder into their own fandom for inspiration, the Wachowskis embraced their adoration for the manga and anime iterations of Speed Racer to deliver a candy-colored $120 million exercise in stunning visuals, cutting-edge effects, eye-popping set pieces, counteracted by a completely and utterly uninvolving, uninteresting, and tedious narrative.

It tanked at the box office after recouping only $93 million of those hefty production costs from theaters, while a 41 percent Rotten Tomatoes score underlined the critical apathy. Speed Racer has become a cult favorite over the years, though, but a recent debate on Reddit has summed up the film’s issues in microcosm.

The first 15 or so minutes are described in such glowing terms as a “masterclass,” “sheer perfection,” and “mind-blowing,” but the problem is that Speed Racer runs for 135 of them. We’re not saying the praise (no matter how hyperbolic) isn’t warranted, and the bonkers action epic has endured as a favorite for a reason, it would have just been preferable were more than a fraction of the runtime capable of being held in such high esteem.