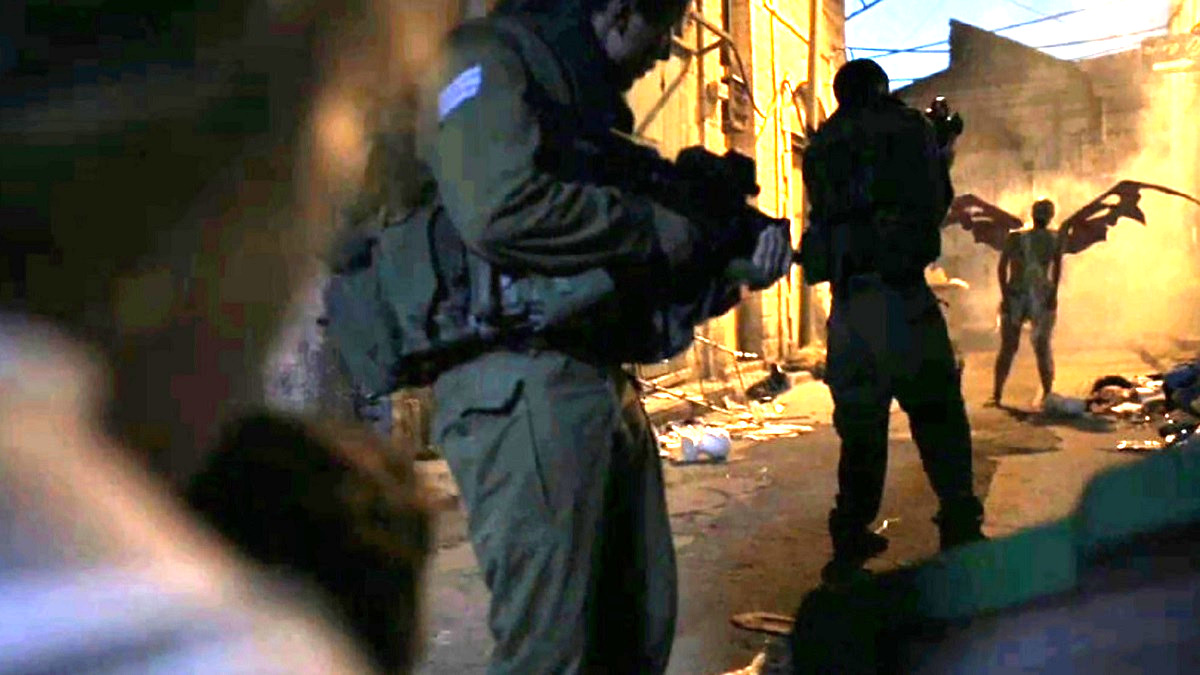 We’ve been hearing for years that it’s becoming increasingly difficult to put a fresh spin on any permutation or subgenre relating to horror, but writer/directors Yoan and Doron Paz laughed at the mere thought of it when they unleashed JeruZalem upon an unsuspecting world in 2015.

Throwing ingredients that really shouldn’t go together into the cinematic blender and then tossing the results up onto the screen without a care in the world, the duo delivered a found footage terror set in The Holy City that finds a trio of tourists facing the fight for their lives when undead demons launch a full-scale assault after being unleashed as revenge for a botched exorcism in 1972 that saw Jewish, Muslim, and Christian priests join forces to perform an exorcism on a woman who was shot and killed.

If that sounds positively insane, that’s because it is, but unfortunately JeruZalem was substantially less than the sum of its uniquely-assembled parts. Perhaps the most surprising thing about the film is that it didn’t create any notable controversy whatsoever, probably because of the middling reviews.

Despite a lukewarm 54% Rotten Tomatoes score and 57% user rating, Paramount Plus subscribers have opted to spend their time witnessing what has to be the only movie of its kind, at least until the long-delayed sequel does or doesn’t arrive as planned next year. As per FlixPatrol, JeruZalem has notched a place on the platform’s global most-watched list, proving especially popular in Spain after reaching as high as fourth.