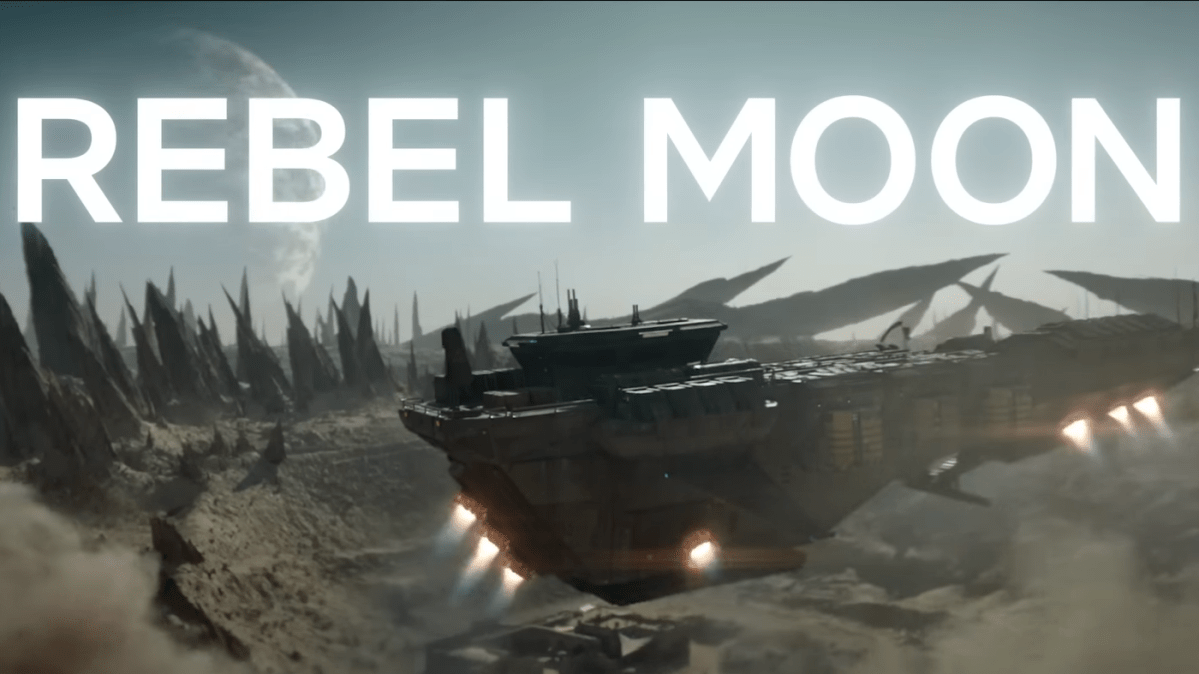 Zack Snyder fans have had a rough few months. For a brief shining moment, it seemed that there was a chance that DC’s Snyderverse could be back on track: Henry Cavill was returning as Superman, Ben Affleck is making two appearances at Batman, and new DCU boss James Gunn and Snyder are old friends.

But, sadly, Warner Bros look to be abandoning the past and striking out for a new Snyderless future. But all hope isn’t lost, as the man himself has been beavering away on his Netflix passion project Rebel Moon. This is a space opera about a peaceful colony threatened by invasion from a galactic tyrant and a young woman must assemble a team of powerful off-world warriors to defend her planet.

Now we have our first brief footage from the movie, via Netflix’s 2023 ‘Save the Date’ movie preview video. There’s only a second or so of Rebel Moon footage, but here’s our first look at it in motion:

This also confirms that Rebel Moon will premiere on Netflix on Dec 22, which feels like a long way away now but will be a relief to those predicting a 2024 release date.

This is merely the first installment in Snyder’s answer to Star Wars. The shoot concluded in late 2022, with that including a lot of footage shot for an already greenlit sequel Rebel Moon Part 2. Beyond that expect more spinoffs and multimedia related to the property, with Snyder saying he wants this to become “a massive IP and a universe that can be built out.”

Finished shots may indicate a trailer isn’t far away, but at least we have a date to mark in the calendar.