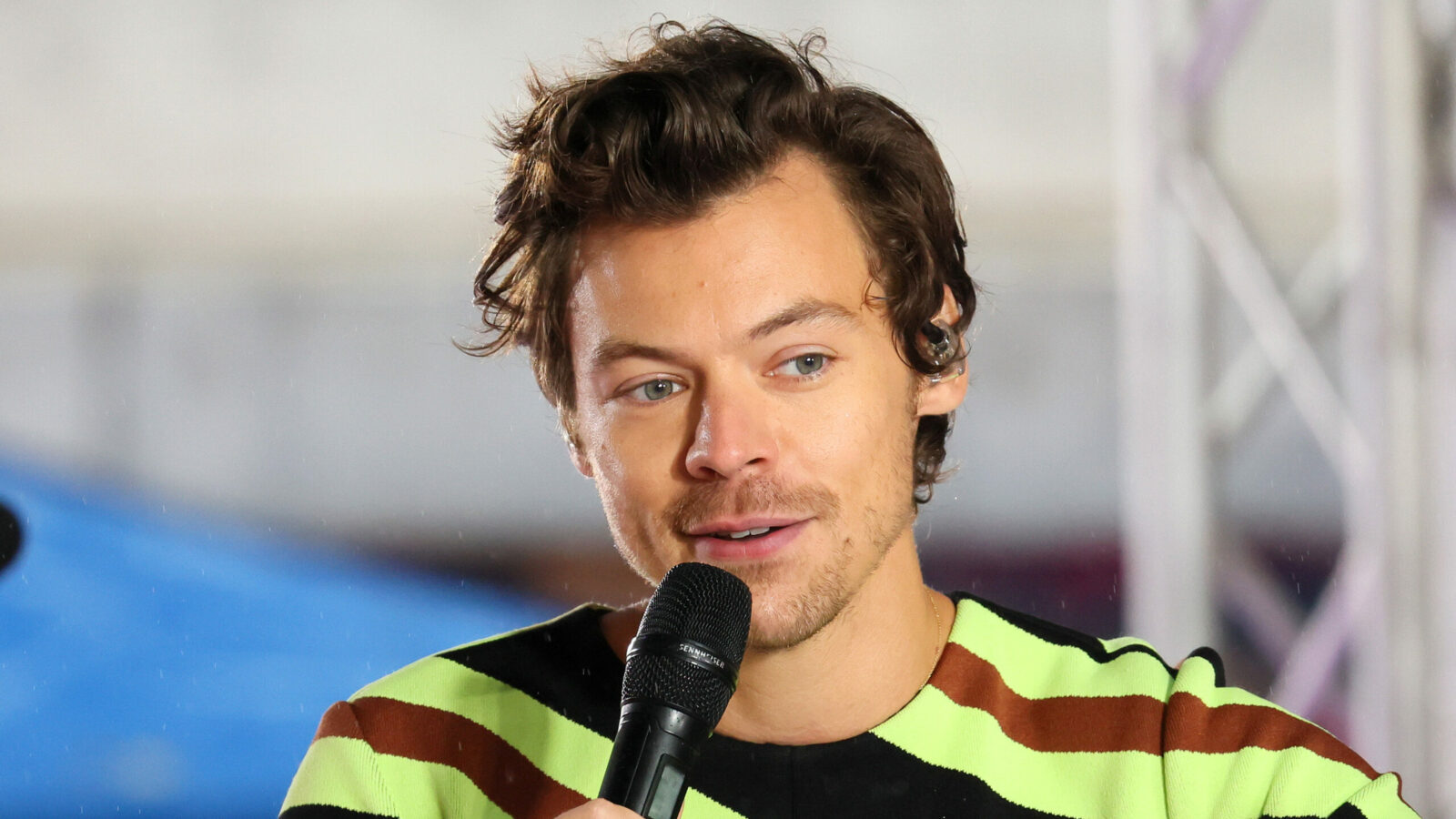 The first peek at upcoming Harry Styles led film My Policeman is here.

Vanity Fair has revealed the first images of the much-anticipated Bethan Roberts novel adaptation starring Styles in the titular role of Tom Burgess, The Crown‘s Emma Corrin as his wife Marion Taylor, and The Last Kingdom’s David Dawson as Patrick Hazlewood, Burgess’ lover.

The narrative is split between two timelines. In 1957 Brighton, in England, Burgess, a closeted policeman, navigates his sexuality at a time when being gay was against the law. He marries Marion to feign normality, but can’t help falling in love with a museum curator named Patrick. Forty years into the future, Tom and Marion are compelled to take in Patrick after he suffers a stroke.

Directed by Michael Grandage, the movie is a screen adaptation of the 2012 romance novel of the same name by Bethan Roberts.

Styles, who made his movie debut in Christopher Nolan’s Dunkirk, had yet to take on a leading role until he joined My Policeman, as well as Olivia Wilde’s Don’t Worry Darling, both coming out later this year.

My Policeman is partly produced by ex-soccer player Robbie Rogers, who was one of the first professional players to come out as gay back in 2013. The Bethan Roberts novel played a significant role in Rogers’ acceptance of his sexuality and he partnered with his boyfriend Greg Berlanti, as well as Sarah Schechter at Berlanti Productions, to bring it to the big screen.

My Policeman is expected to hit U.S. and U.K. theaters on Oct. 21 and come out on Amazon Prime Video Nov. 4.