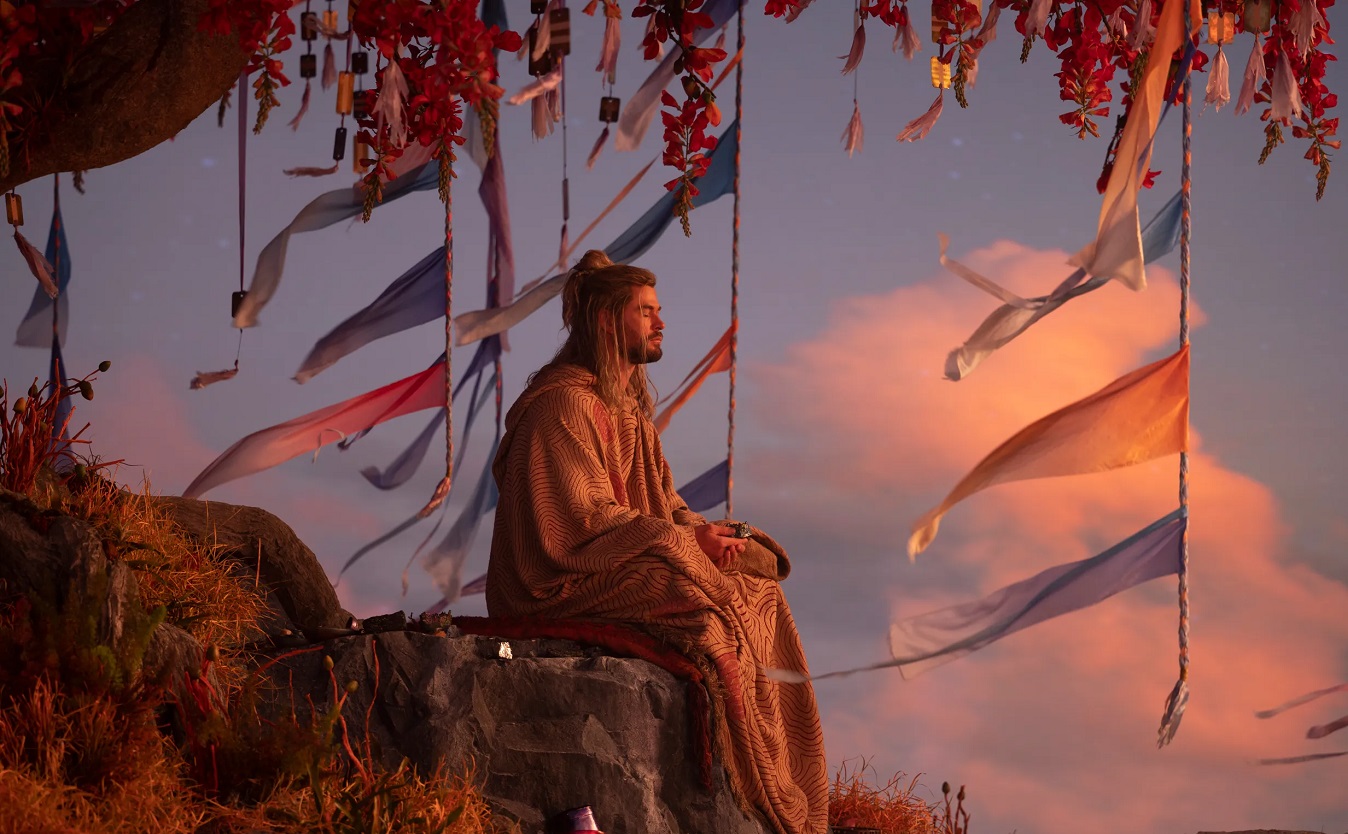 After going through the most traumatic period of his life and losing his dad, brother, entire home, and close Avenger friend, Chris Hemsworth’s God of Thunder is now on a spiritual journey in Thor: Love and Thunder to find his purpose in life.

While that journey will almost certainly push him out of the frying pan and into the fire, Odinson is still going to get a few moments of respite in Taika Waititi’s highly-anticipated sequel. At least that’s according to this new still image (via USA Today) that shows the titular protagonist in a deeply meditative state. Check it out below.

The last time we saw Thor was in the final moments of Avengers: Endgame. After abdicating the throne of Asgard, Odinson joins the Guardians of the Galaxy on Benatar in the hope of finding his identity again. Thor: Love and Thunder picks up the story right there, though the movie’s first trailer reveals that the God of Thunder is still unsure about what to do with his life now that he’s no longer an Avenger and nor the crown prince of Asgard.

Joining Chris Hemsworth’s Thor for this fourth installment will be Natalie Portman’s Jane Foster, who’ll be adopting her Mighty Thor persona by picking up Mjolnir. Other returning cast members include Chris Pratt as Peter Quill, Tessa Thompson as Valkyrie, Jaimie Alexander as Lady Sif, Jeff Goldblum as Grandmaster, and the rest of the Guardians ensemble, in a narrative that’ll supposedly pit them all against Gorr the God Butcher, portrayed by Christian Bale.

Thor: Love and Thunder opens in theaters on July 8.