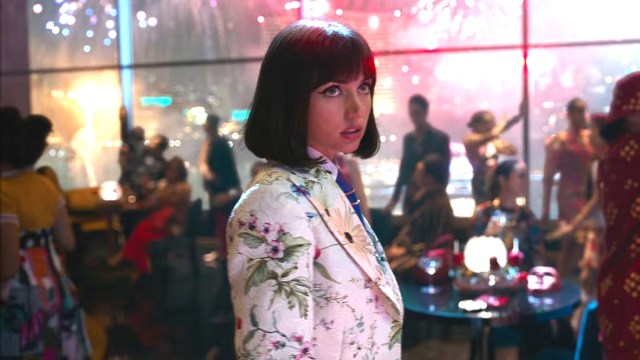 Fans of Ana de Armas complained about Paloma not getting nearly enough screentime in No Time to Die, and it seems that Hollywood heard them loud and clear, because the actress is once again returning as a CIA agent in forthcoming Netflix original The Gray Man.

This time around, de Armas will be playing opposite Ryan Gosling and Chris Evans instead of Daniel Craig’s James Bond, in a leading role that will give her a solid opportunity to exhibit the full range of her badassery as an action heroine, not just a 5-minute moment in the spotlight as a Bond girl.

What’s more, according to what the actress has recently revealed during the press event for The Gray Man, she actually consulted a CIA agent to prepare for the role of Dani Miranda.

“I had a very interesting conversation with a CIA agent who was helping me to understand how it works inside the Agency. He talked to me about the mindset. He said you have a mission. You have a boss. You have rules you have to follow. You’ve been working really hard to get where you are, and your reputation and everything you’ve done in your life, this matters the most.

You don’t want to just throw everything away. You have to stick to what you’re doing. The job is the most important thing. But more than that, ultimately, you always do the right thing. I feel like there is a point in the movie when that clicks inside her.”

The Gray Man is an action thriller helmed by the folk who brought you the last two Captain America and Avengers movies. It is also the most expensive original movie by Netflix to date, which means that the streaming giant literally has a lot of money riding on its success.

In just a few days, the Russo brothers’ new flick is having a one-week theatrical run, before making its way to streaming on July 22.