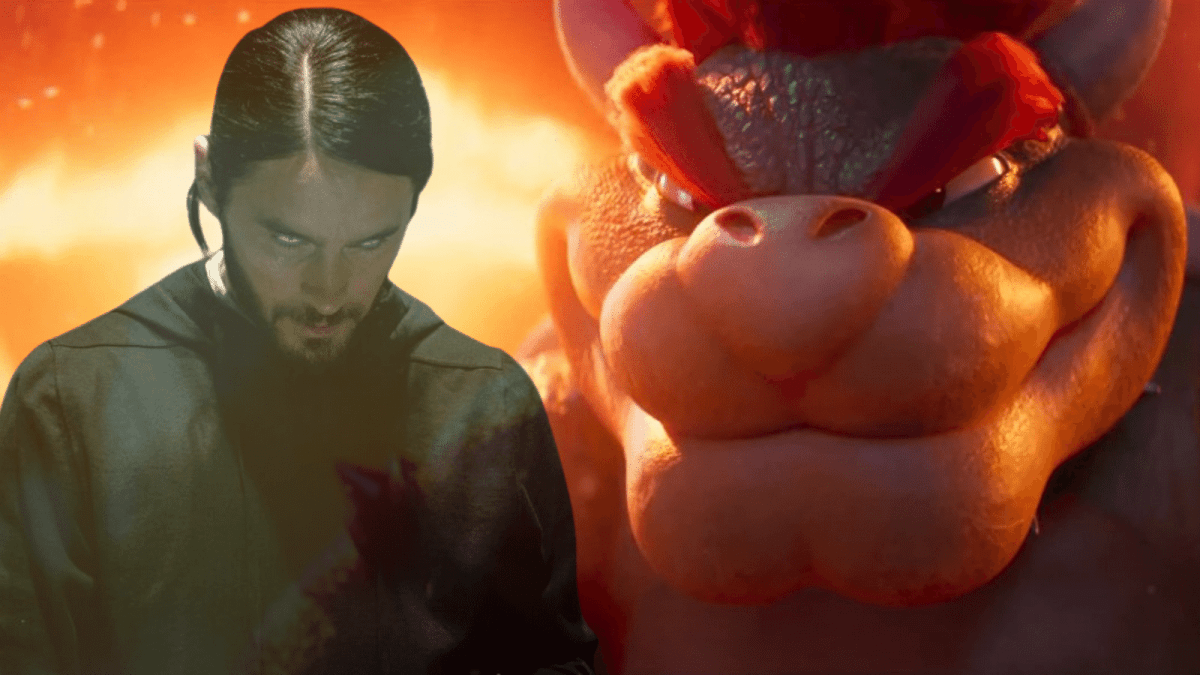 The day’s initial reactions to the first look at The Super Mario Bros. Movie are winding up, which mostly entailed a lukewarm reception for Chris Pratt as Mario and absolute fanfare for Jack Black as Bowser. The latter of those two has given a dead, but still side-tickling meme, a new lease on life.

‘It’s Bowsin’ Time’, is of course a reference to a film the internet loves to hate, which was hated to the point of delirious humor and back again – the infamous Morbius, starring 30 Seconds to Mars vocalist turned infamously obnoxious method actor Jared Leto as the titular character.

With an absolutely laughable 15 percent critic score on Rotten Tomatoes and a 71 percent audience score (which, we’re convinced is inverse review bombing for the sake of the bit), Morbius was universally despised. It got to a point where there were thousands upon thousands of variations of the phrase “My favorite part was when Morbius said ‘It’s Morbin time’ and Morbed all over the place” were circulating throughout the internet and leaving people in stitches.

The meme got so popular it even led to Sony re-releasing the film in cinemas, which was a gross misread and led to the film bombing all over again. But then the meme truly died once Leto himself decided to get in on the joke and Morbed all over it. Thanks for that, Jared.

Considering social media’s overall positive reaction to Jack Black as Bowser, we don’t think the intent behind ‘It’s Bowsin Time’ is to disparage a bad movie. We’ve only seen around two minutes of it so far, after all. But it still gave us a chuckle and a healthy dose of post-Morbatic giggles.