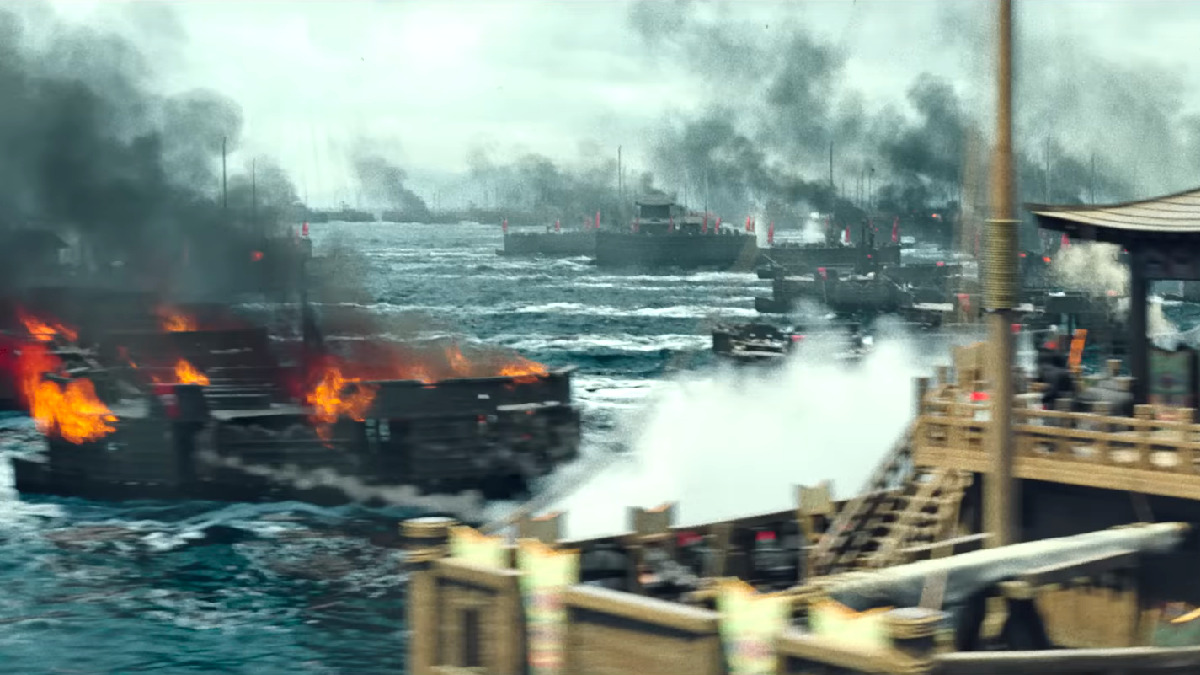 Following the post-Gladiator boom that briefly saw it become the industry’s favorite genre for a hot minute, genuinely great historical epics have become increasingly few and far between. In fact, you often have to look beyond the shores of Hollywood to find the finest recent examples, which is where Kim Han-min’s still-incomplete Yi Sun-sin trilogy comes in.

Kicking off in 2014 with The Admiral: Roaring Currents, only two of the sweeping war movies have been released so far, but concluding chapter Noryang: The Sea of Death wrapped shooting last year and is awaiting a release date. That leaves Hansan: Rising Dragon in the middle, with the jaw-dropping visual treat currently setting sail for the top end of the streaming charts.

As per FlixPatrol, the second highest-grossing Korean film of the year that earned $57 million from its theatrical run has become a Top 10 success story in multiple nations around the world, and it’s in with a genuine shot at flying the flag even higher by the time we reach the weekend. Reviews have been strong across the board, and a 129-minute running time is certainly on the short side given that projects of a similar ilk can regularly trouble three hours.

Unfolding in 1592, Park Hae-il’s Yi Sun-sin and his fleet find themselves battling against the Japanese navy and its ominous warships, the likes of which they’ve never seen before. However, our cunning protagonist has a secret weapon up his sleeve, and he prepares to deploy the Geobukseon – otherwise known as the “turtle ship” – to turn the tide. It’s a prequel to Noryang, though, so don’t go in expecting the story to be predictable.