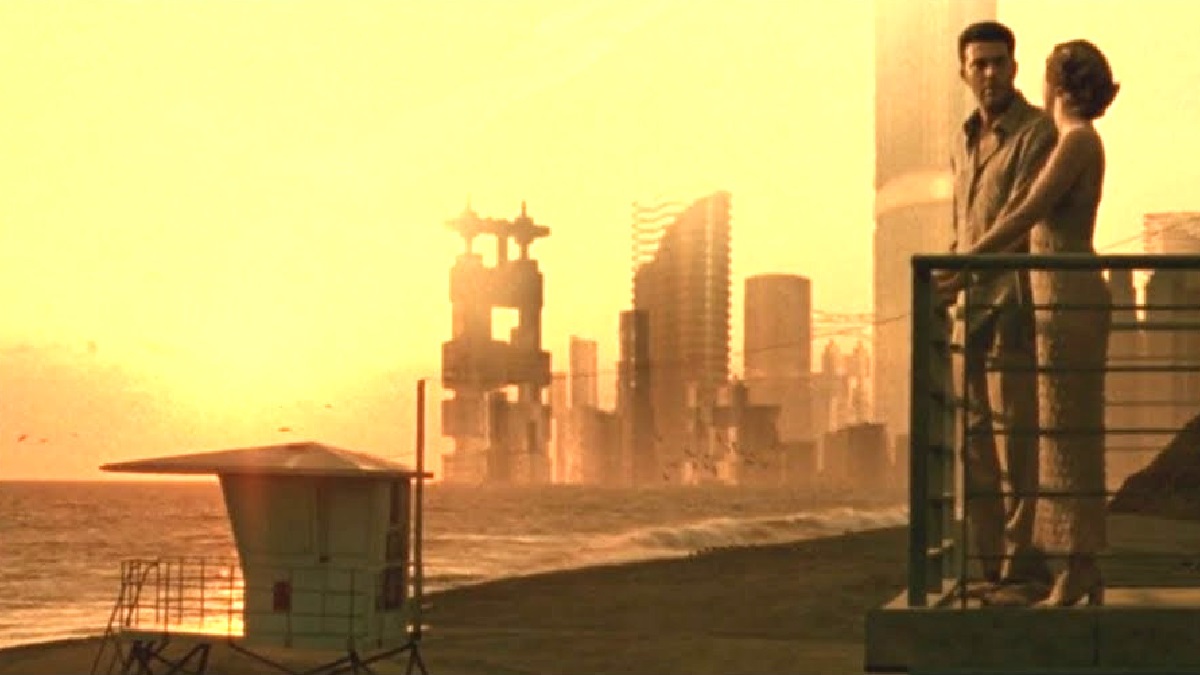 As technology continues to evolve at a rapid rate, countless sci-fi movies, TV shows, comic books, and novels that would have seemed far-fetched in the not-too-distant past have circled around to be prescient glances into something resembling a future we ended up living in. The Thirteenth Floor has evolved into one such film, but does it actually hold up?

Co-written and directed by Josef Rusnak, with Roland Emmerich listed as a producer, the ambitious folly was hardly lauded as a widely-adored slice of insightful cinema when it was first released in May 1999, where it went on to barely recoup its $16 million budget from theaters and score an underwhelming 30 percent rating on Rotten Tomatoes.

However, The Thirteenth Floor has slowly but surely been attempting to drum up cult classic status over the years, with Reddit the latest forum the overlooked and largely unremarkable effort has been placed back under the microscope of reappraisal.

Trying to sum up the plot without getting tangled in knots and revealing major spoilers is next to impossible, but the easiest way to put it is that The Thirteenth Floor revolves around a computer scientist running a VR simulation of the year 1937 who winds up dead, with his protege pegged as the prime suspect in a murder case when he wakes up next to a bloody shirt with no idea of what happened to his friend, colleague, and mentor.

From there, our intrepid hero dives deep into simulated reality to try and uncover the case, with the narrative unfolding at various points in 1937, 1999, and 2024, as the cast flits in and out of the different eras as a variety of different characters, leaving the audience to question what’s actually real, and what’s happening inside of a computer-created world.

Supporters of hard sci-fi will defend The Thirteenth Floor to the death, but there are plenty of others who ended up more confused, confounded, and disappointed more than anything else.